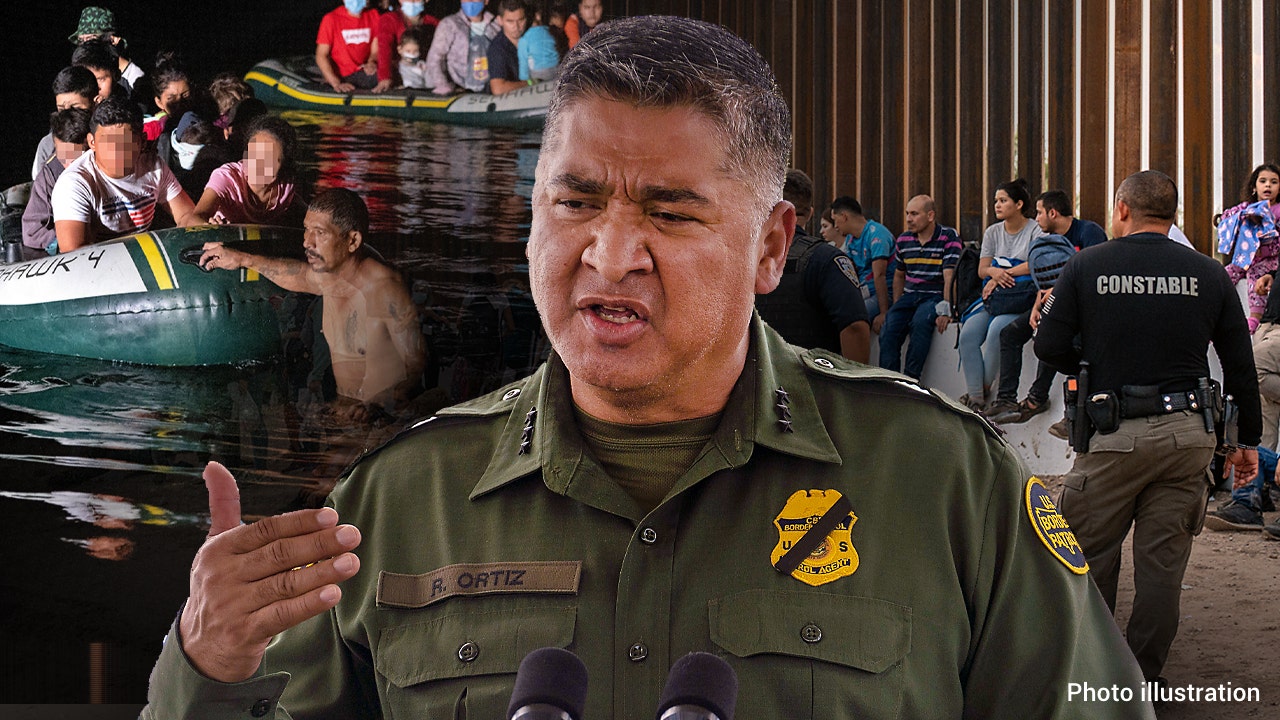 EXCLUSIVE: Border Patrol Chief Raul Ortiz said under oath that President Biden’s border policies have “no consequences” for illegal migrants traveling into the U.S. and are to blame for the unprecedented surge at the border and release of hundreds of thousands into the interior of the country.

Fox News Digital first obtained a video of Ortiz’s assertions, which came during a recorded deposition from July 28 as part of discovery in a lawsuit by Florida Attorney General Ashley Moody against the Department of Homeland Security and other border agencies.

Ortiz, who has more than 31 years of experience in law enforcement, told attorneys representing Florida that he believes migration will increase at an exponential rate at the southern border because there are no “consequences” in place to curb the tide of migrants flooding into the U.S.

“In my experience, we have seen increases when there are no consequences,” said Ortiz during the deposition.

“So, if migrant populations believe that they’re going … there are not going to be consequences, more of them will come to the border. Is that what you’re saying?” questioned the attorney.

Ortiz responded: “There is an assumption that if migrant populations are told that there is a potential that they may be released, that, yes, you can see increases.”

“So, it will increase at an exponential rate. Is that what is being suggested here?” continued the attorney.

“Well, I do think it will increase, yeah,” responded Ortiz.

In addition, the attorney pressed Ortiz, asking, “Since President Biden was elected, does this document indicate that aliens illegally entering the United States perceive that they will be able to enter and remain in the United States?”

“Yes,” he told the lawyers while under oath.

The “document” the plaintiff’s attorney referred to was a spring 2021 memo that disclosed Biden’s immigration policies, in part, fueled the migrant surge at the border.

The DHS document, which Moody exclusively shared with Fox News Digital in April, listed “Perceptions of favorable U.S. immigration policies” as one of the reasons migrants have given for surging to the border. Other reasons included pursuit of economic and educational opportunities.

Moody’s lawsuit charges that the agencies under Biden’s direction are failing to follow established federal law, the Immigration and Nationality Act, that requires officials to detain illegal aliens at the border until they are sent back to their country of citizenship.

Specifically, the Alternatives to Detention program, which was created by Congress in 2004 and has seen enrollments double under the Biden administration compared to previous administrations, uses various forms of case management and technology to monitor about 5% of the illegal immigrants who are on the “non-detained docket,” meaning that while they are in the country illegally, they are not in ICE detention. The tracking includes GPS monitoring via ankle bracelets, phone check-ins and smartphone apps.

However, the program is seen by critics as not particularly effective, as many of the migrants eventually abscond and disappear into the interior of the country.

A former Trump-era review of the program by Immigration and Customs Enforcement (ICE) concluded that it has “little value,” is of “significant expense” and saw the vast majority of illegal immigrants enrolled in the program for their entire immigration proceedings eventually flee into the country.

In addition, a joint Border Patrol and ICE memo circulated on July 18 obtained by Fox News Digital replaced and expanded the original November 2021 memo to include illegal immigrants who are traveling as part of a family unit or single adults from certain countries are being released without full processing and then must report within a time period to an ICE facility.

The memo also notes that the program should be “used sparingly,” only when justified by an “urgent humanitarian reason” or to “address overcrowding.”

During the deposition, Ortiz went on to testify that the southern border is currently in crisis and replied “yes” when asked if the border is “less safe for Americans and aliens alike.”

Ortiz said he agreed with a statement by the plaintiff attorney that “unprecedented numbers” of migrants have illegally entered the U.S. this year. There have so far been more than 2 million migrant encounters with Border Patrol this fiscal year, already surpassing the historic 1.7 million encountered last fiscal year.

Ortiz’s testimony comes after DHS Secretary Alejandro Mayorkas said during the Aspen Security Forum that although the situation is a “historic challenge,” the border is “secure.”

A U.S. Border Patrol agent stands on a cliff looking for migrants that crossed the border wall between the U.S. and Mexico near the city of Sasabe, Arizona, on Jan. 23, 2022.
(Salwan Georges/The Washington Post via Getty Images)

“After the Biden administration denied that they were engaged in catch-and-release, and that they were responsible for the historic surge at our southern border, Florida got the chief of Border Patrol to admit, under oath, the truth,” Moody told Fox News Digital.

“The Biden administration caused the surge, made the border less safe and is flagrantly violating the very federal laws they swore to uphold. The Biden administration is putting hard-working border patrol agents in impossible and untenable positions — risking their lives and safety, and I want to thank Chief Ortiz for testifying truthfully at his deposition,” Moody said.

The lawsuit brought by Florida is set for trial in January 2023 in the U.S. District Court for the Northern District of Florida.

Kelly Laco is a politics editor for Fox News Digital. Story tips can be sent to [email protected] and on Twitter: @kelly_laco.