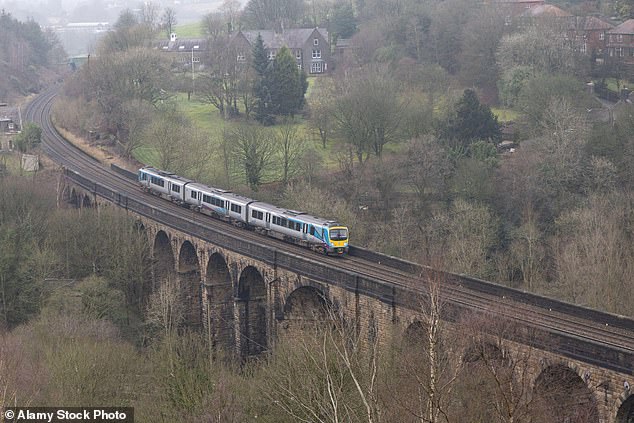 
Boris Johnson will this week unveil a £100 billion package of investment in Northern rail networks in an attempt to accelerate his flagship ‘levelling up’ agenda.

The long-awaited Integrated Rail Plan is expected to be hailed as the most substantial Government investment in trains ever, bringing forward planned upgrades by a decade.

Sources said that the raft of new lines and improvements would cut journey times and increase services across the Midlands and the North, merging separate schemes such as HS2, Northern Powerhouse Rail and the Midlands Engine Rail into one single network.

The package, which has been costed at more than £96 billion, will cut journey times between the North and London and between the major conurbations – the time from Manchester to Leeds on the Transpennine Route is expected to be cut by 20 minutes.

TransPennie Express train crosses the viaduct at Brownhill, Saddleworth, Oldham. The long-awaited Integrated Rail Plan is expected to be hailed as the most substantial Government investment in trains ever, bringing forward planned upgrades by a decade

The Bolton to Wigan route will also be electrified at a cost of £78 m, while routes lost to the Beeching cuts of the 1960s and 1970s, including the Don Valley line between Sheffield and Stockbridge in Yorkshire, and the Stockport to Ashton line in the North West, will be restored.

Investing in transport links is a key part of the Prime Minister’s promise to ‘level up’ the regional variations in prosperity, which helped to secure the Red Wall former Labour seats which proved critical to his 2019 General Election victory.

Mr Johnson has vowed to ‘reverse decades of underinvestment in the North’s transport network’, arguing that better transport links are one of the most effective catalysts of economic growth.

The announcement – which was delayed while Mr Johnson tried to squeeze more money out of Chancellor Rishi Sunak to fund it – could also help to defuse the anger among the Red Wall MPs over the Owen Paterson sleaze row.

As The Mail on Sunday revealed last week, Ministers are expected to scrap the eastern leg of the 250mph HS2 line between Leeds and Birmingham, with Leeds receiving its own tram network instead in consolation.

HS2 trains will instead be directed on to existing track for much of the journey into Yorkshire. 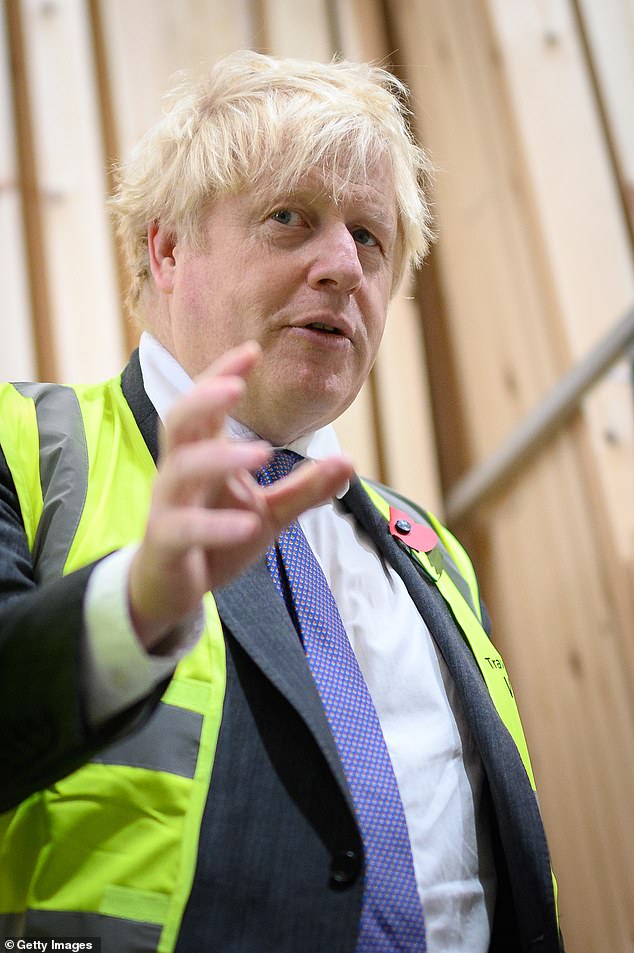 Mr Johnson, pictured in his Uxbridge constituency on November 12, has vowed to ‘reverse decades of underinvestment in the North’s transport network’, arguing that better transport links are one of the most effective catalysts of economic growth.=

A total of £360 million of investment will also be given ‘to modernise ticketing and retail systems’, with the rolling out of contactless systems to replace traditional paper tickets.

A source said: ‘This new plan will ensure that we have a truly integrated transport network. Journey times will be similar to or faster than the original HS2 and Northern Powerhouse Rail plans, and the trains will start running ten years sooner.

‘Under the previous plans, HS2 and Northern Powerhouse would not have reached the East Midlands, Manchester, Yorkshire, and the North East until the 2040s.

‘While the plan will help some of our largest cities, it will also strengthen ties between smaller towns.’