Donald Trump on Friday claimed Boris Johnson‘s resounding victory in Britain could foreshadow his own re-election next year.

‘I want to congratulate Boris Johnson on a terrific victory. I think that might be a harbinger of what’s to come in our country,’ he said during an Oval Office sit down with Paraguay President Mario Abdo Benitez.

‘It was last time,’ the president said, which was likely a reference to the original Brexit approval vote, which took place in June 2016 – six months before Trump won the American presidential election. 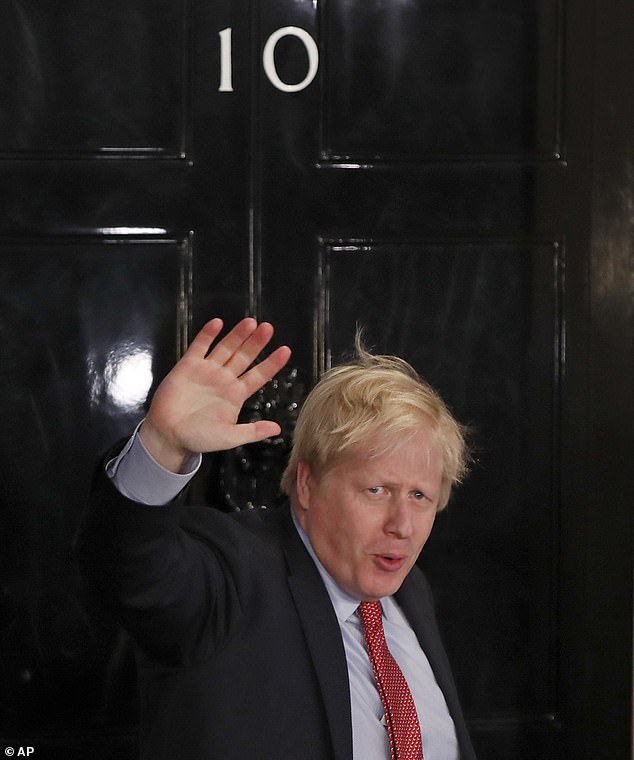 Trump and Johnson are personal friends

Johnson’s Conservative Party won a solid majority of seats in Britain’s Parliament on Thursday – a decisive outcome to a Brexit-dominated election that should allow Johnson to fulfill his plan to take the U.K. out of the European Union next month.

President Trump promised good news on an Anglo-American trade deal, which would be needed once Johnson takes Britain out of the European Union.

With all 650 Parliament seats declared, Conservatives had 365 seats and Labour just 203 – giving Johnson a big victory. The prime minister took a chance calling a parliamentary election and it paid off for him and his plans to take Britain out of the EU.

Trump and Johnson are friends – the president has given Johnson his personal cell phone number.

And that friendship appears to be back on strong ground after Johnson pleaded with the president not to interfere in the British contest when Trump was in London last week for the NATO summit.

Additionally, Johnson refused to meet publicly with Trump although the two men talked at a reception at 10 Downing that Johnson held for all the NATO leaders.

‘This was a tremendous victory last night. And it’s very interesting – the final votes are being tallied right now but the numbers are tremendous. I want to congratulate him. He’s a friend of mine,’ Trump said Friday of Johnson.

The two men are often compared for their flamboyant political rhetoric and floppy blonde hair styles.

Meanwhile, comparisons are pouring in between Trump’s 2016 win and Johnson’s victory.

Donald Trump, in 2016, won the White House when he captured blue-collar voters in the Rust Belt states of the industrial MidWest.

Johnson won when his party captured Parliamentary seats across industrial towns in England’s north and midlands that had been held by the Labour Party for decades.

Trump wasn’t the only one foreshadowing a win for himself out of Johnson’s victory.

Joe Biden warned Democrats that Labour Party loses in the Britain’s election on Thursday shows what can happen when a party moves too far to the left. 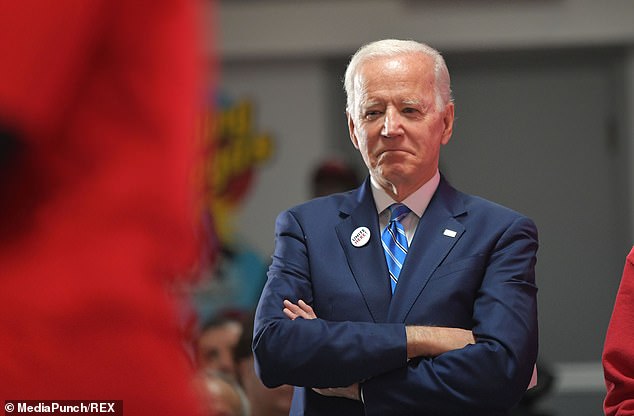 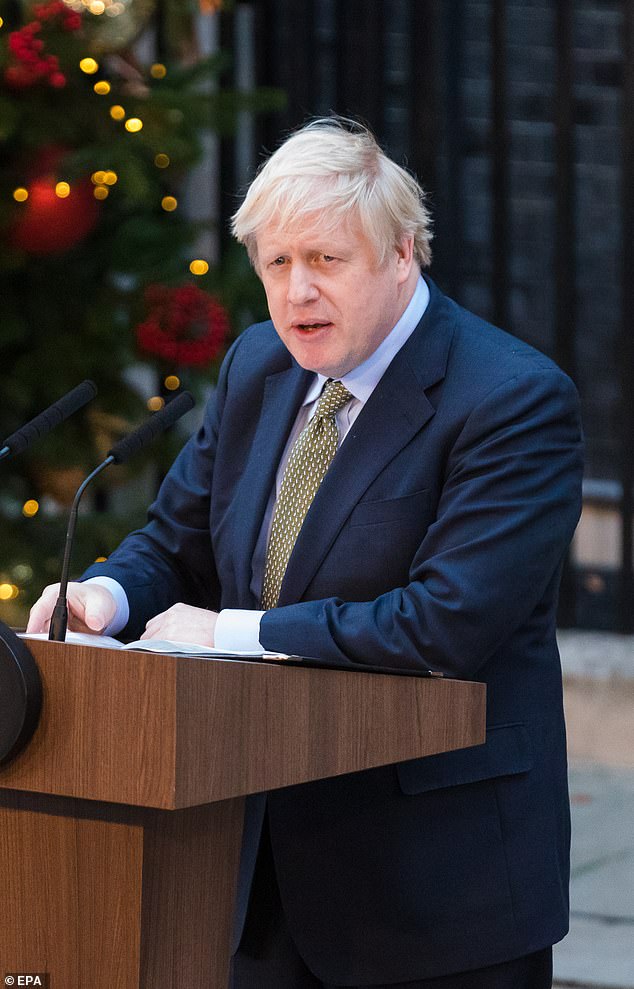 The former vice president, speaking at a fundraiser in San Francisco on Thursday evening, warned the Conservative victory could foreshadow the 2020 American election, calling Johnson a ‘physical and emotional clone’ of Trump.

‘Boris Johnson is winning in a walk,’ Biden told the crowd.

He then predicted that Friday headlines covering Labour’s walloping would say: ‘Look what happens when the Labour Party moves so, so far to the left. It comes up with ideas that are not able to be contained within a rational basis quickly.’

He argued that could predict a Trump victory next year.

‘You’re also going to see people saying, my god, Boris Johnson, who is kind of a physical and emotional clone of the president, is able to win,’ he noted.