The Tory election earthquake will deliver 109 new MPs to Westminster including a gang of 20-somethings nicknamed ‘Boris’s babies’ who stormed Labour’s traditional fiefdoms in the North and Midlands – and won.

This new breed of Conservative is more working class than toff and will leave behind jobs in the NHS, schools and some more exotic professions such as training dolphins or running a microbrewery.

Dehenna Davison, 25, who won in Bishop Auckland, thanked her nan in her victory speech and proudly tells of her superhero-themed tattoos including one inspired by Harry Potter. Tragically she was just 13 when she learned her father Dominic had been killed by a single blow to the head in the pub and is a friend of Boris Johnson’s girlfriend Carrie Symonds.

The ‘blue wave’ of young Tories is spearheaded by Sara Hyndburn, who at the age of 24 is the youngest of the new Conservatives. She will become the ‘Baby of the House of Commons’ when sworn in on Tuesday – a title given to Britain’s most junior MP in terms of age. The aptly named Jacob Young, 26, was elected in his native Redcar on Teesside, where he works in a chemical plant.

Claire Coutinho, 34, who won in East Surrey last night, is the daughter of Indian immigrants who came to Britain in the 1970s with just £100 between them while former dolphin trainer Virginia Crosbie, is the first Tory to win the Welsh seat of Ynys Môn since 1987.

Here are some of the Tories’ new faces in Parliament: 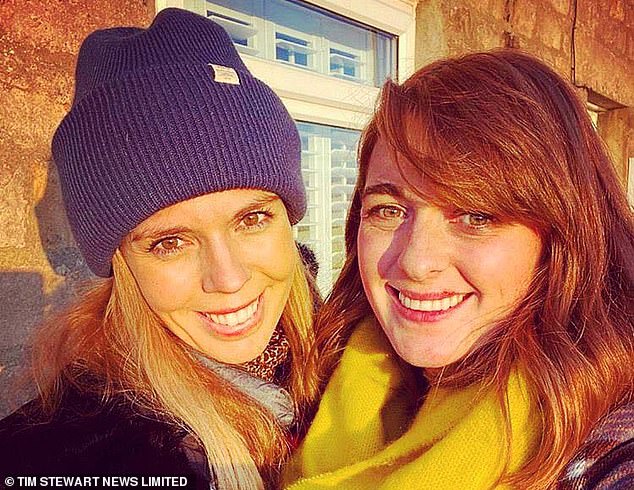 Dehenna Davison was just a young teenager when she learned her father Dominic had been killed by a single blow to the head in the pub.

Ms Davison, a Tory winner last night in a Co Durham seat which has never elected a Conservative MP, recalled how she sat in a hospital waiting room as doctors battled for 45 minutes to save her father’s life.

‘I can still picture it. I can tell you what the colour the walls were and everything,’ she said. ‘They [the doctors] stopped and I went to see my dad’s body, which is not something you expect to do at such a young age.’

She studied politics at Hull University and spent a year as an aide to Jacob Rees-Mogg.

Ms Davison, who has received support on the campaign trail from Mr Johnson’s girlfriend Carrie Symonds, said politics was about helping people ‘get their benefits claim through, getting a pothole filled’.

The former computer game shop worker admitted the ‘poster girl thing’ was probably due to her tragic backstory and her ‘slightly unusual demographics’. But she added: ‘I just want to get stuff done.’

Carrie Symonds tweeted her congratulations after her victory, saying she was thrilled to hear her friend had become the first Conservative MP for Bishop Auckland.  ‘She will be fantastic,’ she wrote.

Daughter of Indian immigrants who came to work in the NHS 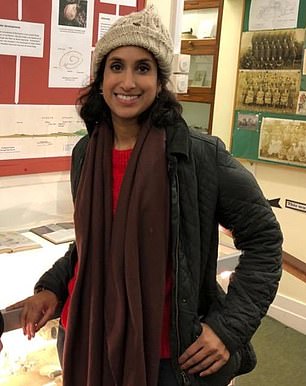 Claire Coutinho, 34, lives in her now East Surrey constituency with her partner Julian, 32, having met working in the world of finance.

The daughter of two Indian doctors who came to Britain with £100 in the 1970s, spent two years working for the Treasury after a career in the City.

She said before the election: ‘My perfect weekend would be wandering round a food market, going for a walk in the hills and watching a good crime documentary’.

But she decided to stand as an MP after backing Leave in the 2016 EU referendum.

Ms Coutinho said she was ‘so delighted’ and ‘absolutely honoured’ at winning the seat previously held by Sam Gyimah, who defected to the Lib Dems.

She said: My parents, Maria and Winston, thought Britain would give them a better life, and that if you work hard you will be rewarded. I wasn’t one of those children who dreamt of becoming an MP. I started out in banking, working on a trading floor where there were just eight women out of 200 people’. 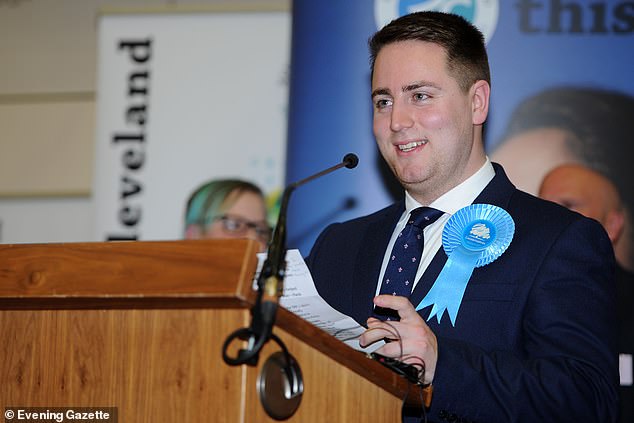 Jacob Young, 26, is a Brexit-loving chemical engineer who beat Labour in their own backyard.

The aptly-named factory worker won the North Yorkshire seat of Redcar for the first time since it was created in 1974.

The new ‘Baby of the House’ MP elected at just 24

Conservative candidate Sara Britcliffe gained the constituency of Hyndburn from from Labour’s Graham Jones with a majority of almost 3,000 at the age of 24.

Conservative activists sang ‘I’m dreaming of blue Christmas’ as they celebrated the result.

Ms Britcliffe’s father, Peter Britcliffe, was a long-serving Tory councillor in Accrington until he stood down in 2018.

Speaking before the result was announced, Ms Britcliffe said: ‘What I found on the doorstep are people are fed up with the situation we have been in for three years, which you can completely understand.

‘People want to get Brexit done and it has shown in the polls that it wasn’t just the Conservative Party saying that, it’s what everybody was feeling.

‘I think we have worked very hard on the campaign and I think the message has got across that Hyndburn is ready for something different and someone who listens to the constituents.

‘Not matter how people voted at this election, I will work for everybody.’ 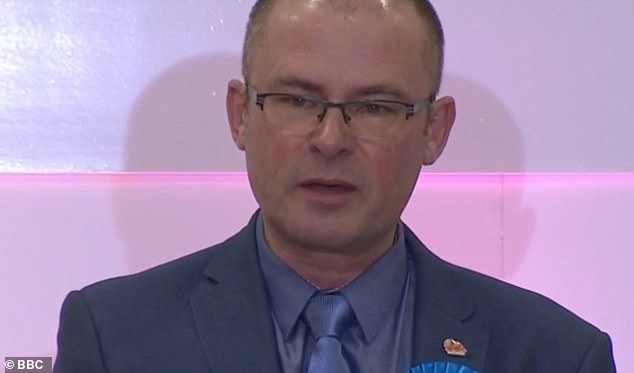 In his victory speech, the new Tory MP for Blyth Valley Ian Levy said: ‘I would like to thank Boris because I’m going to be on that train on Monday, I’m going to London. We’re going to get Brexit done.’

He is the first to win the sear for the Conservatives since 1935.

Michael Gove also admitted that he was ‘surprised’ the Conservatives won Blyth Valley.

Mr Gove said he was ‘delighted’ for Ian Levy, a mental health worker and the new Tory MP for the constituency. ‘But I’ll be honest, I didn’t necessarily expect that we would win that seat.’ 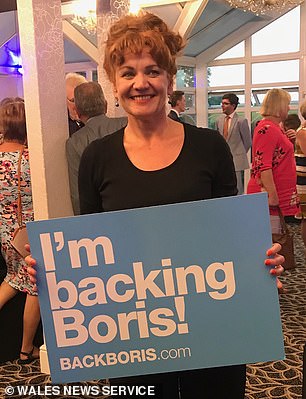 The former nurse and social worker ran her own microbrewery in Wrexham before bidding to be MP.

But she was celebrating to be the very first woman MP in Wales by winning the traditional socialist seat from Labour. She won her seat with a majority of 2,131.

Sarah – filling the seat vacated by Labour’s Ian Lucas – said she was ‘delighted and privileged’ to be the first Welsh female Conservative MP.

‘The people of Wrexham wanted Brexit done and delivered. I think that’s why we have got a majority of 2,000 tonight,’ she said. 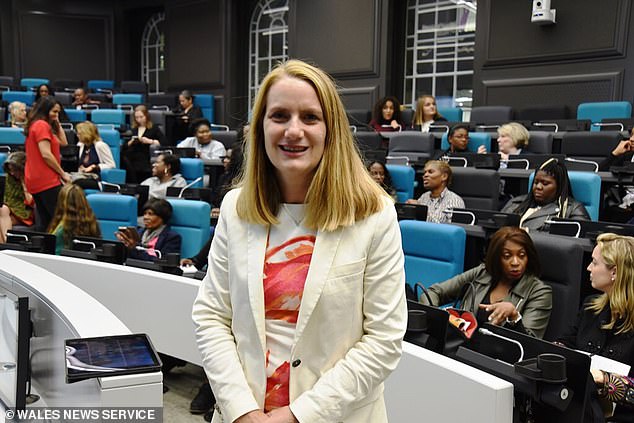 Virginia Crosbie was a last minute choice of candidate having been chosen less than 24 hours before nominations closed – and won the Ynys Mon seat on the isle of Anglesey.

She is from Essex but has promised to make her home in Ynys Mon if elected.

A former Maths teacher and dolphin trainer, Crosbie has been prominent in ‘Women to Win’, a Tory group set up under Theresa May to try to get more Conservative MPs into parliament.

She won her seat with a majority of 1,968 from Labour.

Virginia said: ‘It’s a real privilege to represent this beautiful constituency and community, the people have really welcomed myself and my family and I’m really honoured.’ 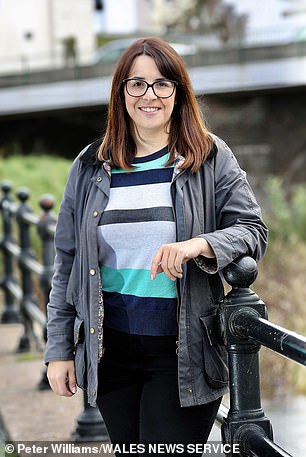 Fay Jones won the Brecon and Radnor seat from the Liberal Democrats with a majority of 7,131.

Fay has worked as an assistant to an MEP in Brussels and as a researcher for the Prince of Wales.

She is the daughter of Gwilym Jones, who was Conservative MP for Cardiff North between 1983 – 1997 and served as a Welsh Office minister.

Fay said: ‘I am over the moon. It’s hard to describe but basically, thrilled and completely delighted.’

‘It’s beyond our wildest expectations the majority we’ve ended up with. I think it’s that cut through that people want us to get Brexit done and they heard the message that Boris Johnson is about which is getting on with it.’

She said the reality of becoming MP is yet to hit her fully.

‘It’s incredibly exciting and a very, very, nice problem to have. I want to live up to expectations.’

It comes after a by-election in August, which Lib Dem Jane Dodds won, taking the seat from Conservative MP Chris Davies who had been convicted of a criminal offence after falsifying his expenses. 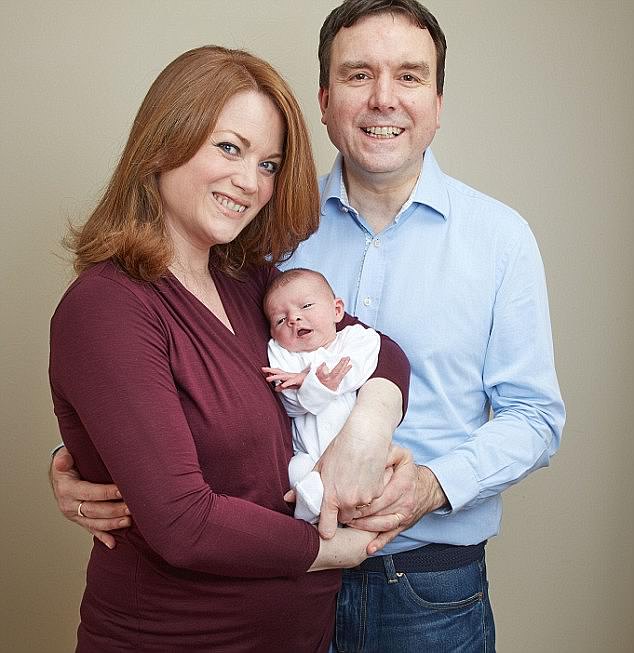 Andrew Griffiths, 49, threw his support behind his estranged wife Kate, 48, – whose back he went behind when sexting the much younger women last year – but she refused his support

Kate Griffiths was selected as the Conservative candidate for Burton in Staffordshire following her husband Andrew’s decision to stand down from politics.

He said he was backing his wife – but Mrs Griffiths said she was divorcing her husband and suggested she had suffered from domestic abuse.

She said she left him following newspaper stories he had bombarded two women with thousands of sexual messages, weeks after the birth of the couple’s first child.

She said: ‘I want to make it clear that I have not sought, nor do I accept, Andrew’s offer of political support.’

Mrs Griffiths, 48, said her husband did not know in advance that she would be standing in his former seat.

Tory teacher and union rep who won Labour seat by promising to ‘work his bum off’ and was back in the classroom today!

Jonathan Gullis is the new Conservative MP for Stoke-on-Trent North.

He works as a teacher at a secondary school in Birmingham and is even his school’s trade union representative for the NASUWT, usually the preserve of more left-wing staff.

Mr Gullis, who joined the party in his teens, was at his West Midlands school for work today on the morning of his election win.

He said: “I’m absolutely over the moon to even have had the shot for Stoke-on-Trent North, from a young age all I’ve wanted to do is make a difference in people’s lives.

“That’s why I became a teacher, and the reason I want to be an MP is to do it on a much larger scale. I know I’ve set myself a very big challenge, a lot of people have lent me their vote from the Labour Party.

“My dad failed school and went back to that school to be a cleaner and did night school, he ended up working hard to get himself a masters from Durham.

“My mum was off a council estate in London and got herself into a grammar school. I’m not saying we have had the hardest life in the world, I have certainly had many more advantages than many other people’.