By Deirdre Simonds For Dailymail.com

He’s in demand as one of Hollywood’s hottest actors and directors.

Despite a demanding schedule starring in the upcoming remake of the classic 1947 film Nightmare Alley, he was at his mother’s side on Monday, carrying her bag and walking cane as they headed out in New York.

The close pair looked completely in sync, as the 45-year-old actor walked at his mother’s side.

Mama’s boy: After hitting the gym in the Big Apple, Bradley Cooper stepped out with his mother for some quality time on Monday

Campano, who has been at her son’s side at events such as the Oscars, stayed warm in a red teddy bear coat, grey slippers and a beige beanie.

The A Star Is Born actor also sported a pair of dark aviator sunglasses over his eyes and styled his dark brown hair tousled to the side. 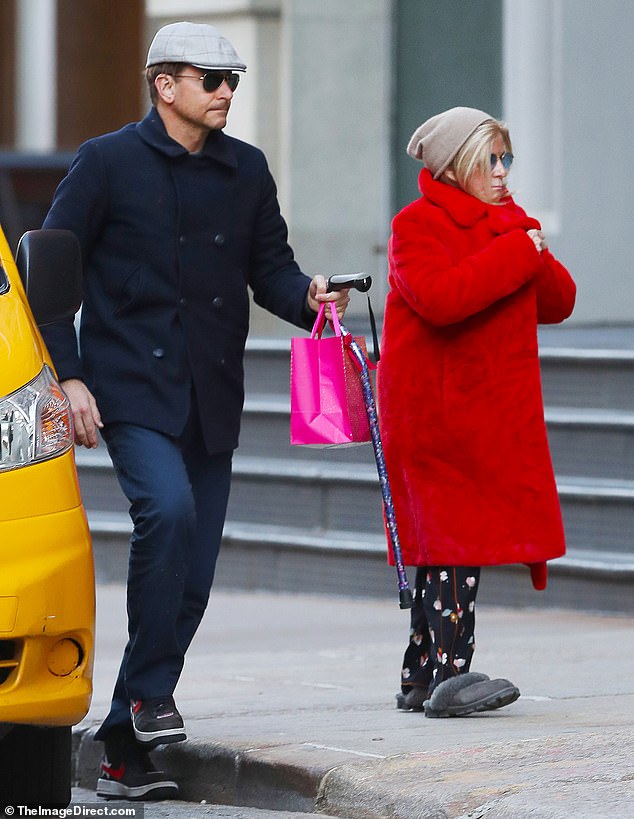 The date with his mother comes right after he subtly paid tribute to his hometown of Philadelphia during an intense sweat session.

After his workout, Cooper looked satisfied exiting the gym in a grey zip-up hoodie and a pair of baggy shorts layered over joggers with the Eagles’ logo on full display.

His subtle nod to the team is no shock, as the superfan is often seen displaying his love for the team while out with friends or the gym.

In addition to supporting his team, the American Sniper actor has also been spending taking care of his two-year-old daughter Lea, who he shares with ex Irina Shayk. 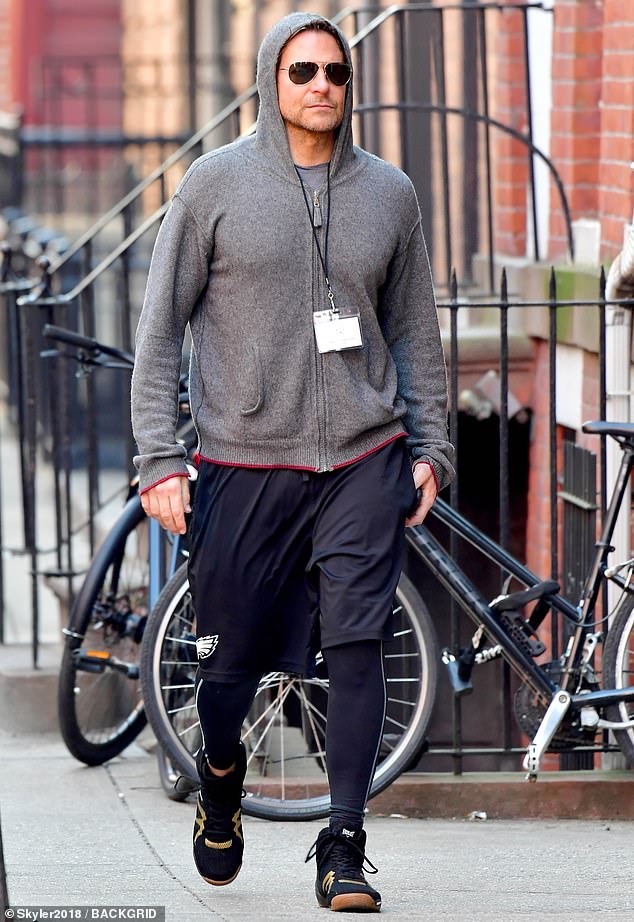 Making it work: Bradley hit the gym before he was seen with his mother

In June, Cooper and the supermodel split after spending four years together.

‘I think in all good relationships you bring your best and your worst – it’s just the nature of a human being,’ she recently told British Vogue. ‘Two great people don’t have to make a good couple.’

On the helms of his directorial debut and massive hit starring alongside Lady Gaga, Cooper’s is returning to the big screen to work alongside Rooney Mara and Cate Blanchett in the Guillermo del Toro thriller, Nightmare Alley.

He also seems to be even closer to another Academy Award-winning performance, as he was recently contacted by producers over the possibility of playing the eldest of the Gibb brothers in an untitled film. 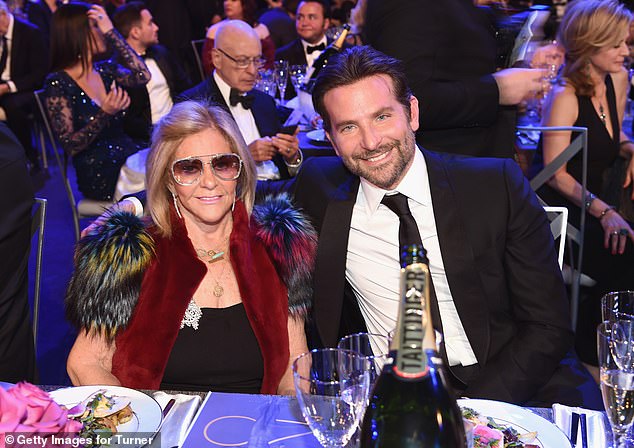 Plus one: Campano has been her doting son’s date to a number of events, including the 25th Annual Screen Actors Guild Awards in 2019

The film is set to follow the group from the time they arrived in London from Australia and had their first number one hit with ‘Massachusetts’ in 1967.

The band unravelled in subsequent years with substances, pills and booze involved, before Barry led a revival in the 1970s as the Bee Gees embraced a disco sound.

Barry is the last surviving member of the group, as Maurice died in 2003 and Robin passed away in 2012.