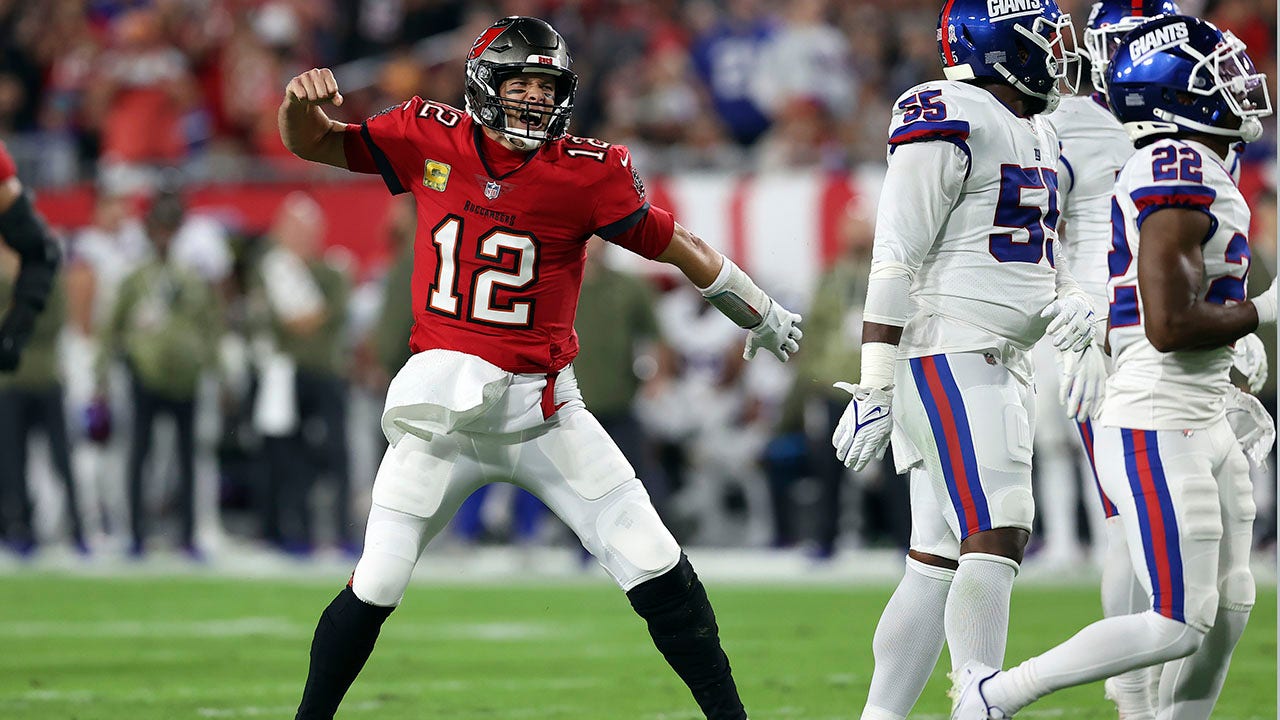 Winning for the first time in nearly a month was a relief for the Tampa Bay Buccaneers, who now face the challenge of finding a way to regain their mojo on the road.

The Super Bowl champions are 5-0 at home this season compared to 2-3 away from Raymond James Stadium, where they haven’t lost a game since last Thanksgiving weekend. They finished last season on an eight-game winning streak that included three road playoff wins.

This year, they’ve been an entirely different team on the road, where turnovers, costly penalties and inconsistency on defense have made it much more difficult to win.

Monday night’s 30-10 victory over the New York Giants stopped a two-game skid that seemed longer because surprising road losses to New Orleans and Washington were wrapped around the team’s bye week.

“As Dorothy would say, there’s no place like home,” coach Bruce Arians said, noting his team played smarter and with a sense of urgency and passion that was absent the previous two games.

“It’s never been easy on the road,” Arians added. “It’s not just us. It’s everybody.”

The Bucs (7-3) will aim to reverse the trend when they visit the surging Indianapolis Colts (6-5) on Sunday. Arians reiterated it’s not difficult to figure out what his players need to do better to end the road woes.

“For us right now, it’s being able to take this game, build off it and take it on the road,” Arians added. “Hopefully, start winning on the road the rest of the way.”

Tom Brady avoided his first three-game losing streak since 2002 by rebounding from turning over the ball five times in losses to New Orleans and Washington to throwing for 307 yards and two touchdowns against the Giants. That boosted his season totals to 3,177 yards passing and a league-leading 29 TDs.

The Bucs continue to lead the league in passing offense. But Brady could use more help from the running game. Leonard Fournette gained 35 yards on 10 attempts and Ronald Jones contributed 33 yards on eight attempts. The team rushed for 94 overall, but 10-yard runs by Brady and receiver Mike Evans accounted for a big chunk of that.

CB Sean Murphy-Bunting was activated from injured reserve after being sidelined since Week 1 with a dislocated elbow. He played well enough against the Giants to envision the secondary evolving as a strength again once Carlton Davis returns from a quadriceps injury.

“He played really well,” Arians said. “He used his arm, punched the ball out with that hand (and) created a fumble, so I think he should have a ton of confidence going into this week.”

Guard Ali Marpet (oblique) was injured Monday night. His status is uncertain, however, losing him would be a big blow for the offensive line, which has done a good job protecting Brady. Backup Aaron Stinnie filled in against the Giants.

Wide receiver Antonio Brown (ankle) and defensive tackle Vita Vea (knee) were inactive against the Giants, although it sounds like Vea may be able to return to the lineup this week.

“Vita should be ready to go. He was real, real close,” Arians said. “With not having any practice last week, I didn’t really want to put him out there.”

29 — the number of days between Tampa Bay’s past two victories.

The Bucs will try to cool off the Colts, who have won five of six and are coming off a lopsided road victory over the Buffalo Bills.