They’ll be on the naughty list! Brawl breaks out and man is injured as hundreds of revellers dressed in festive fancy dress take to the streets of Leeds for the city’s famous Otley Run pub crawl

A brawl broke out last night and a man was injured as hundreds of Santa-themed revellers took to the streets of Leeds for the city’s famous Otley Run.

Merrymakers looked worse for wear as they staggered and stumbled through the Yorkshire city’s 1.5-mile pub crawl that sees them visit as many as 15 different watering holes.

One man was pictured being taken away on a stretcher by emergency services after taking the ‘ultimate drinking challenge’ too far, while one man was seen being arrested.

Festive Santas, elves, and even a snowman were snapped tottering along the route, that runs between Woodies in Far Headingley on the outskirts of Leeds to the city centre, which is considered a rite of passage for students at the University of Leeds.

Participating groups are expected to wear fancy dress based on a particular theme, before having a drink at each pub along the route.

Merrymakers were pictured looking worse for wear as they staggered through the 15-pub Otley Run in Leeds, West Yorkshire. This group of Elves appeared to have taken a break from present making as they tottered through the city’s streets 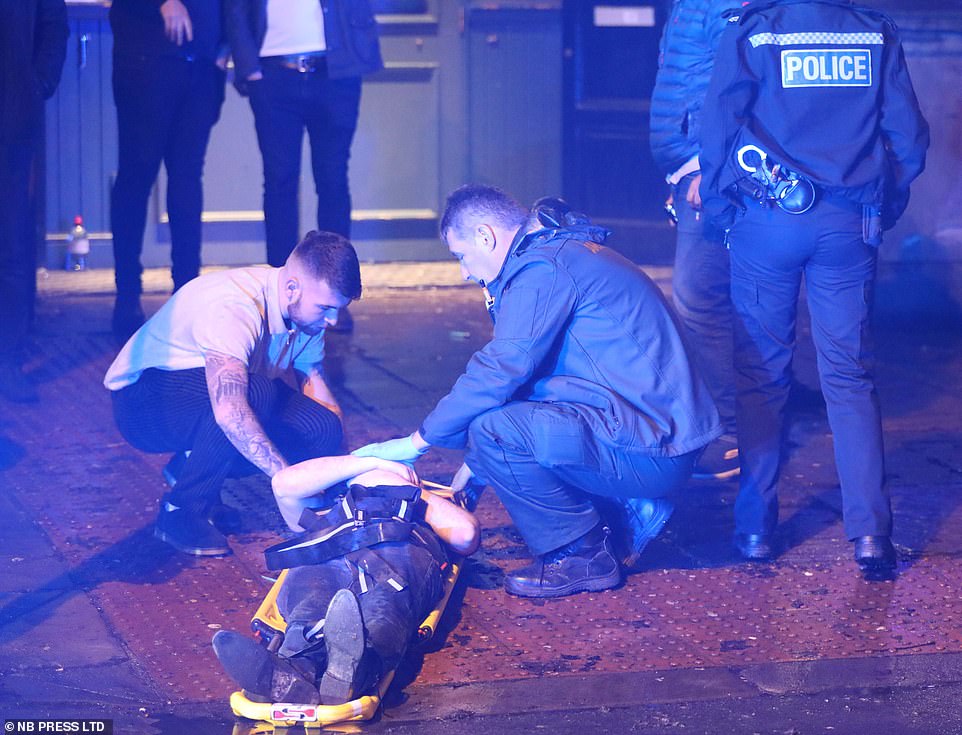 One man was also pictured being taken away on a stretcher after taking part in the 1.5-mile ale house crawl (see above) 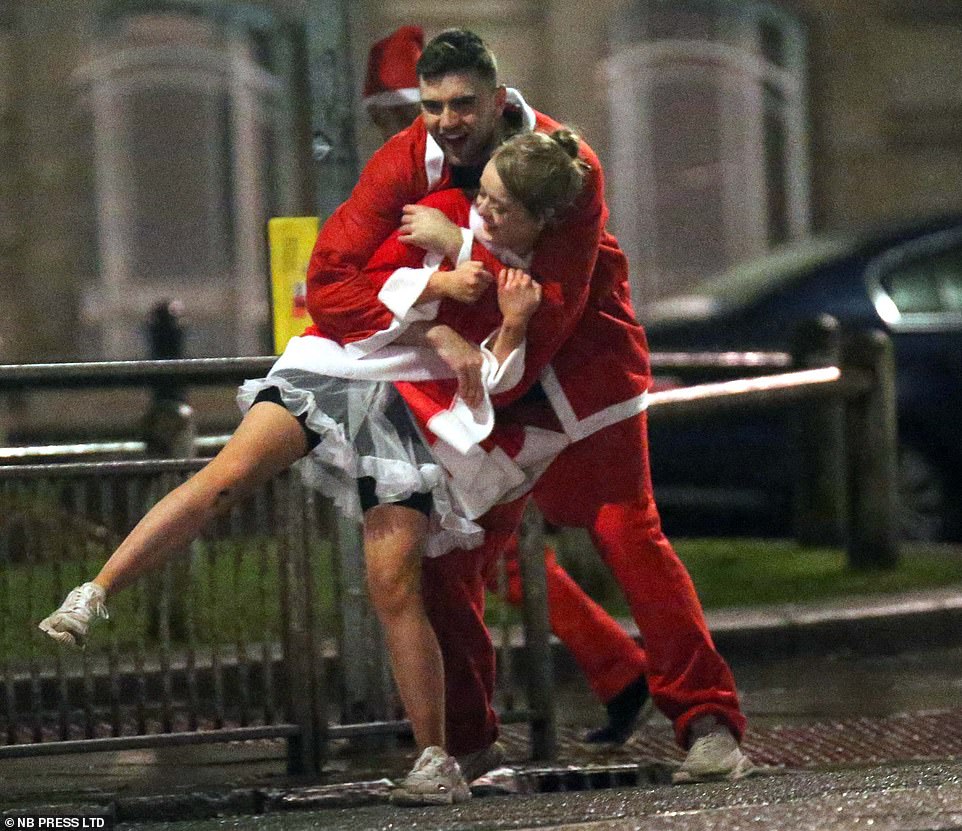 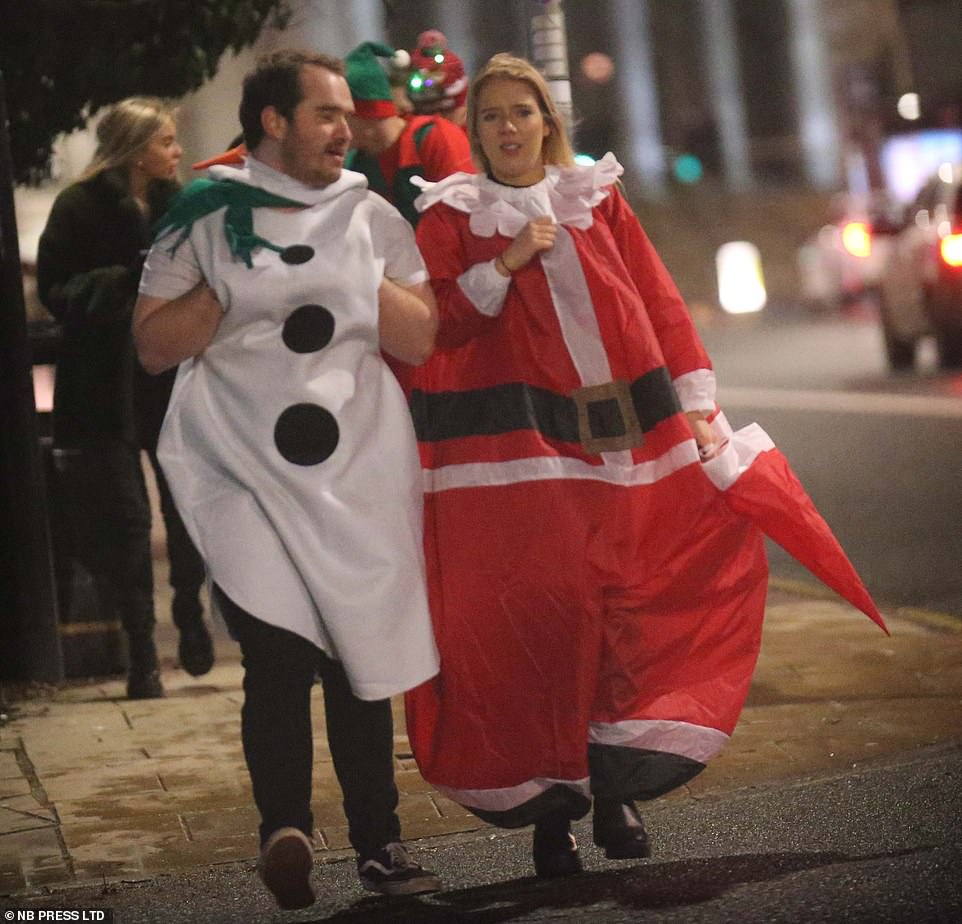 An inflatable Santa, armed with a festive-themed umbrella, and a snowman were also seen on the route that is considered a rite of passage for students at the University of Leeds 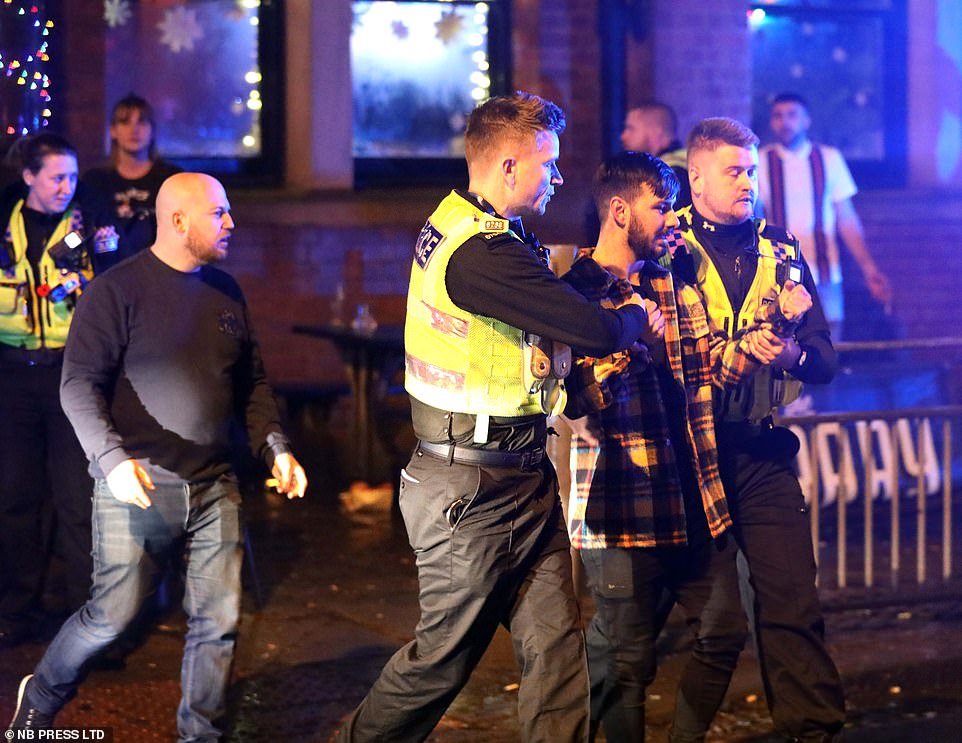 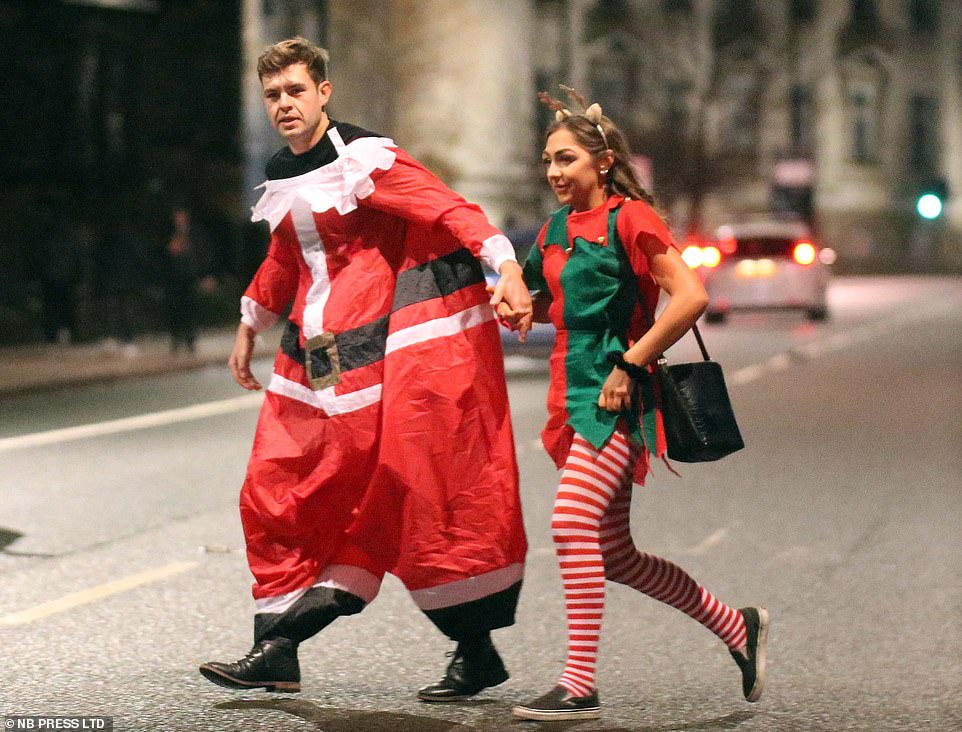 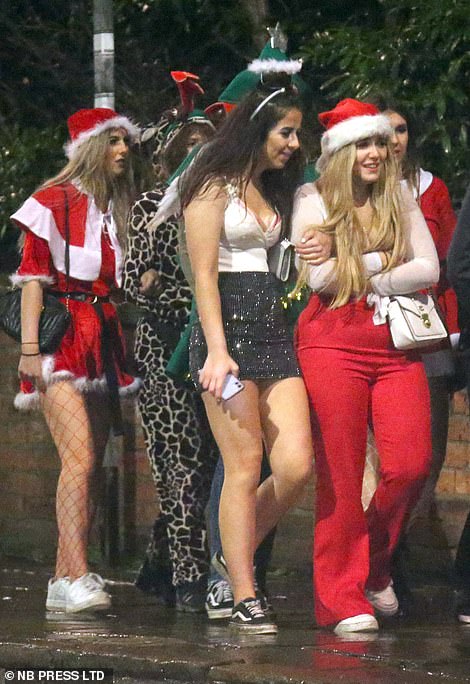 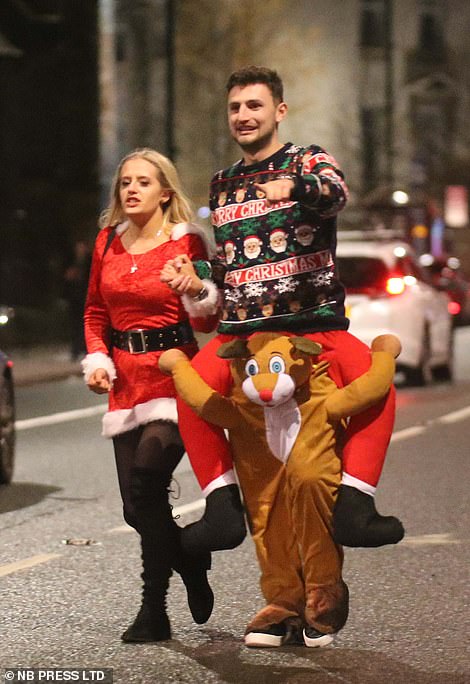 Festive Santas, left, and a Santa with a festive-themed individual riding a reindeer were also pictured on the route 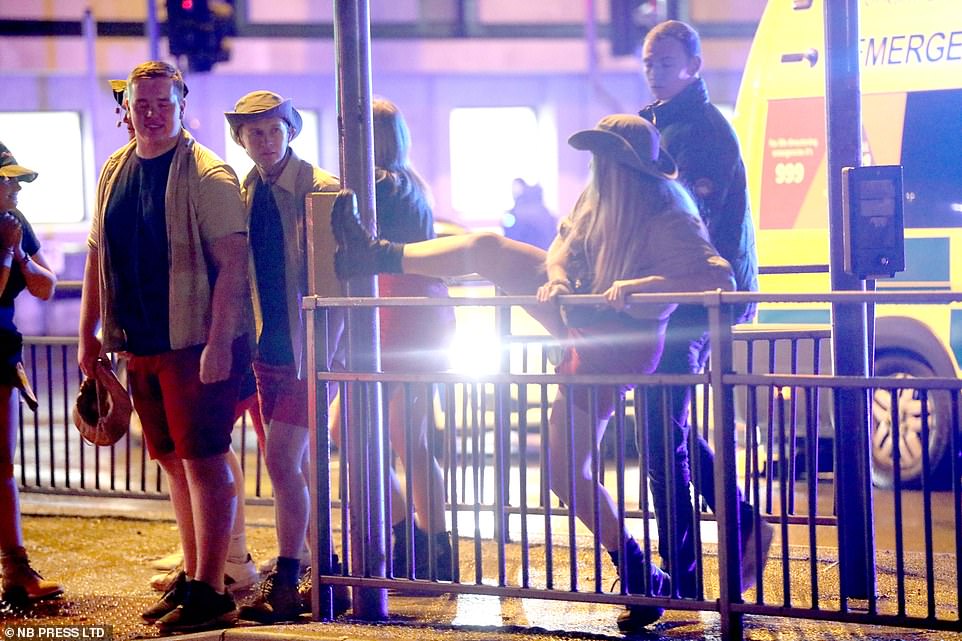 Revellers are expected to don fancy dress for the Otley Run. This group, missing out on the festive theme, decided to dress up as I’m A Celebrity… Get Me Out Of Here! contestants 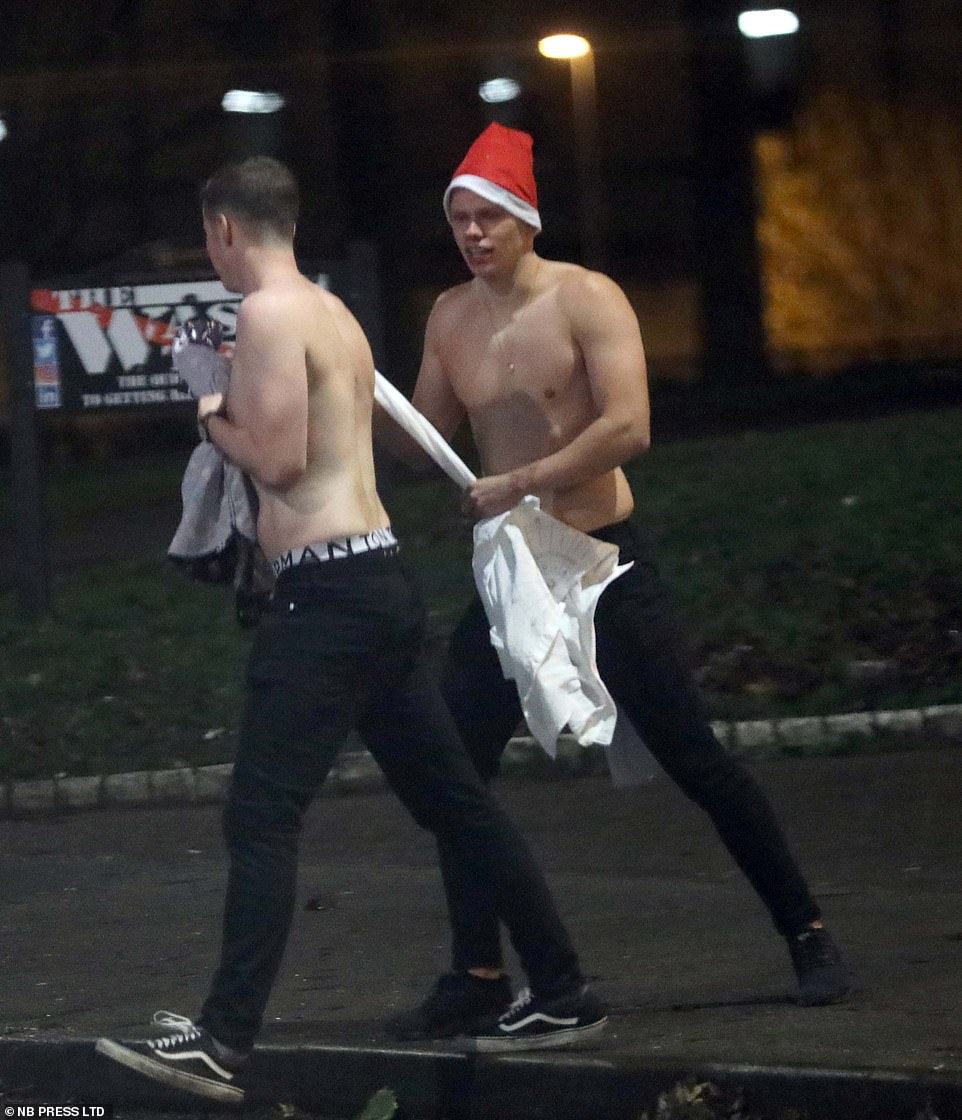 While heading along the pub crawl route these two men were also seen jostling each other. One was wearing a Santa hat 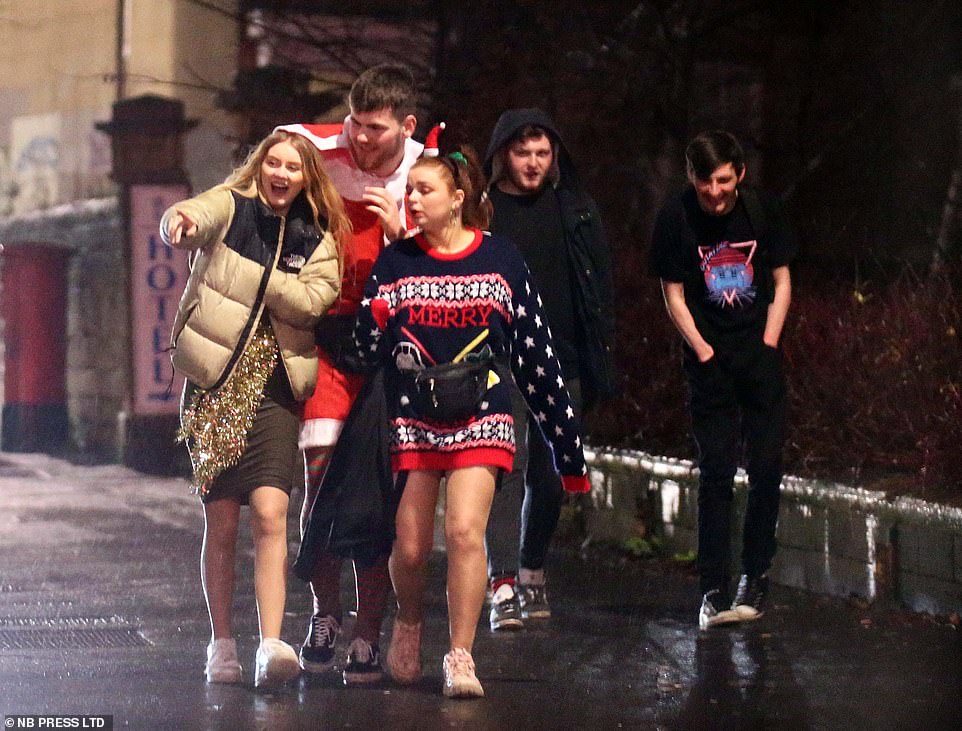 Walking from ale house Woodies in Far Headingley, on the outskirts of the city, a festive Santa, Christmas jumper-clad woman, and individual wearing tinsel were pictured enjoying the route 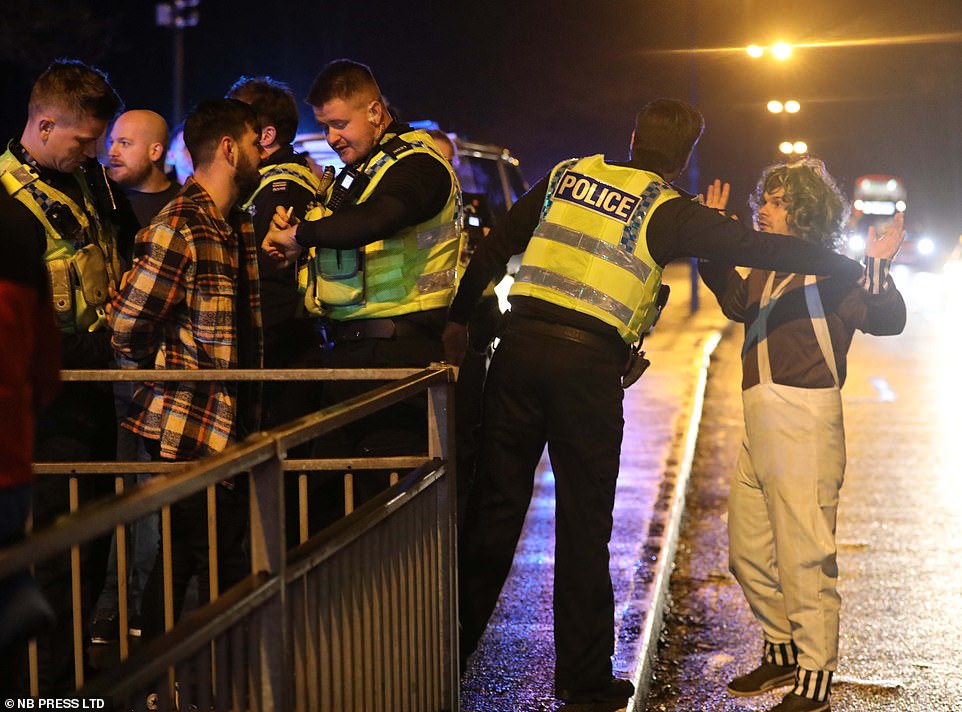 When police arrived to break up a confrontation, they also moved this man onto the road side to prevent further fisticuffs 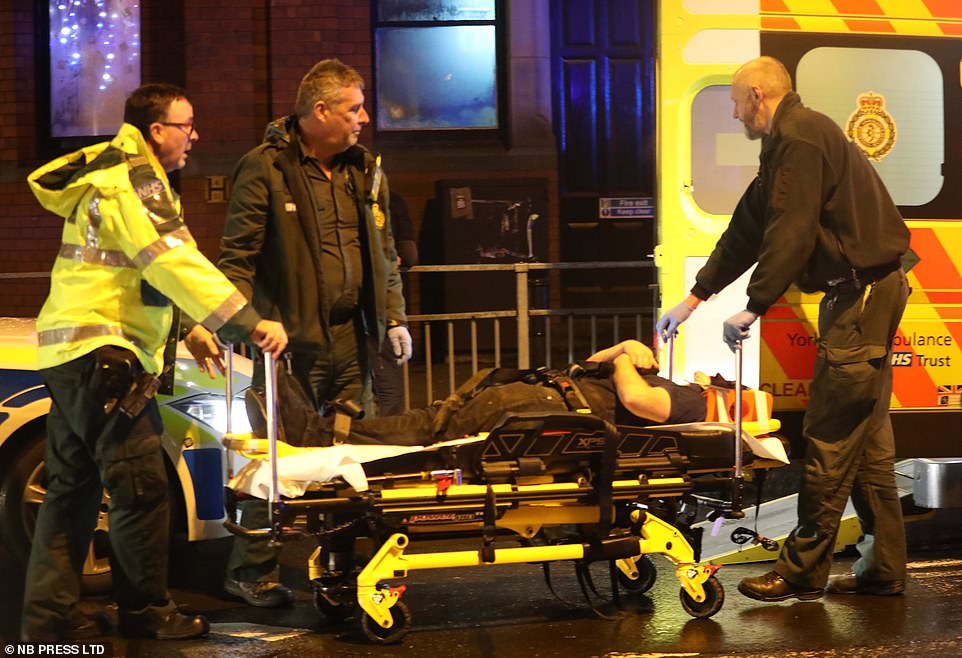 Emergency services were also seen taking away a reveller on a stretcher. They are believed to have taken part in the Otley Run 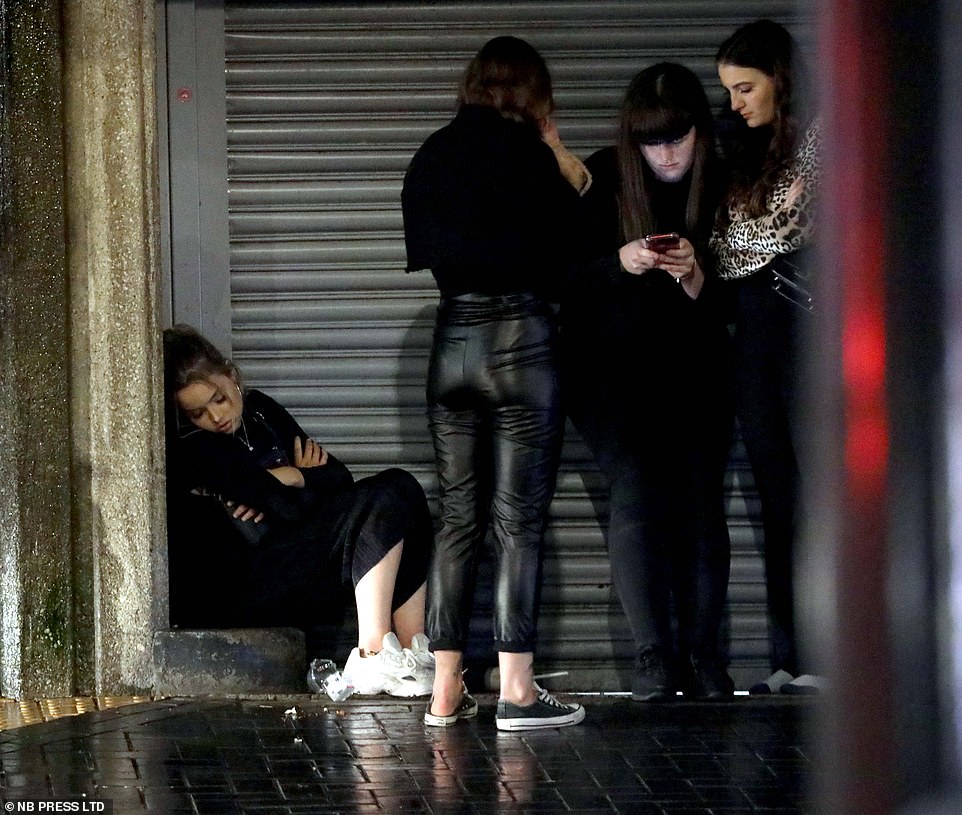 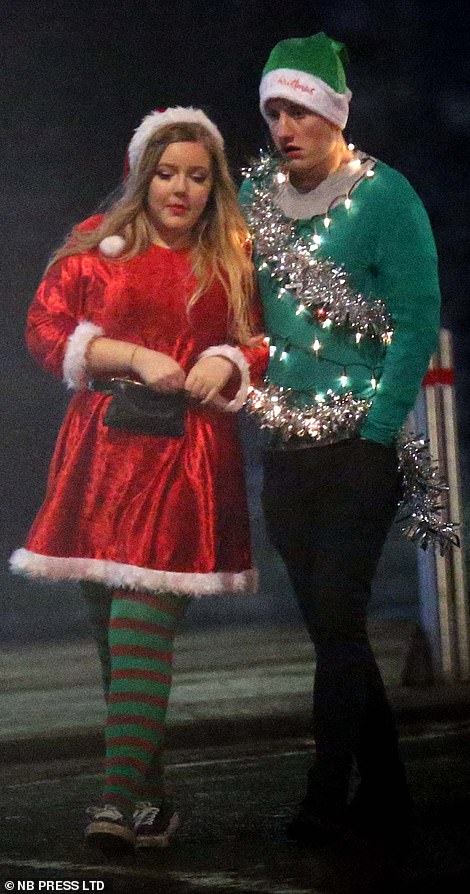 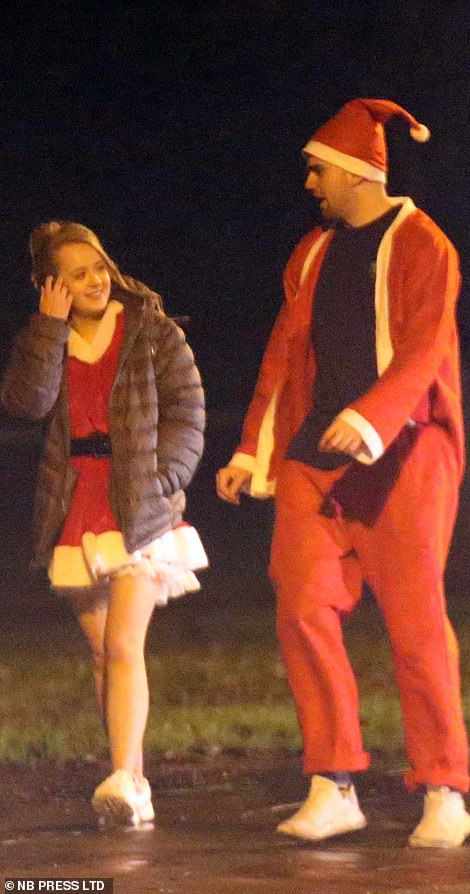 A festive-themed woman and man who appeared to have dressed up as a Christmas tree were pictured on the Otley run, left, as two Santas were also seen getting to know each other 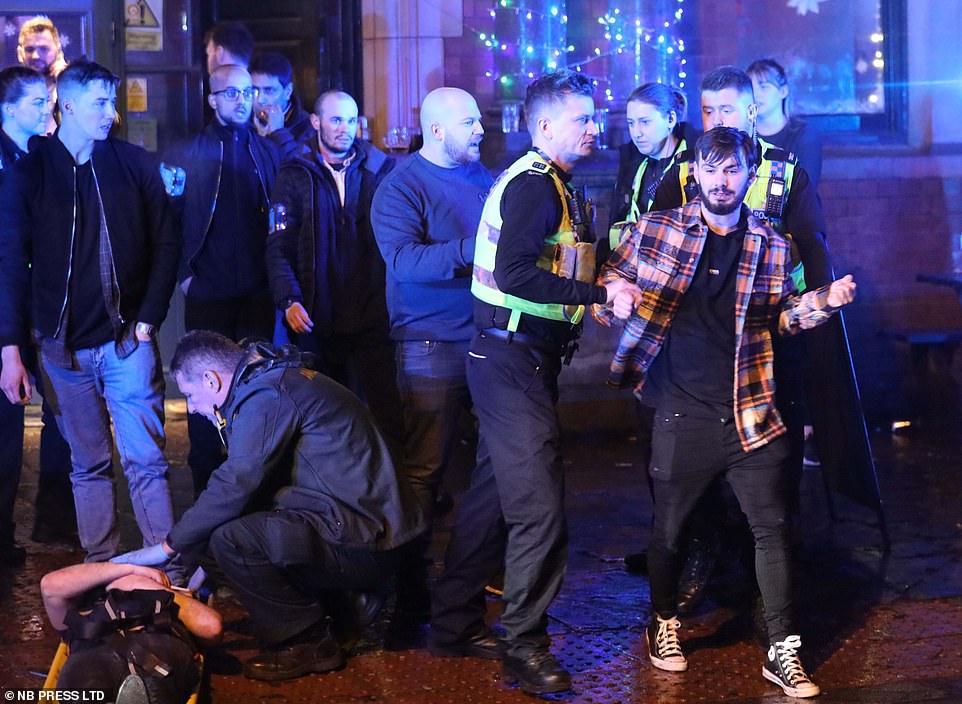 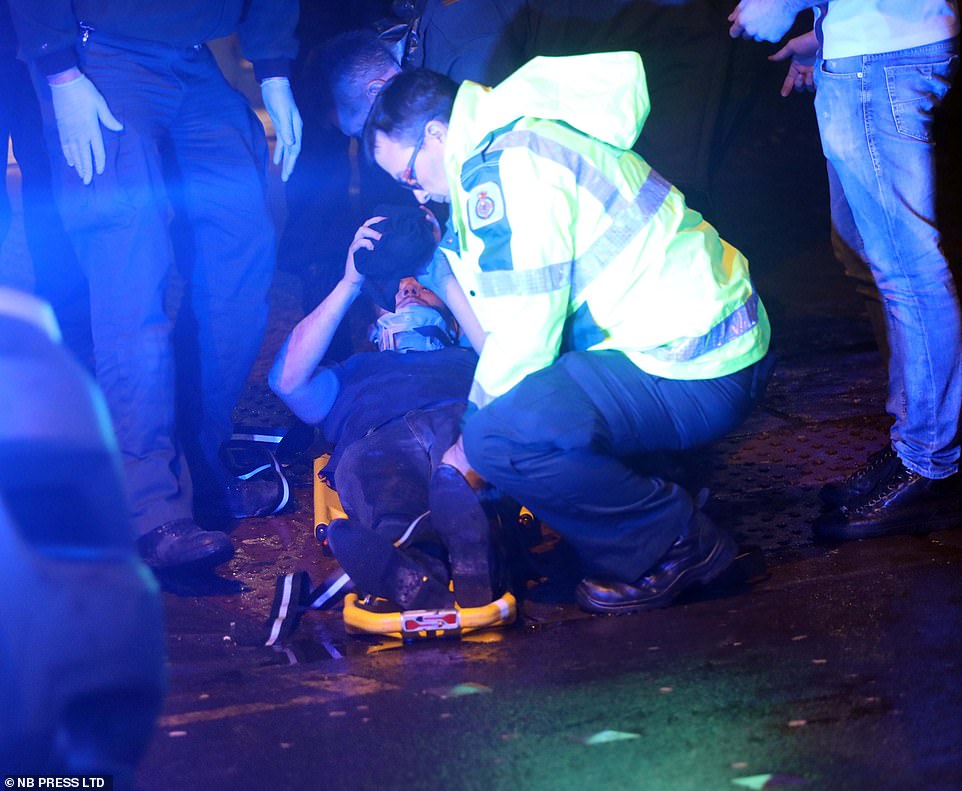 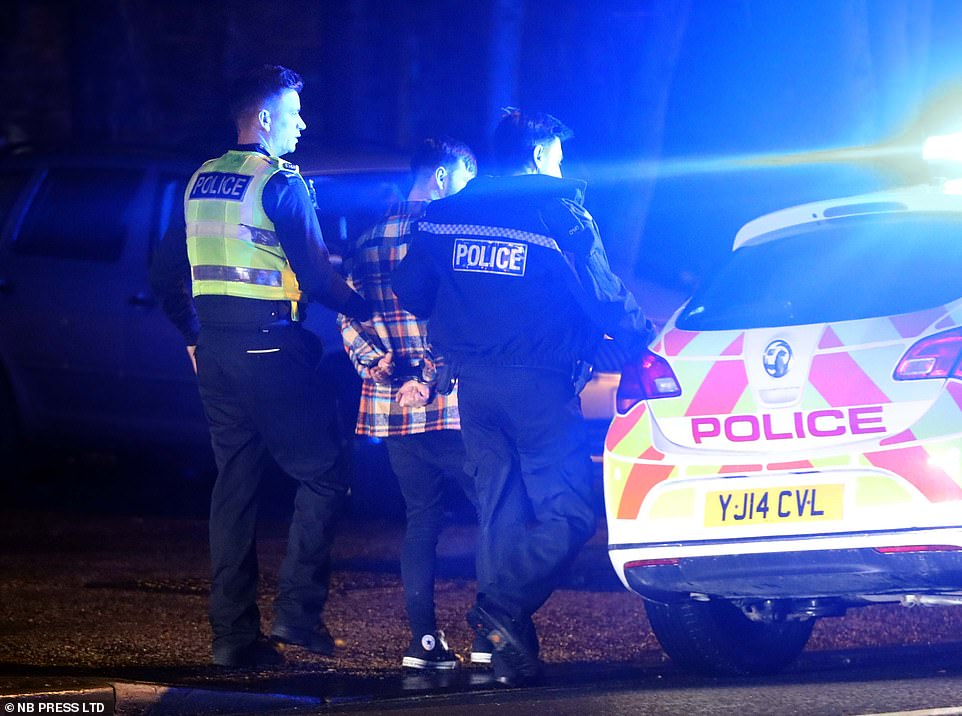 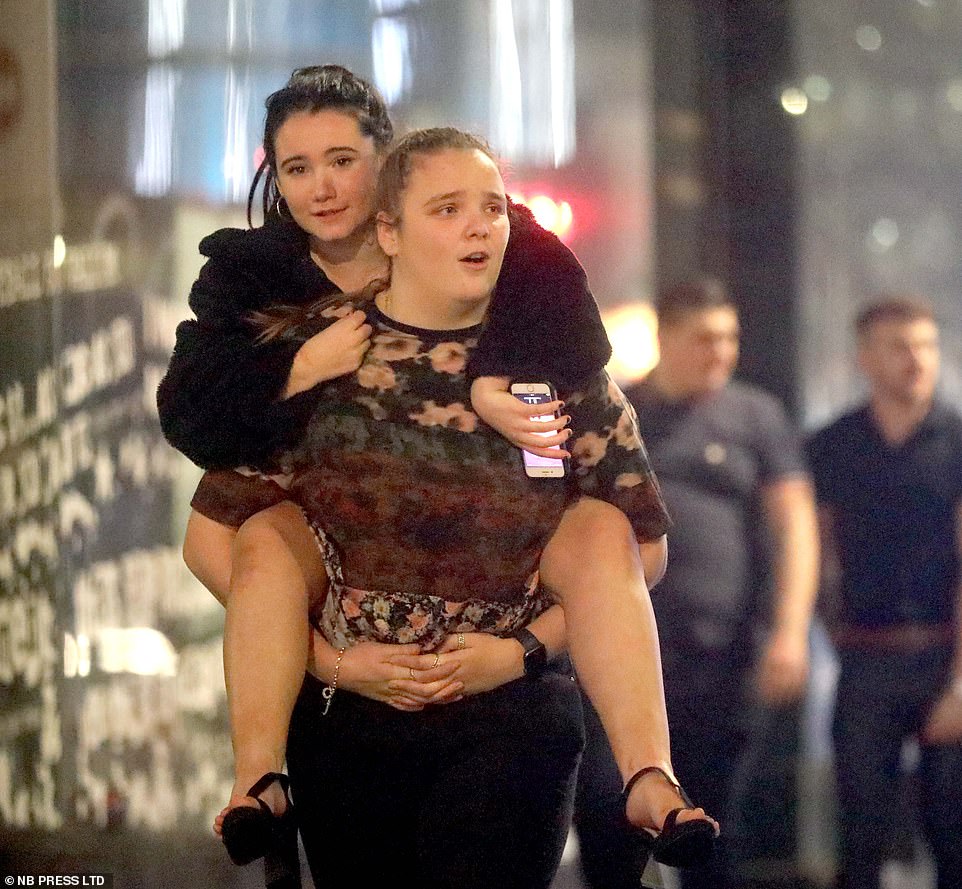 And one woman was seen carrying her friend through the street, possibly after her choice of high heels proved too painful for the 1.5-mile trek across Leeds