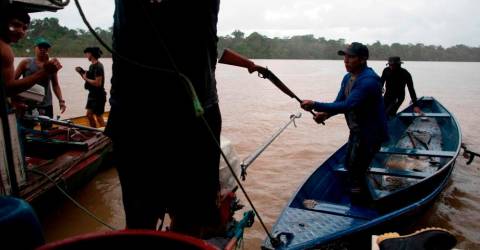 BUENOS AIRES: Brazil’s justice minister Anderson Torres said Tuesday that the search continues in the Amazon rainforest for British journalist Dom Phillips and indigenous expert Bruno Pereira, who have not been heard from since early this month.

Drawing attention to the work of the security forces, Torres said: “The search continues as I promised. I met with the United States and British ministers. I promised not to stop the search without using all the facilities in that area.”

Phillips, 57, who works for the British-based newspaper The Guardian and travelled to the region to write a book on indigenous peoples in the Amazon, and Pereira, 41, an expert at the government-affiliated National Indigenous Foundation, have been missing since June 5. — Bernama