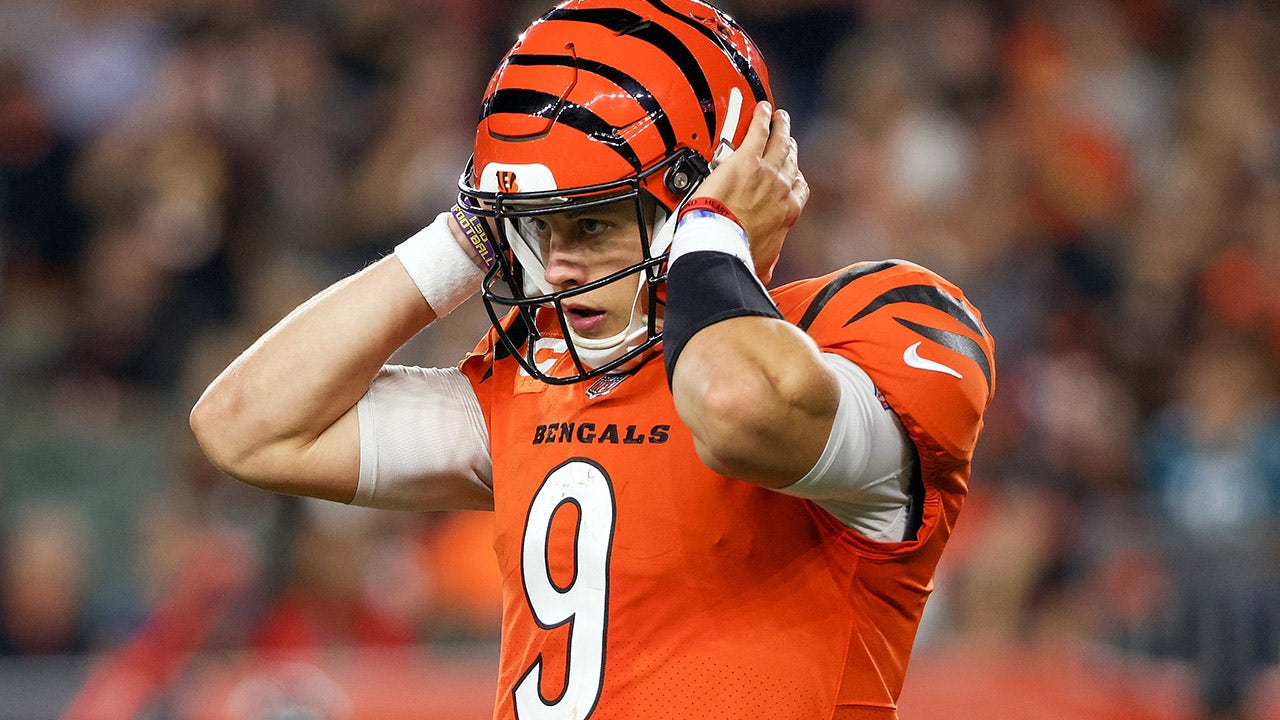 Bengals second-year quarterback Joe Burrow has become the toast of the town in Cincinnati, if not the entire NFL.

The first overall pick of the 2020 Draft has the Bengals off to a surprising 5-2 start and is quickly gaining the attention and respect of players past and present. One such former player drinking the Burrow Kool-Aid is Hall of Famer Brett Favre. Favre recently referred to Burrow as a “winner” and says he envisions a high-ceiling for the young talent.

Cincinnati Bengals quarterback Joe Burrow reacts after running back Joe Mixon scored on a touchdown run against the Baltimore Ravens during the second half of an NFL football game, Sunday, Oct. 24, 2021, in Baltimore.
(AP Photo/Gail Burton)

“Obviously Joe (Burrow) had a tremendous year a couple of years ago with LSU and really, aside from a few injuries he’s had, he’s played pretty much like he did that year,” Favre said Wednesday on SiriusXM NFL Radio. “I mean, the guy is a heck of a quarterback.”

In seven starts with Cincinnati, Burrow’s thrown for 17 touchdowns, nearly 2,000 yards and is completing close to 70% of his pass attempts. Though Burrow’s eye-popping numbers are surely helped by the addition of rookie game-breaker Ja’Marr Chase, Favre notes the quarterback’s intangibles as a big reason for his success.

“He’s got some weapons, and they’re only going to get better. I think he manages the game, I think his accuracy, I think his release, I think everything – he’s just a winner. I think that’s the thing that gets overlooked sometimes — you start talking about the intangibles the guys has. The most important things is he’s a winner.”

Cincinnati Bengals tight end C.J. Uzomah (87) and quarterback Joe Burrow (9) react after they connected for a touchdown pass during the second half of an NFL football game, Sunday, Oct. 24, 2021, in Baltimore.
(AP Photo/Gail Burton)

Burrow and the Bengals currently sit atop the AFC North and face the Jets in New York this Sunday. Even if Cincy finds themselves trailing on the road, Favre feels confident Burrow can keep pace and hold onto the team’s divisional lead.

“He finds a way to win or you’re always in the game, or have a chance to win at the end,” added Favre. “I think the sky’s the limit for this guy.”

Favre’s comments are welcome news to Bengals fans thirsty for a winner.