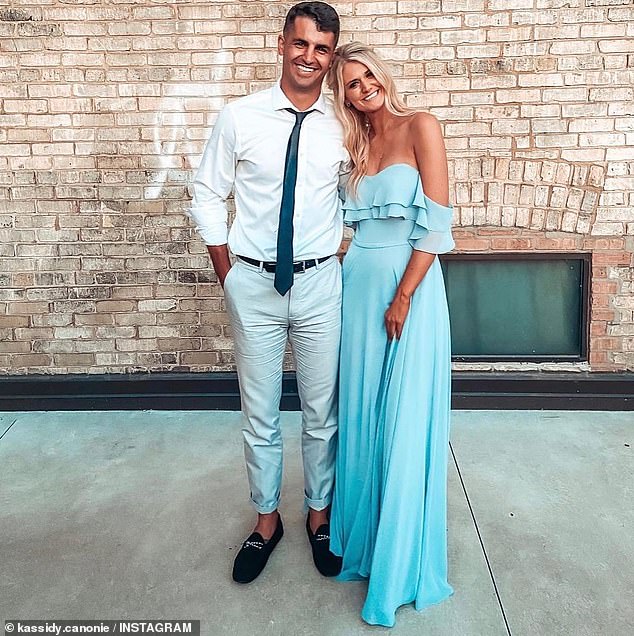 Watch this groom’s ‘priceless’ reaction to the risqué wedding gift his new wife made for him: ‘Close the blinds!’

A new bride has shared her husband’s hilarious reaction to the risqué wedding gift she made for him.

Kassidy Canonie, from Michigan, surprised her new husband Tony with a booklet of racy boudoir photos and had one of her bridesmaids film his response.

The newlywed posted the clip to TikTok which went massively viral drawing in more than 17.3million views and thousands of amused comments. 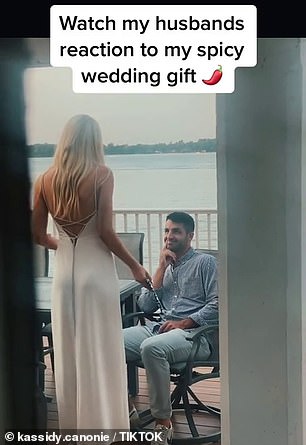 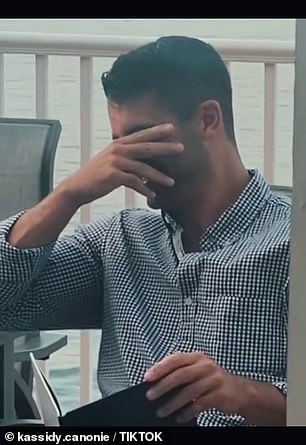 ‘Watch my husband’s reaction to my spicy wedding gift,’ Kassidy wrote in the video as she was seen handing Tony a book wrapped in paper.

The pair, who married in mid-September, were alone on a balcony as their friends and wedding party watched on and filmed through the window.

Tony’s eyebrows raised as he realised what he had been given and he got more flustered and excited as he flipped through the book of saucy images of his new wife.

‘Close the blinds!’ he exclaimed at one point hoping to get some privacy from the laughing onlookers. 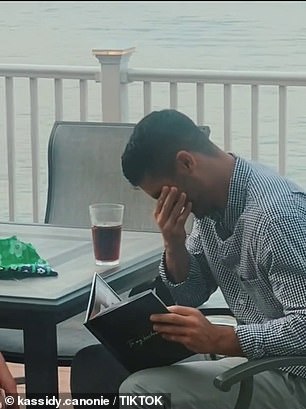 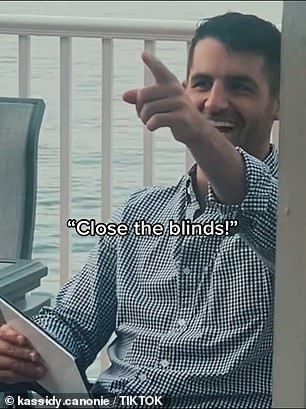 ‘His reaction was everything I hoped for,’ Kassidy said in the clip’s comments.

She wasn’t alone in loving Tony’s reaction as viewers called it ‘sweet’, ‘cute’ and ‘priceless’.

‘He had to sit there alone for five mins, I bet,’ one user joked.

‘This is just precious,’ another said while a third agreed: ‘This is so adorable! Look how cute he is getting all flustered! Love it!’

‘Whenever he’s mad at you bring this book out,’ laughed another.

‘What a perfect intimate gift for your new hubby! He was obviously thrilled. Loved his little stomping his feet thing! His reaction was priceless!,’ someone else wrote.