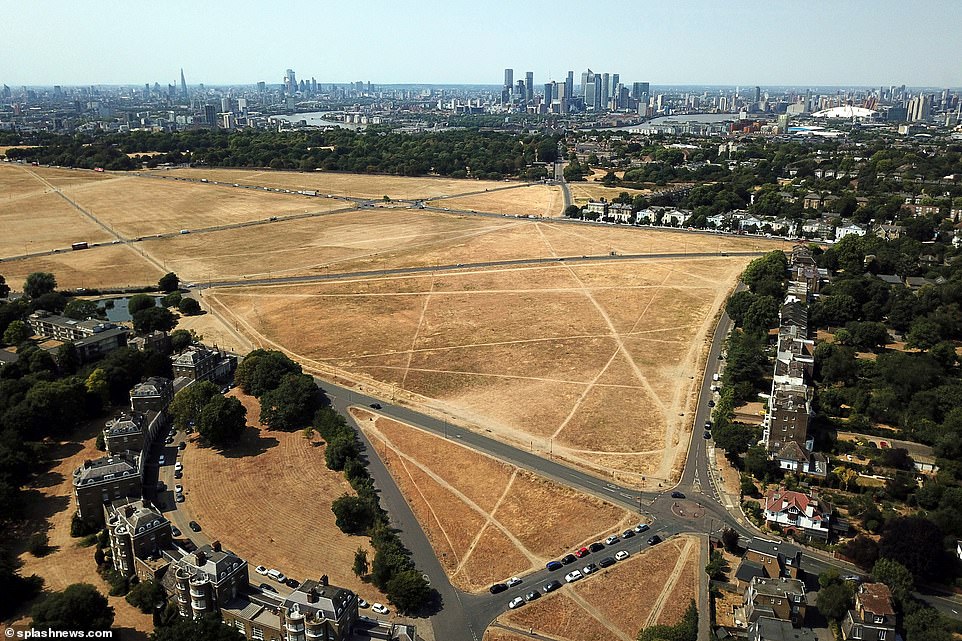 It’s autumn in August: Britain’s driest summer since 1935 leaves our once green and pleasant land looking like the Sahara desert as plants and trees go brown from lack of water

By David Wilkes for the Daily Mail

Leaves cover the ground in a crisp carpet of golden brown in scenes more familiar in autumn.

August has only just begun and summer does not officially end for nearly eight weeks. But extreme temperatures and a lack of water have caused ‘stressed’ trees to drop leaves early, say experts.

Our pictures show the extent of the phenomenon after the record-breaking heatwave and dry spell.

In one picture, children are seen playing with lime tree flowers, which are often shed now, and leaves in Ascot, Berkshire.

Scorched earth: The usually verdant expanse of South London’s famous Blackheath shows the dramatic effect of the dry spell and record temperatures on grassland. August has only just begun and summer does not officially end for nearly eight weeks. But extreme temperatures and a lack of water have caused ‘stressed’ trees to drop leaves early, say experts 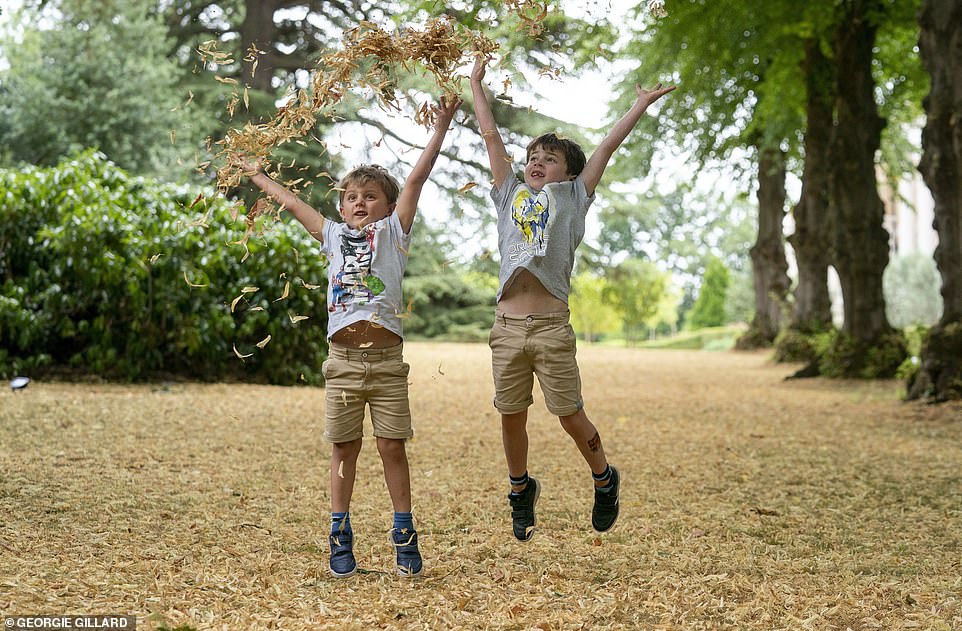 Jumping for joy: Brothers WIlliam Beran, 5 and Oliver Beran, 7 play in the fallen lime tree flowers, which are often shed now, and leaves, which are dropping from the trees much sooner than usual, in Ascot 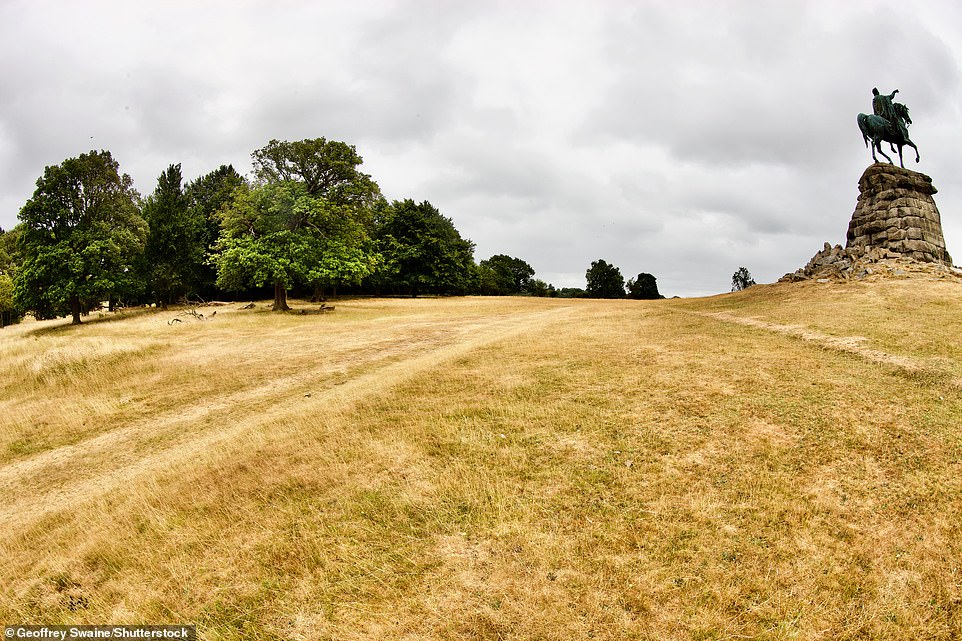 Plants shed leaves to balance the supply of water they can get from their roots with the amount of moisture they lose in the air through their leaves.

Sally Bavin, from the Woodland Trust, said: ‘Lack of water causes stress to trees and they’re not able to photosynthesize effectively. They can’t support the leaves so they shed them.’

She said there have been reports of autumn tinting on leaves from trees including horse chestnut, rowan, hazel, field maple and ash since mid-July. 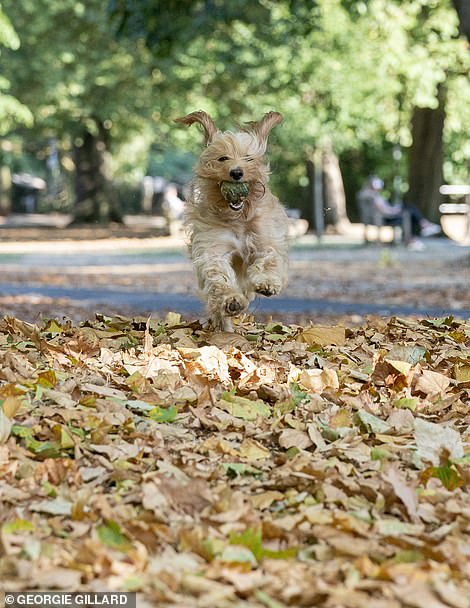 The trust is urging people to report such sightings to its Nature’s Calendar project, which uses observations to predict how wildlife will be affected as the climate changes.

He told the Mail people need not worry, saying: ‘Because most plants are so brilliantly adapted, they can be left to shed their leaves.

‘Autumn will arrive, the remaining leaves will be shed, winter rains will come and it will all go on as normal.’

In another example of the effects of the dry weather, a large crack opened up on Primrose Hill, north London, yesterday.

A spokesman for Royal Parks, which manages the area, said: ‘This crack is a result of the warm weather and lack of rain. The landscape maintenance team will be filling in the worst of the cracks before the weekend.’ 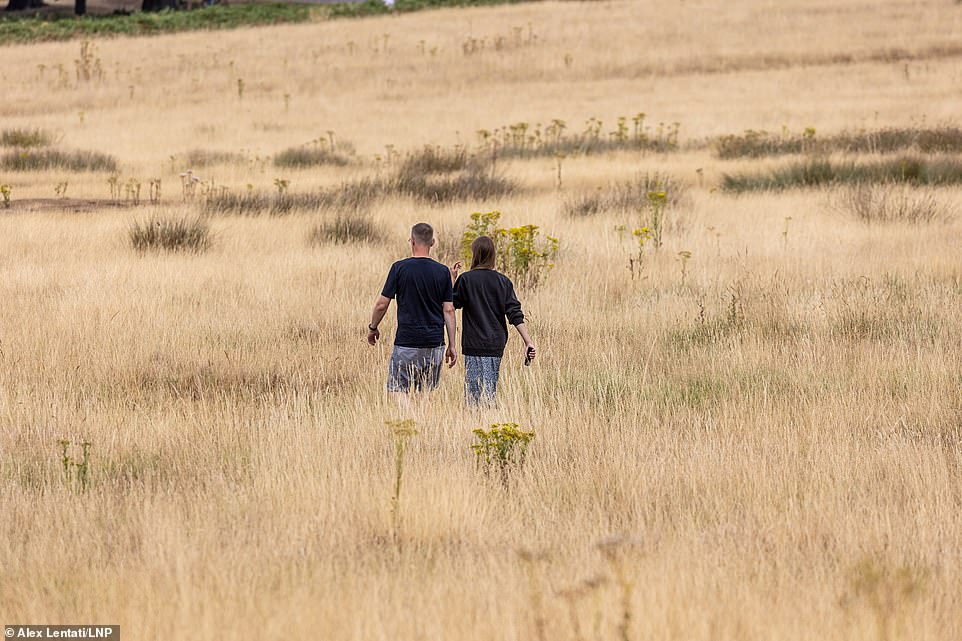 Park and dried: Walkers strolling through a parched Richmond Park 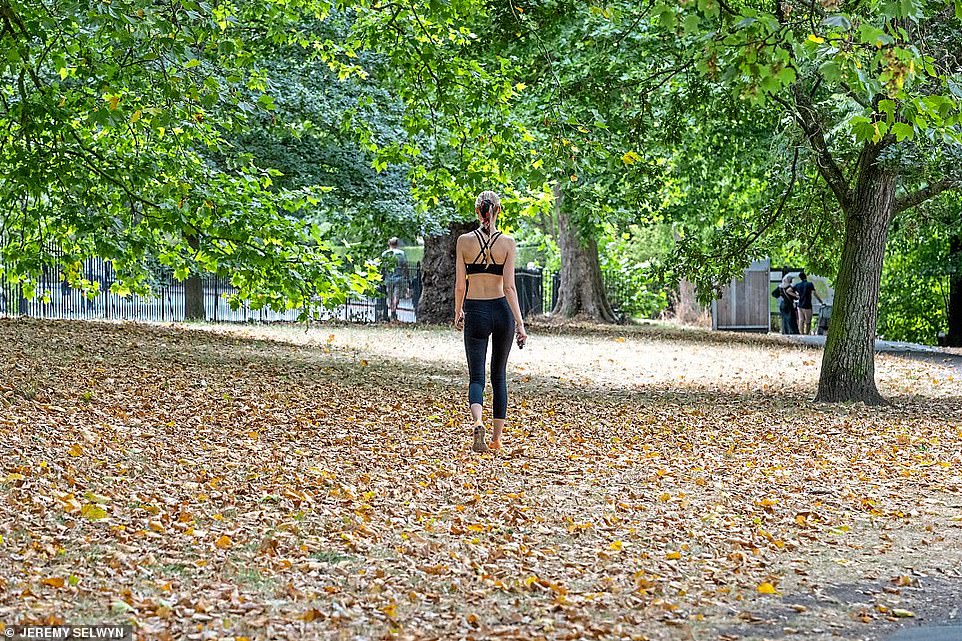 July was the driest in England since 1935, and the most parched on record for East Anglia, south-east and southern England, according to provisional statistics from the Met Office.

The UK saw just 56 per cent (46.3mm) of its average rainfall for July, making it the driest in more than 20 years and continuing a run of all months, bar February, being drier than average in 2022.

A UK record high temperature of 40.3°C was recorded at RAF Coningsby, Lincolnshire, on July 19.