A British barrister is toasting the £8million sale of 7,000 bottles from his private wine collection at a New York auction after he became a collector to fund his retirement.

The barrister began collecting wine more than three decades ago and told The Times that, despite having no plans to stop practising any time soon, he wants to open a restaurant in Californian wine hub Healdsburg.

Ian Mill (pictured, right) has sold off the majority of his collection for more than £8million to fund his retirement

‘California wines are hugely underrated in this country,’ he said, adding that the recent New York auction in New York at family-owned firm Zachys was billed ‘one of the most important collections of fine wine, and particularly fine burgundy, that has come to market in the past decade. One could even say century.’

Mr Mill works at Blackstone Chambers in London, also home to Lord Pannick and Sir James Eadie, who for and against the government in September’s row over Boris Johnson’s bid to prorogue Parliament.

He specialises in commercial, intellectual property and sport law, and has also represented David Beckham, Bob Geldof and Radiohead.

The lawyer started his wine obsession in 1985 just four years after he was called to the Bar. 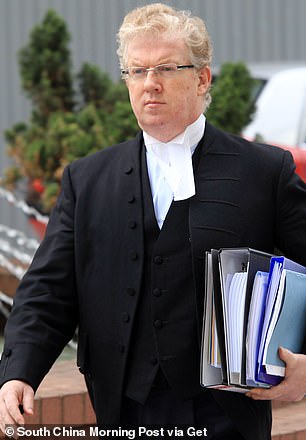 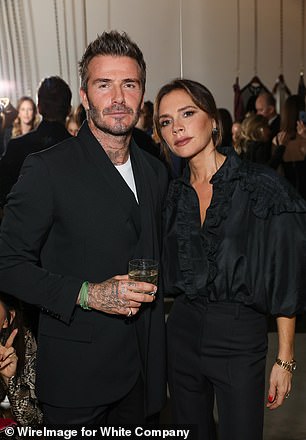 Mr Mill (pictured, left outside the High Court during the case of Fung Shui master Tony Chan Chun-Chuen) has represented David Beckham (right, with wife Victoria at Sotheby’s in September) among others

A 1982 Bâtard-Montrachet from Domaine Leflaive courtesy of the Le Manoir aux Quat’Saisons restaurant in Oxford sparked his passion.

Buying up bottles of burgundy on an industrial scale, Mr Mill became a shareholder in Morris & Verdin.

He sold up to Berry Bros & Rudd back in 2003 and continued to collect, stocking the cellars of Cabotte, the City of London restaurant in which he has a stake.

Auctioneers at Zachys told prospective buyers that Mr Mill was a ‘a stickler for provenance, appearance and general quality’.

But he claims not to know how much profit he’s made from his passion over the years.

And added that a lot of cash he did raise was spend on repaying debts he’d incurred over the years.