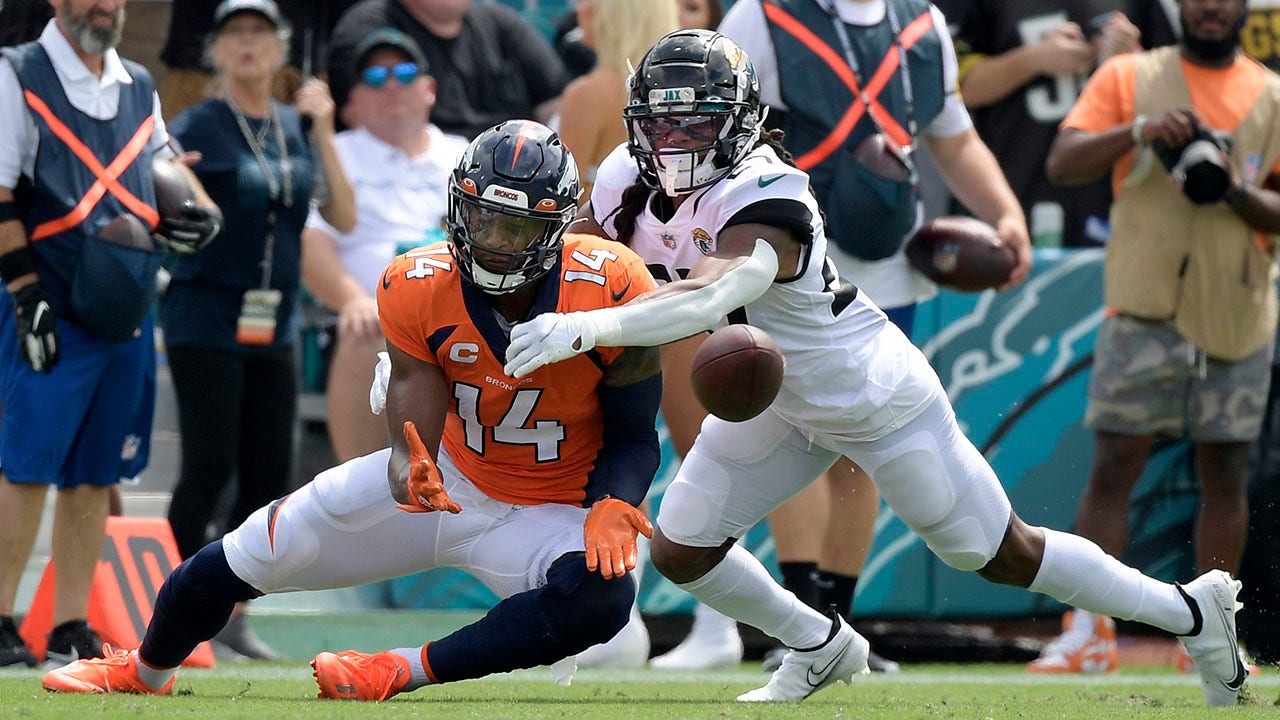 “We’re going to make you give the money back if you don’t hurry up,” Paton cracked.

Patrick, who went undrafted out of Utah because of injuries and was cut three times in the NFL before catching on with the Broncos, signed a three-year, $30 million deal Saturday that included $18.5 million in guarantees.

“This is something that you could only dream of, being undrafted and starting from the bottom,” Patrick said.

Sutton, who missed almost all of last season with a torn left ACL, signed a four-year extension Monday worth $60 million with $35 million guaranteed.

“This is amazing. This is such an honor and a privilege to be in this space,” Sutton said, insisting he never doubted he’d come back from his devastating knee injury 15 months ago.

“I’ve done a lot of deals over the years, but these two feel really good just because of what they’ve been through,” said Paton, who got bear hugs from both. “They’re two of our core players, important parts of what we’re building as a team and it’s a priority for us to reward and secure these types of players for the long term.”

Paton was thrilled that both receivers wanted to stay in Denver and didn’t have a hankering to test free agency, where they likely would have commanded more money.

“Why would I want to leave somewhere that believes in me?” Patrick said.

“This is home,” Sutton said. “And like Tim said, Denver gave me my opportunity and getting drafted was one of the best days of my life.”

Signing Sutton and Patrick now leaves Paton with about $70 million in projected salary cap space this offseason along with 11 draft picks, including five in the top 100.

“And we just locked up two of our primary free agents.”

The Broncos’ top four receivers—Patrick, Sutton, Jerry Jeudy and KJ Hamler, who’s on IR with a knee injury — are under contract through 2023, a fact that could help lure a veteran quarterback to Denver in the offseason.

Paton swore that wasn’t the impetus for the dual deals with Patrick and Sutton.

“No, we’re just trying to get better as a football team and win games,” Paton insisted. “These guys help us win football games, you can’t have enough weapons and now we have two really good ones. We got three with Jeudy and then some younger guys. So, we like where we are at that position.”

Sutton and Patrick are first and second, respectively, in receiving yards for the Broncos (5-5), who host the Los Angeles Chargers (6-4) on Sunday.

Patrick has 37 catches for 523 yards and four touchdowns this season. Over the past two years, Patrick has caught 88 passes for 1,265 yards and 10 touchdowns in 25 games with no drops and no fumbles.

“I’m just really happy for Tim. He’s the type of player every team wants,” coach Vic Fangio said. “He’s tough, he’s competitive, he’s prideful, he’s all about the team. And it was great that we rewarded him for that.

“It’s great for Courtland, too,” Fangio added. “Obviously, his play and his production since he’s been here speaks for itself. And we think he’s going to continue to improve both as he plays more, from just experience and getting over his injury from last year.”

They cashed in not only for their production, but for the intangibles they bring, Fangio said.

“Those two guys are all about the team,” Fangio said, “besides being great players.”