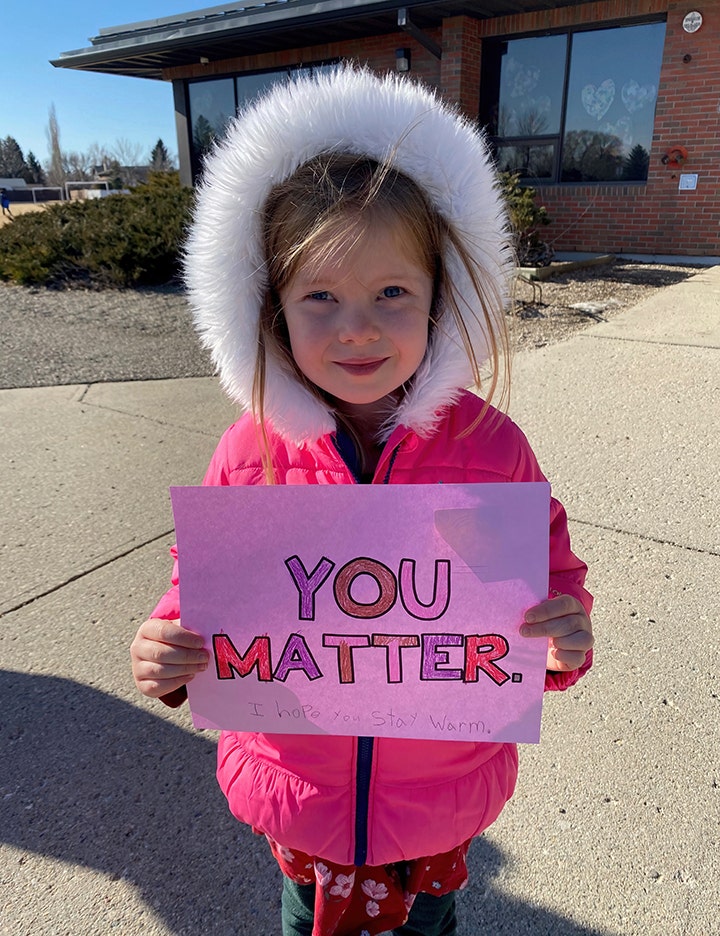 Hundreds of school children across the nation are sending blankets wrapped in handwritten notes of encouragement to people experiencing homelessness, including Ukrainians who were forced to flee their country after Russia’s invasion.

It’s a way to remind these individuals that they are not alone.

The effort started six years ago when two brothers from Brooklyn, Mike and Nick Fiorito, quit their day jobs to embark on a more meaningful life. They were on a mission to figure out how the world could become kinder.

One day they had a burst of inspiration. They started hand-delivering what they call “blankets of hope” to people living on the streets of New York City.

It started as a family project, but it quickly turned into a “global movement of kindness,” according to Herndon Graddick, director of the Blankets of Hope nonprofit.

With the help of venture capitalist Todd Chaffee, the duo turned their side project into a global nonprofit, Blankets of Hope, which “helps students practice empathy & kindness in an impactful service-learning experience,” according to the nonprofit’s website.

“If you want to start a movement of kindness, you start with kids,” Graddick said.

Hundreds of schools around the nation have registered with the nonprofit, so their students can “understand the life-changing benefits of giving back,” its website says.

Once a school registers online, Blankets of Hope will send them a shipment of the blankets and directions on how to host “Kindness Workshops” with their students.

During these workshops, the kids write handwritten notes with sayings such as “hang in there” or “You matter. I hope you stay warm,” to people in need. The notes are then affixed to blankets, which are fully funded by donations sent to Blankets of Hope.

“Every penny donated goes to the work,” Graddick said, adding that all other expenses are handled internally.

The blankets are then sent to homeless shelters or directly given out to people on the streets.

Since September, 50,000 children have written notes and sent blankets to around 50,000 people in need, according to Graddick.

A school in New York started working with organizations to send their blankets and letters to Ukrainian refugees after Russian forces invaded their country, driving millions of people from their homes into boarding countries.

“One way that people experience homelessness is war. We’re seeing the biggest migration of homeless people in Europe in 80 years,” he said. “And so we thought, how could we help make a difference?”

As the war persists, the nonprofit plans to scale its work in Ukraine to help even more refugees.

“We’re currently in discussion with major global partners about significantly scaling the operation,” Graddick said. “We want the Ukrainian refugees to know the world cares.”

The nonprofit is working to “teach people to be kind” all over the world and has already partnered with schools in 44 states across the nation and in three countries around the world.