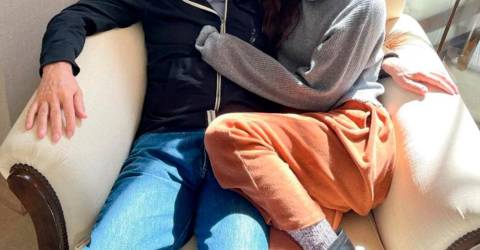 ACTOR Bruce Willis’s daughter, Scout, is extremely grateful for the support the public has shown to her family.

Since her father’s aphasia diagnosis was made public on Wednesday, fellow celebrities and fans alike have shown their support for Bruce.

Scout’s heartfelt post on Instagram read: “Papa! Yesterday was so surreal, sharing something so personal. I didn’t know how it would be received, there is always an unknown when sharing out so vulnerably into the world.

“I’d hoped for some love and compassion, I truly NEVER could have anticipated the depth and breadth of the love we received as a family yesterday. It kept hitting me yesterday how much love, energy, and prayers were now being sent to my daddio and just humbling me in a way that brings tears as I write this.”

She concluded the post by thanking everyone for reaching out and checking on the family. “I love and I appreciate you with all my heart, it’s gonna take me a whole to respond to your messages!”

Due to Bruce’s aphasia diagnosis, it was also announced that Bruce will step away from his long-time career as an actor. The condition affects his cognitive abilities, which made it extremely difficult for the actor to read and remember his lines on set. Hence, Bruce and his family have decided it is best to focus on his health instead.

On Wednesday, the family released a statement on social media which read: “We are moving through this as a strong family unit, and wanted to bring his fans in because we know how much he means to you, as you do to him. As Bruce always says, ‘Live it up’ and together we plan to do just that”.

It was written and signed by Bruce’s four daughters, his current wife Emma Heming Wills and his ex-wife Demi Moore.