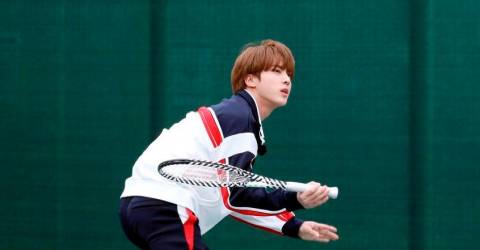 VOGUE Korea has named BTS member Jin – whose real name is Kim Seok-jin – as one of South Korea’s five sportiest celebrities, placing him at the top of the list.

His favourite sport, however, is tennis. Jin takes lessons from international tennis player Kim Sang-gyun, and he practises every week.

On Aug 27, Jin posted a photo on his Instagram showing him wielding a racket on a tennis court. In fact, he regularly posts photos showing him playing various sports, including golf.

Recently, there has been a debate on whether members of BTS should be exempted from South Korea’s mandatory military service. Jin, who turns 30 in December, would be the first in line to face the issue.