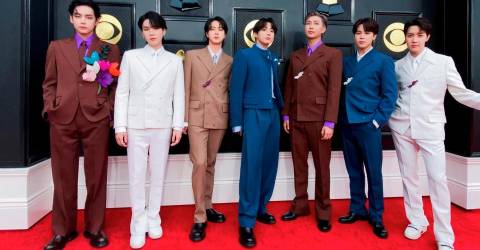 THE ongoing saga of whether K-pop supergroup BTS will be able to get a military service exemption appears to be drawing to a close.

A member of the South Korean parliament’s National Defense Committee stated that “there was a conversation between the secretaries of both parties to assess swiftly” over BTS’s military exemption.

“The ruling Democratic Party of Korea is more enthused about the military exemptions granted to BTS. I don’t believe the government and opposition parties have opposing views on this issue since it is about equality and national interest,“ Representative Seong stated in an MBC radio interview.

Regarding whether or not there is a unique circumstance for BTS’ military duty, he noted that the Democratic Party of Korea is moving more proactively, and the government is determined to address it as quickly as possible.

BTS is qualified for alternative service, according to Ahn Cheol-soo, the chairman of the presidential transition committee drafting the framework of the future administration, because the boy band has contributed significantly to the country’s benefit.

Ahn also remarked that it is reverse discrimination to exclude popular culture from the exemption system while pure arts and sports businesses are given preferential protection.

Members of BTS have currently left their military duty’s decision in the hands of the company. BTS has already stated that they will accept the call of duty when the nation wants, and they have not changed their minds.