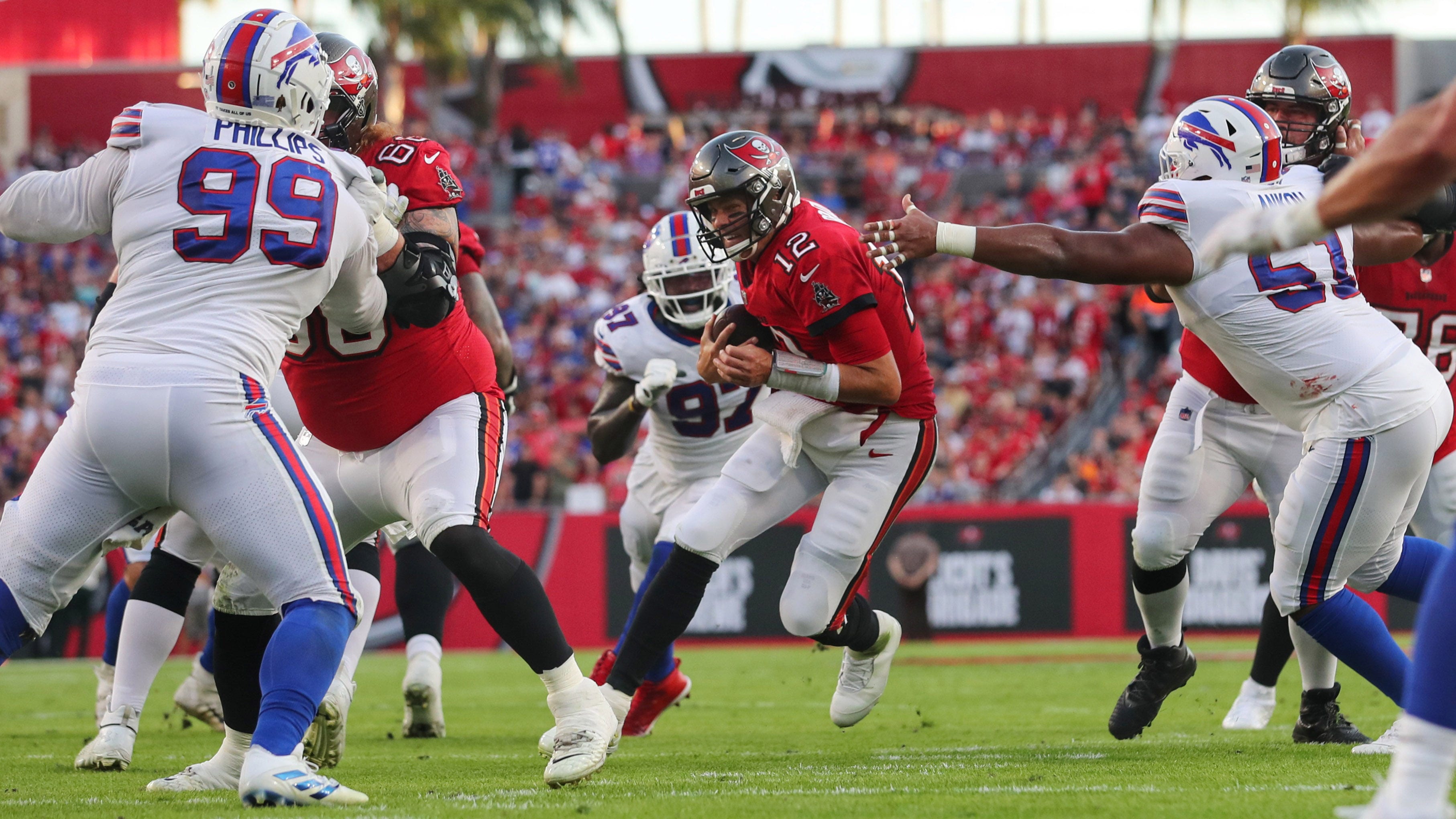 It’s hard to believe there’s any part of Tom Brady’s game that Tampa Bay Buccaneers head coach Bruce Arians isn’t happy with, but there was one play the veteran quarterback pulled off during Sunday’s 33-27 win over the Buffalo Bills that Arians doesn’t want to see again.

With just a minute left in the first quarter, Brady took a hit while running the ball on 3rd and 2 to give the Bucs a first down. The decision to fight for every yard while up 7-0 was an indication of Brady’s anticipation that the game would come down to just a few points, but Arians certainly wasn’t pleased.

“That’s enough of that s—,” Arains said when asked by reporters about the play.

Brady has never been known for his speed – he famously ran a 5.28 40-yard dash at the 2000 NFL combine – but Arians’ resistance to Sunday’s play was certainly more about protecting the 44-year-old quarterback.

Buccaneers quarterback Tom Brady runs for a first down against the Buffalo Bills  on Dec. 12, 2021, at Raymond James Stadium in Tampa, Florida.

Coincidentally, Bills quarterback Josh Allen injured his foot while running for a 23-yard gain before being tackled by Bucs linebacker Devin White.

Allen was seen wearing a boot during the post-game presser but said he doesn’t believe the injury is going to be “a big deal.”

Josh Allen of the Buffalo Bills during the fourth quarter against the Buccaneers at Raymond James Stadium on Dec. 12, 2021, in Tampa, Florida.

According to the NFL Network, Allen’s injury is believed to be a mild case of turf toe.