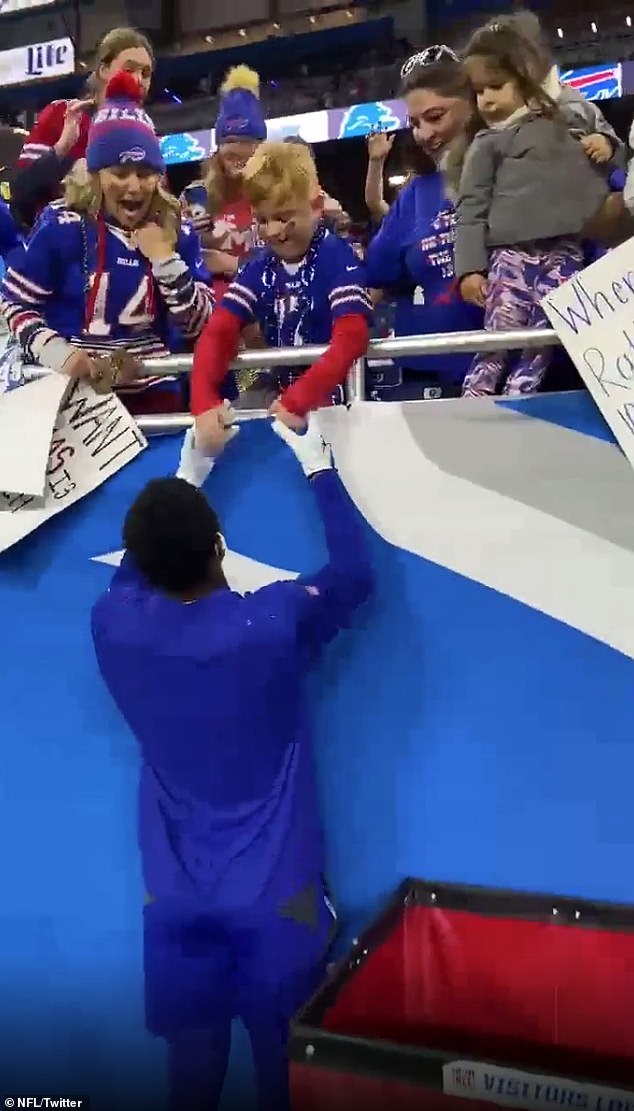 By Patrick Djordjevic For Dailymail.Com

The wideout noticed a sign held by a woman, saying ‘all I want for Christmas is to play catch with Diggs’ while warming up. He then duly obliged in the hours prior to a thrilling 28-25 win over Detroit.

Diggs helped the boy, wearing a Josh Allen jersey, down from the stands before calling him on to the turf to play catch.

The young fan excitedly ran onto Ford Field, reeling in a pass from the two-time Pro Bowler before launching one back in the mold of his favorite quarterback.

After completing the catch, the 28-year-old gave his new friend one final gift; a high-five before the boy ran back toward his family.

No doubt he would’ve been equally thrilled postgame as his Bills team pulled off a late victory with kicker Tyler Bass putting through a game-winning field goal with two seconds remaining in regulation.

It’s not the first time Diggs has taken time out of his pregame routine to play catch with a fan.

Following his act of generosity, another video surfaced on Twitter, showcasing a similarly sweet moment during his time with the Minnesota Vikings. 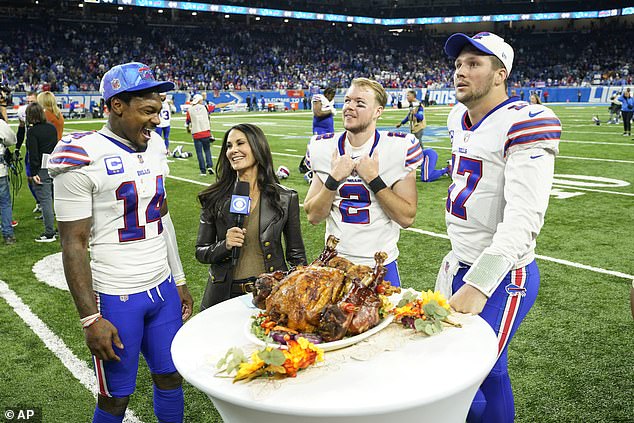 Diggs performed admirably during the game too, hauling in a fourth quarter go-ahead touchdown with 2:40 remaining.

Detroit answered thereafter, tying the score with 23 seconds left. Diggs then produced arguably the most pivotal play of the game, bringing in a Josh Allen laser for 36 yards, which ultimately set up the game-winner.

Bass made the tiebreaking, 45-yard field goal with two seconds left, lifting the Bills to a win over plucky Detroit for their second victory in five days at Ford Field. 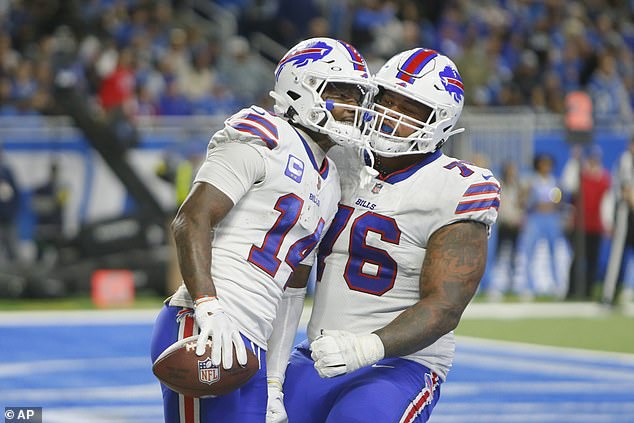