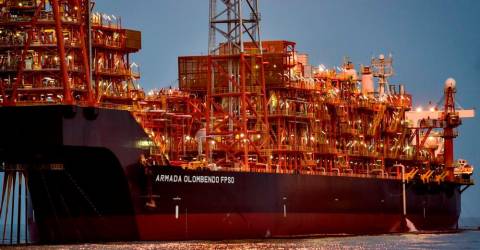 KUALA LUMPUR: Bumi Armada Bhd’s net profit declined to RM149.72 million in the third quarter ended Sept 30, 2022 (Q3’22) from RM153.41 million in the same quarter last year due to a downward revision in the estimated residual value of its vessels.

However, revenue increased to RM653.07 million in Q3’22 compared to RM517.92 million previously, mainly due to higher progress of completion of the Subsea Construction contract work in the Caspian Sea.

“Operating profit before impairment came in at RM276.4 million, an increase of 14.1% compared to the second quarter of 2022 (Q2’22) due to a continued focus on operational efficiencies.

“Cash generation remained strong with net operating cashflow of RM512.2 million which enabled us to repay almost US$74.8 million of debt during the quarter,” it said.

Bumi Armada said the future firm order book at the end of Q3’22 remained robust at RM13 billion, with additional optional extensions of up to RM9.9 billion.

Chief executive officer Gary Christenson said that during the quarter, the company successfully conducted the planned process shutdowns of two of its vessels in a safe and efficient manner and restarted ahead of plan.