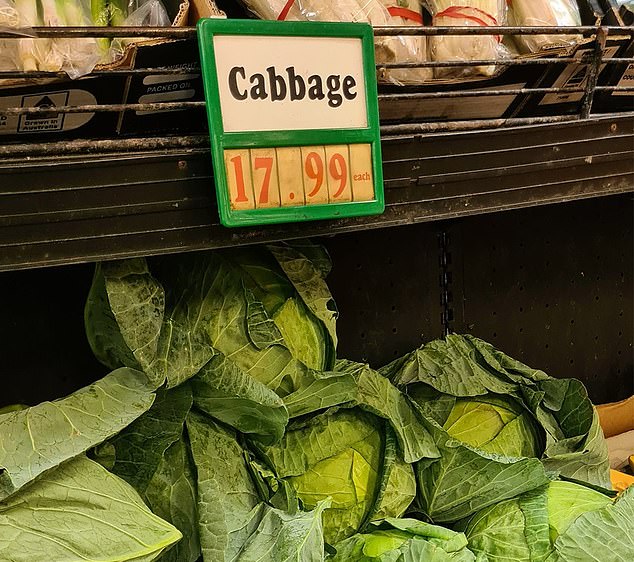 Shoppers are horrified to discover a head of cabbage on sale for $18 at a suburban supermarket: ‘You’ve got to really like cabbage’

A shopper was left in disbelief after seeing their local fruit and veggie market selling cabbages for $17.99 a head.

The shocked customer found the pricey greenery at Tarragindi Fruit Barn in Brisbane‘s south on Tuesday as inflation continues to surge across Australia.

Recent flooding on the east coast of Australia damaging crops, coupled with rising fuel costs triggered by Russia’s bloody invasion of Ukraine, have sent Australia’s cost of living soaring and green vegetables are among the hardest hit products.

A customer at Tarragindi Fruit Barn in Brisbane’s south found cabbages selling for $17.99 a head (above)

Unfortunately, the price jump isn’t restricted to small businesses with major grocers Coles and Woolworths also in the midst of a cabbage crisis.

Savoy cabbages listed as the only cabbage variety available at Woolworths with a whole head costing $8.90.

Commenters on Twitter were appalled by the steep asking price at the Brisbane grocer. 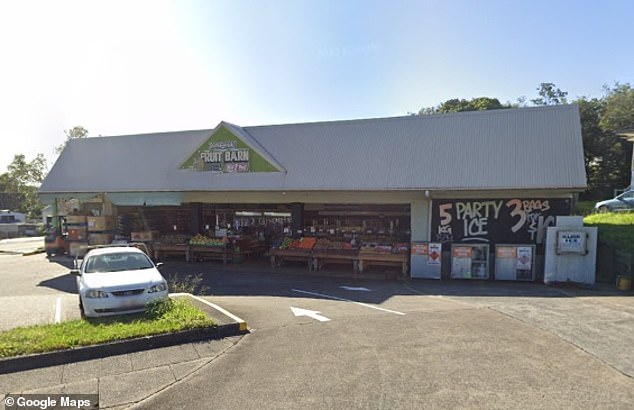 ‘Is anyone actually making money at these prices? You’ve got to really like cabbage to be paying $18!,’ one person wrote.

‘Leaves from the trees next door,’ a third wrote. 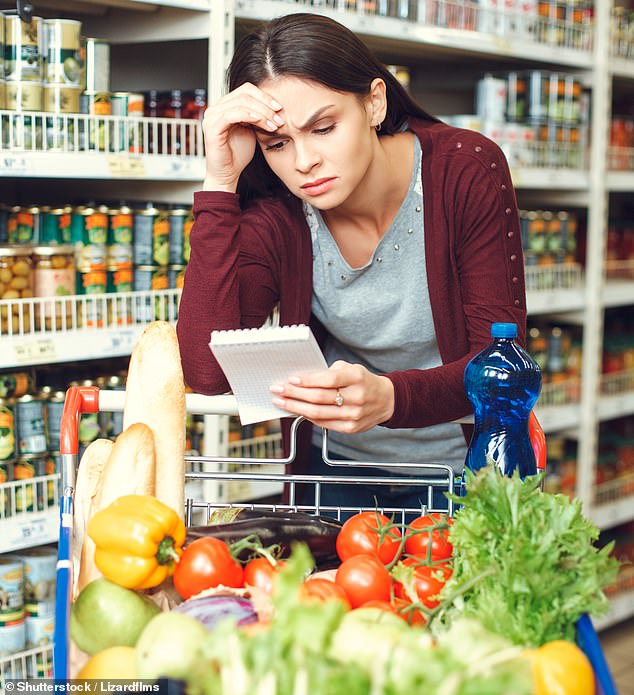 In the middle of the salad debate, customers reported finding lettuces marked up to $12 at their local grocers.

Fortunately, lettuce has returned to a more reasonable price with Coles and Woolworths both offering whole Iceberg varieties for $6.20.