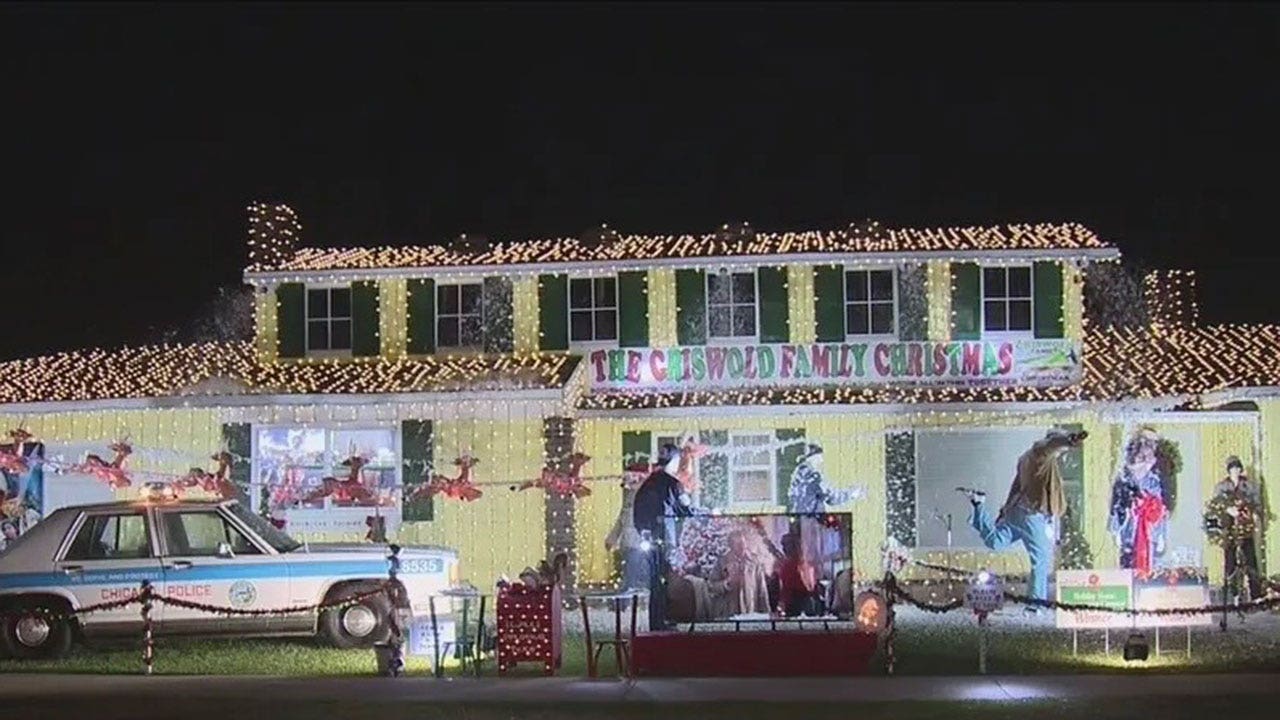 The city of La Mirada in Los Angeles is no longer fining a man for his ‘Griswold Christmas House Display,’ inspired by his fandom for the movie ‘National Lampoon’s Christmas Vacation.

Jeff Norton features new additions to his Christmas home display every year and has done so for the last four years, according to Fox 11.

This year he added a second story to his home to match the movie. While the display certainly lights up the neighborhood, he did not receive a jolly response from city officials.

“They believe it would be a safety issue, and I can openly tell you it’d be impossible for that to come off my roof” says Norton.

DIY CHRISTMAS FRAGRANCE GOES VIRAL ON TIKTOK, AND YOU CAN MAKE IT AT HOME

Because Norton did not apply for building permits to add the new story to his home, he was ordered to take them down by December 6th or face fines. Norton said he “kept safety in mind” when building the roof.

He adds that the second story is a temporary make-shift floor and does not have drywall.

“It’s really light. It’s all studded together and I used metal connectors,” Norton. The second story was something I envisioned as a 30 day add on. Obviously, I don’t need that on my roof.”

Despite the consequence, Norton proceeded to face the fines in the name of Christmas cheer.

The City of La Mirada fined Norton $100 each for the first and second week and $500 for the third and fourth weeks. His neighbors joined together to raise money to keep the Griswold addition alive.

Now the City of Mirada has backed down from fining Norton after massive support from the community. He expressed being grateful for the decision.

“The first thing that you really have to think about is the people, the community was really on my side on this and I’m sure that was a big part of their decision,” said Norton.

However, after the holidays the city orders that the second story must come down.