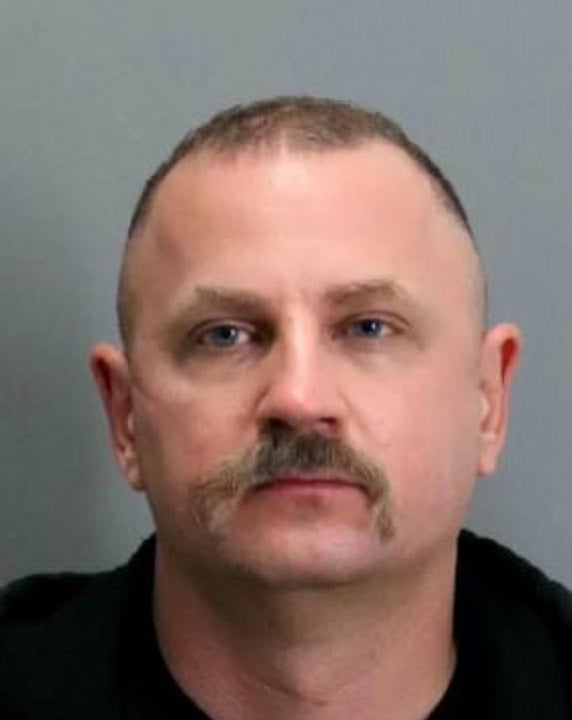 A Northern California police department employee has been arrested on weapons charges and placed on administrative leave after an FBI investigation revealed he made hateful posts on a website that included advocating the shooting of police officers, authorities said Friday.

Dennis Shevchenko, 40, works as a community service officer but does not have police powers, Police Chief Anthony Mata said during a news conference. He has been employed with the department since 2012.

The FBI probe into him was brought to the attention of the police department on Oct. 14. He was arrested that night while on duty, Mata said.

“This incident is unfortunate and I am extremely disappointed that an employee in our organization may have harbored and spread these hateful messages,” Mata told reporters.

He also allegedly brought a firearm into the police station and kept it in his locker, authorities said.

Shevchenko’s status as a non-sworn employee means he is not allowed to carry a gun. His duties include assisting patrols officers in taking reports, responding to traffic accidents and directing traffic.

The online posts he allegedly made involved messages of a “political nature” and violence and threats, the police chief said. He said it was unclear if Shevchenko was involved in the Jan. 6. riot at the U.S. Capitol.

He added that new recruits are screened for similar ideologies as well as current employees.

Shevchenko will remain on paid administrative leave pending the outcome of the investigation, Mata said.