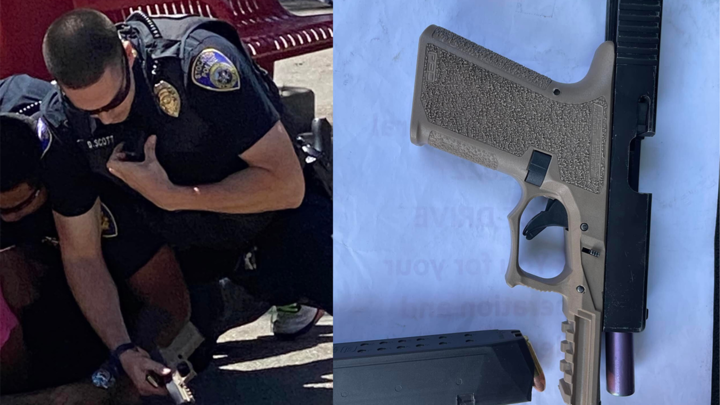 A school resource officer disarmed a student who pulled out a loaded gun during a fight on Monday at a high school in Stockton, California, according to police.

The suspect, a 17-year-old male, was booked into juvenile hall on charges of battery, criminal threats, resisting arrest, and weapon charges.

A school resource officer could be seen taking the handgun away from the suspect during the fight.
(Stockton Police Department)

The fight broke out on campus around lunch time at Lincoln High School, which serves nearly 3,000 students.

“When our SRO and school staff were breaking it up our SRO saw the [suspect] pull out a gun from his waistband and that’s when our SRO took him down on the ground and disarmed him,” Joseph Silva, a spokesperson for the Stockton Police Department, told Fox News Digital.

Administrators at Lincoln High School and the Lincoln Unified School District could not immediately be reached for comment on Monday evening.