She tells BBC Radio 4’s Desert Island Discs that she struggles to understand why so many shows in recent years have relied on violence against women and children to attract viewers.

‘The primary role of a woman in modern drama is usually to be found dead and the primary role of a child is to go missing,’ she says. ‘I do wonder at the fascination with violence and with the damaged psyche and why that is considered to be so marketable.’

Thomas, one of television’s most successful writers who counts the Bafta-winning Cranford among her credits, is famous for putting strong female characters at the centre of her work.

The 57-year-old questions the use of hardcore violence to represent gritty realism, while the emotion-evoking storylines in Call The Midwife are often dismissed as nostalgia or fantasy. She tells host Lauren Laverne: ‘You only have to look at the latest roster of drama that has been bought or commissioned by such and such a streaming channel. It’s so often about crime and very often about rape and very often about the most debased instincts that humans have. I naturally recoil from that slightly.’ 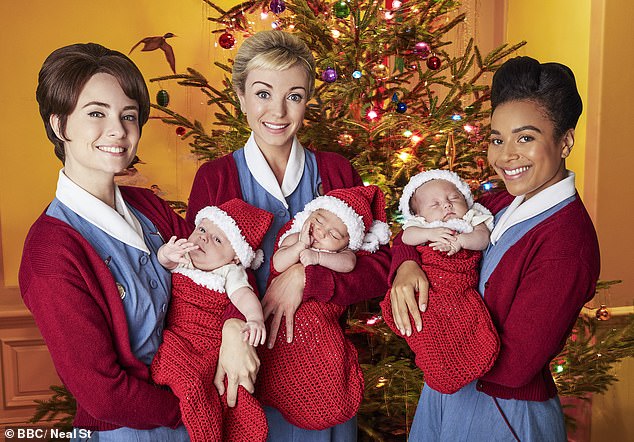 Call The Midwife, which launched in 2010, is now the most successful continuing drama on our screens and is beginning its ninth series on Christmas Day. Ms Thomas revealed how she developed an obstructed intestine which led to life-threatening health complications  in the 1990s and these experiences ‘change your perspective’

Call The Midwife, which launched in 2010, is now the most successful continuing drama on our screens. Its ninth series, starring Helen George, Jennifer Kirby, Leonie Elliott and Jenny Agutter, begins on Christmas Day.

Thomas also reveals how a brush with death helped her own creativity, despite fearing her illness would leave actor husband Stephen McGann to care for their infant son, Dominic, by himself. 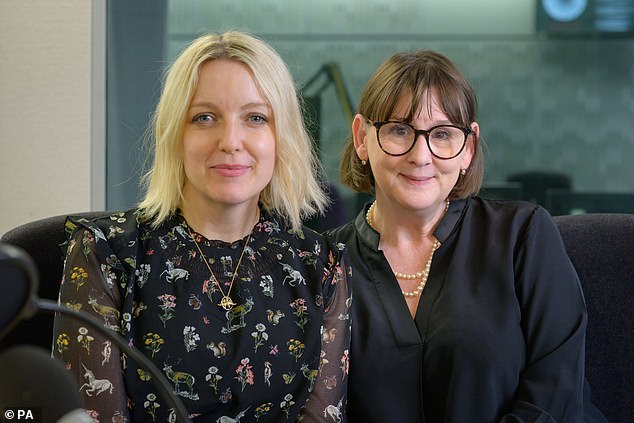 In the late 1990s, she says, she developed an obstructed intestine which led to life-threatening health complications, including sepsis.

‘I had to have emergency surgery and a very large piece of my bowel was removed, and then of course I had to deal with the sepsis, so I was very, very poorly.’

She adds: ‘It was a brush with death that I do think changes your perspective.

‘It gave me a sense of how much there was to lose. For years and years afterwards I would shudder at the idea of Steve being left alone with a baby, and the idea that Dominic would never have remembered me. I didn’t really begin my best work as a writer until I was recovering from that illness.’ 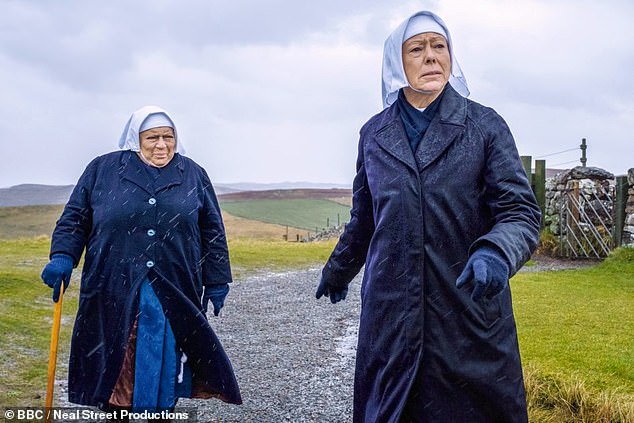 It’s a festive favourite that helps many families get into the Christmas spirit. But a new BBC version of A Christmas Carol risks looks likely to have parents and purists reaching for the off switch.

The three-part series, written by Peaky Blinders creator Steve Knight, begins with a boy urinating on the grave of Jacob Marley and features dialogue littered with expletives, including the F-word. 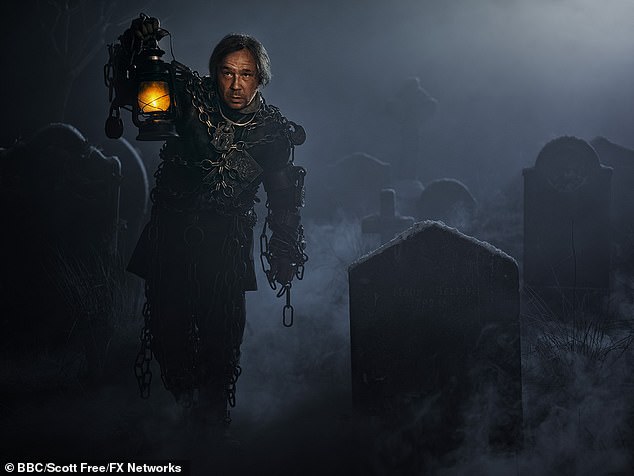 Out of the shadow: BBC’s adaptation of A Christmas Carol begins with a boy urinating on the grave of Jacob Marley, played by Stephen Graham (pictured)

It is the first major adaptation of the Charles Dickens’s classic to be considered unsuitable for children. It will be screened at the 9pm watershed, although many youngsters will still be up during the school holidays.

Claire Tomalin, who wrote a celebrated biography of Dickens, said: ‘I don’t think he would have been very pleased.

‘Dickens didn’t need people urinating on graves. He reached people through the power of his words and his imagination.’ The new drama, billed as one of the highlights of the BBC’s Christmas schedule, is a far cry from the classic 1951 feature film version featuring Alastair Sim, which remains popular with family audiences.

Starring Australian actor Guy Pearce as Scrooge, Line Of Duty star Stephen Graham as Jacob Marley and Andy Serkis as the ghost of Christmas Past, the opening shot of the new adaptation shows a young boy describing Marley as ‘a skinflint b*****d’ while defiling his grave. 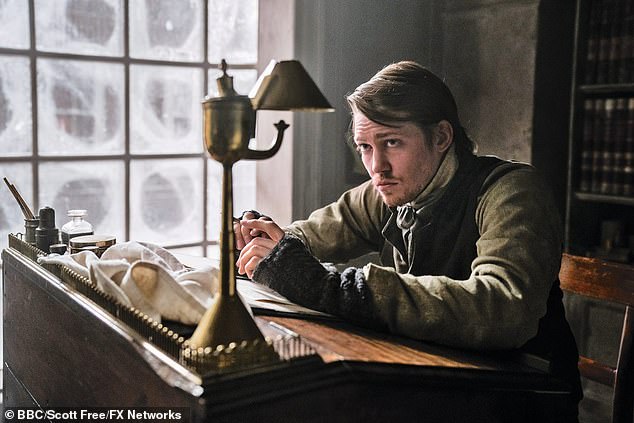 It is the first major adaptation of the Charles Dickens’s classic to be considered unsuitable for children with Scrooge complaining: ‘How am I supposed to work with all this f****** noise’

Another scene has Scrooge complaining about a din outside, asking: ‘How am I supposed to work with all this f****** noise.’

The F-word features again when Marley’s ghost complains that he is unable to escape everlasting damnation.

But the show’s cast have tried to justify their version of the Christmas classic, published first in 1843, which will be shown over three consecutive nights.

In an interview with the Financial Times, Guy Pearce said: ‘I have seen a couple of versions of A Christmas Carol – there’s always something a little cosy about it. Whereas this one is really confronting, it’s really heartbreaking, it’s really devastating, it’s really emotional.’

Charlotte Riley plays the ghost of Christmas Present as Scrooge’s sister rather than as the traditional Father Christmas figure.

She told the BBC’s One Show that Knight ‘has read between the lines of Dickens’s words and eked out the psychology of why Scrooge is the way he is, which post-Freud is what we are all kind of interested in these days.’

A Christmas Carol begins on December 22 on BBC1.