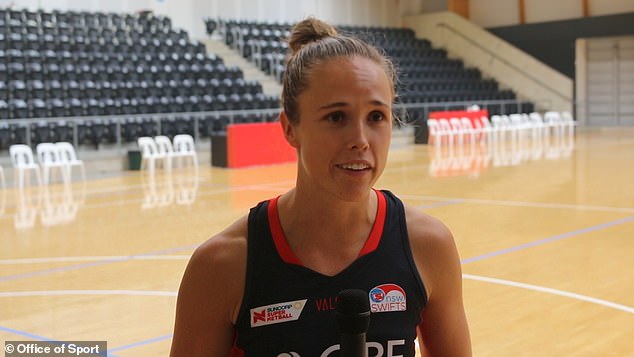 A new campaign is urging parents and spectators at junior sportsgrounds to stay positive and not argue with referees.

The Shoosh for Kids Winter Campaign is being held throughout May, with NSW clubs, members and sporting associations asked to promote positive behaviour.

‘Sport should be fun and the best way we can do this is to keep spectator comments and behaviour positive so that kids want to keep playing and enjoying the benefits that it offers,’ Sport Minister Stuart Ayres said.

‘We’re urging sports clubs across NSW to sign up to the Shoosh for Kids campaign and keep sport fun for our junior players this winter.

‘The message is simple, if you don’t have anything positive to say, Shoosh for Kids.’

‘You can lose confidence, become quieter and even not want to play, and we want to keep as many kids in sport as we can, so it’s detrimental to have people yelling or abusing from the sideline,’ she said.

‘You want to be out there having fun with your mates and if you’re hearing negative comments from the sideline, then that really takes away from that,’ he added. 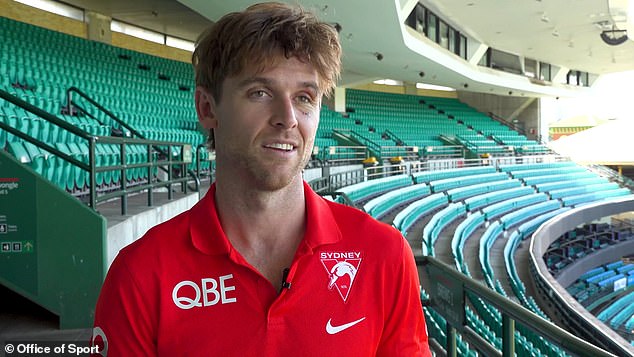 Western Sydney Wanderers captain Rhys Williams said kids play sport to enjoy themselves and it also had both physical and emotional benefits.

‘Negative spectators can have a damaging effect on children as well as parents and coaches,’ he said.

‘We need to stamp it out and ensure kids enjoy playing sport.’

‘There’s nothing better than hearing a parent cheering for their child and the child seeing their parents are happy for them no matter how they perform on the field,’ she said.

‘If kids are participating in sport and they’re hearing negative feedback and commentary from the sideline, it doesn’t create a great experience,’ Dellacqua, who now works with Tennis NSW, said

‘We need to make sure they enjoy the benefits of playing sport, so the more positive spectators are, the better it is for the child, the club and entire sporting community.’ 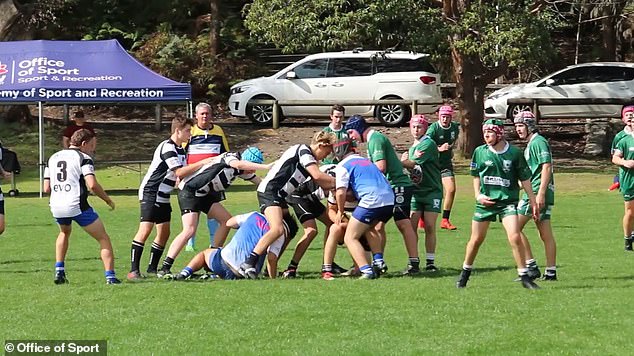 A new campaign, Shoosh for Kids, is encouraging parents and spectators to be more positive at junior matches, such as the one pictured 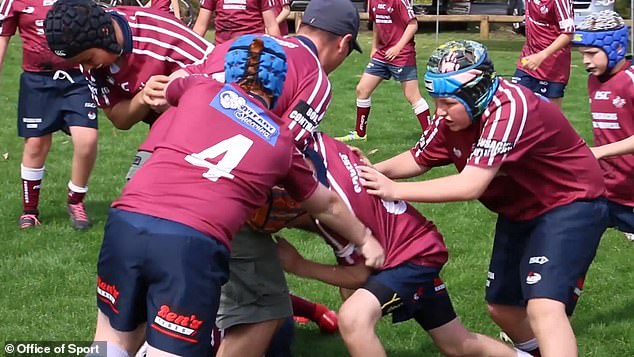 Junior sports games (pictured) should respect the decisions made by referees, a new campaign says

Sydney FC captain Alex Wilkinson urged spectators to show respect for those in charge of games.

‘It’s important to respect the decisions of referees because they’re there to facilitate the game we love and without them we wouldn’t be able to play,’ he said.

‘Whether they get the decisions right or wrong, they’re only human and it’s important to respect them either way.’

The campaign comes after a 16-year-old boy was arrested after throwing a vicious punch during a junior football match in Victoria.