‘I haven’t sung in a year’: Cancer-stricken Olivia Newton-John, 71, sings Hopelessly Devoted To You in iconic Grease costume during a special moment with co-star John Travolta, 65

By Candice Jackson and Tom Place For Daily Mail Australia

Olivia Newton-John, 71, is battling breast cancer for the third time.

But the singer and actress was in high spirits on Friday when she reunited with Grease co-star John Travolta, 65, for an event celebrating the hit musical in Florida.

Sporting their iconic Grease costumes for the first time since the film’s release 41 years ago, Olivia took to the microphone for a special moment on stage with John.

Iconic: Cancer-stricken Olivia Newton-John, 71, sung Hopelessly Devoted To You in iconic Grease costume during a special moment with co-star John Travolta, 65, in Florida on Friday

The British-born, Australian-raised performer chose to sing a segment of the movie’s ballad Hopelessly Devoted To You.

At first appearing hesitant as she held the microphone to her mouth, she told the crowd: ‘I have to preface this with I haven’t sung in a year, so will you help me?’

Fans could be heard saying ‘aww’, before cheering and saying ‘yes’ to encourage the brave superstar.

Olivia revealed earlier this year that she was battling breast cancer for a third time, following diagnosis’ in 1992 and 2013. 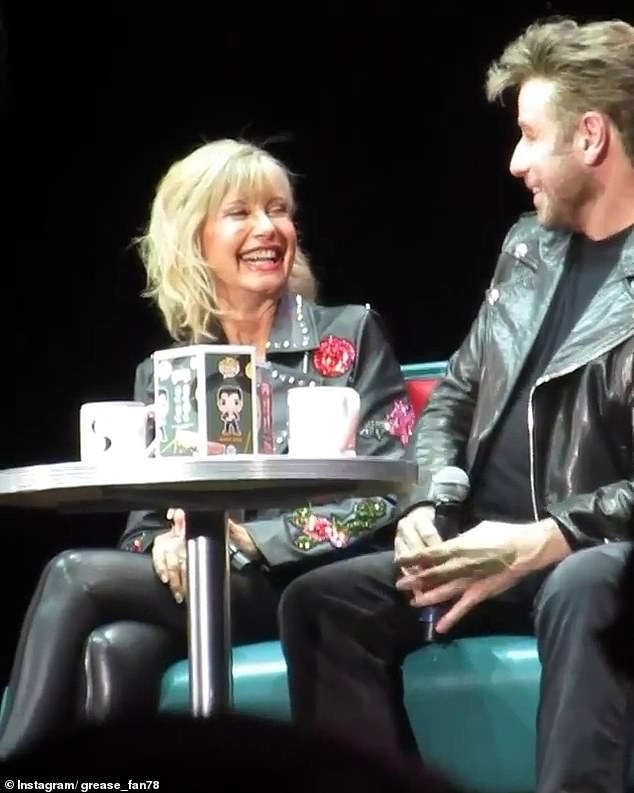 Not letting it get her down! Olivia revealed earlier this year that she was battling breast cancer for a third time, following diagnosis’ in 1992 and 2013. 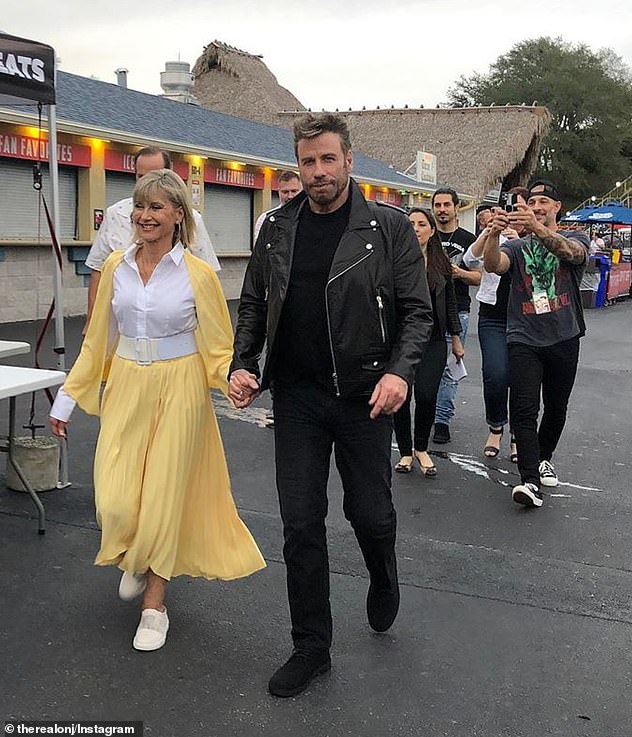 I got chills! Olivia Newton-John (left) and John Travolta (right) reunited in their iconic Grease costumes for the first time since they appeared in their 1978 film on Friday in Florida 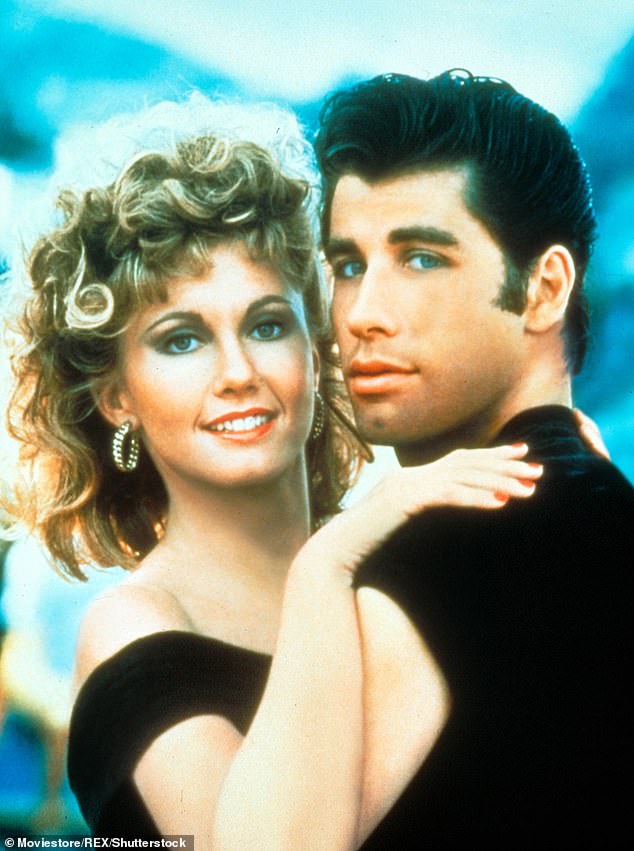 Then: The pair pictured in the 1978 film 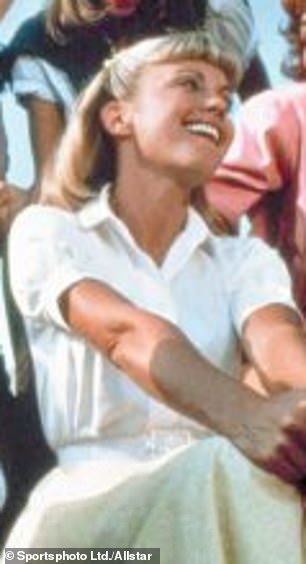 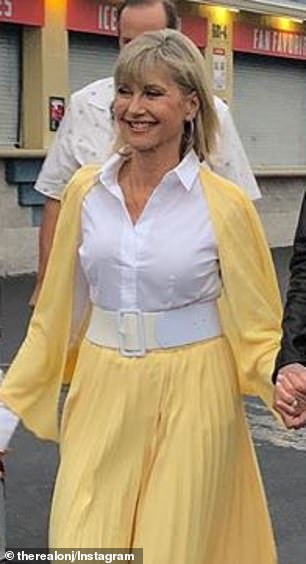 Still fits!  Olivia was 29 when she filmed the iconic film  (pictured left)

The pair, who play Danny Zuko and Sandy Olsson in the film, looked just like they did over 40 years ago at the meet n’ Grease movie sing-a-long event.

Olivia first appeared in a pleated yellow skirt and cardigan with a white shirt underneath, mirroring one of her standout looks from the film.

While on stage, she showcased her costume change into a ‘sexy’ Sandy look.

Clad in a leather jacket, the actress donned a pair of form-fitting leather leggings and a complementing silk camisole. 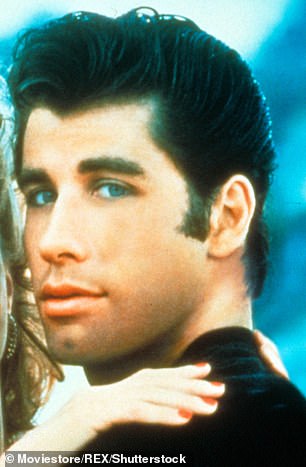 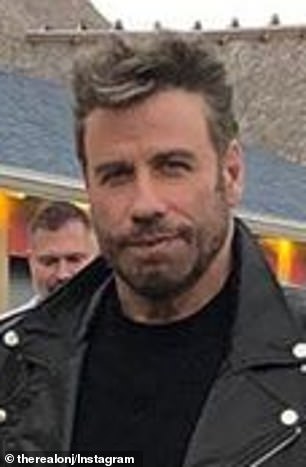 Back in the day: The musical movie made John then 24 (pictured left) a heartthrob overnight 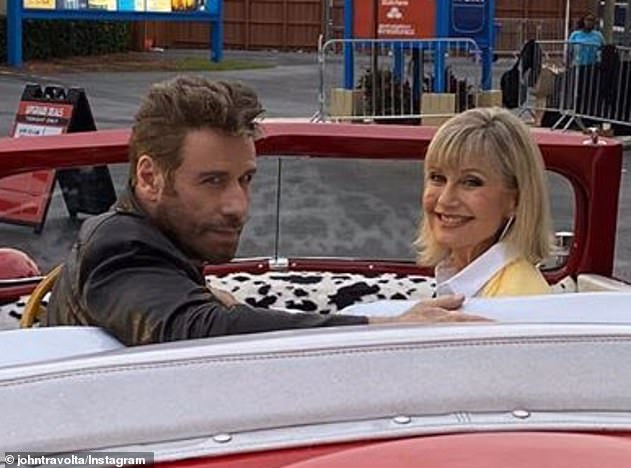 Back in time: The pair will appear at the Meet n’ Grease movie sing-a-long event in Florida 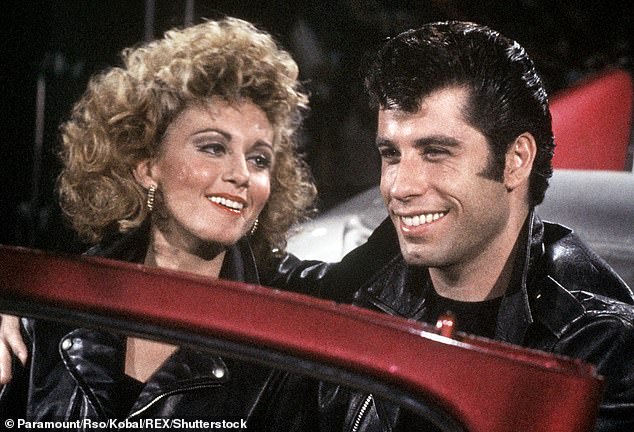 It comes after an anonymous buyer recently returned Olivia’s classic leather jacket from the film.

According to Reuters upon returning jacket the buyer decided to instead donate the $243,000 winning bid to the star’s cancer treatment centre.

The buyer of the jacket described himself as Olivia’s ‘No. 1 fan’ and wished her ‘God speed for a quick recovery.’

Olivia said she plans to put the jacket on display at her Melbourne cancer centre.

‘That is the most incredibly generous thing to do for me,’ she told the anonymous bidder. ‘I am so grateful, and I am just blown away.’ 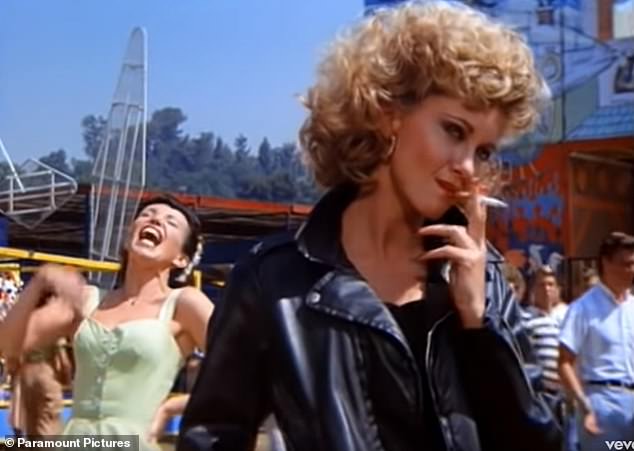 A look! It comes after an anonymous buyer recently returned Olivia’s classic leather jacket (L) from the film and donated the whopping AUD$243,000 to her cancer treatment centre