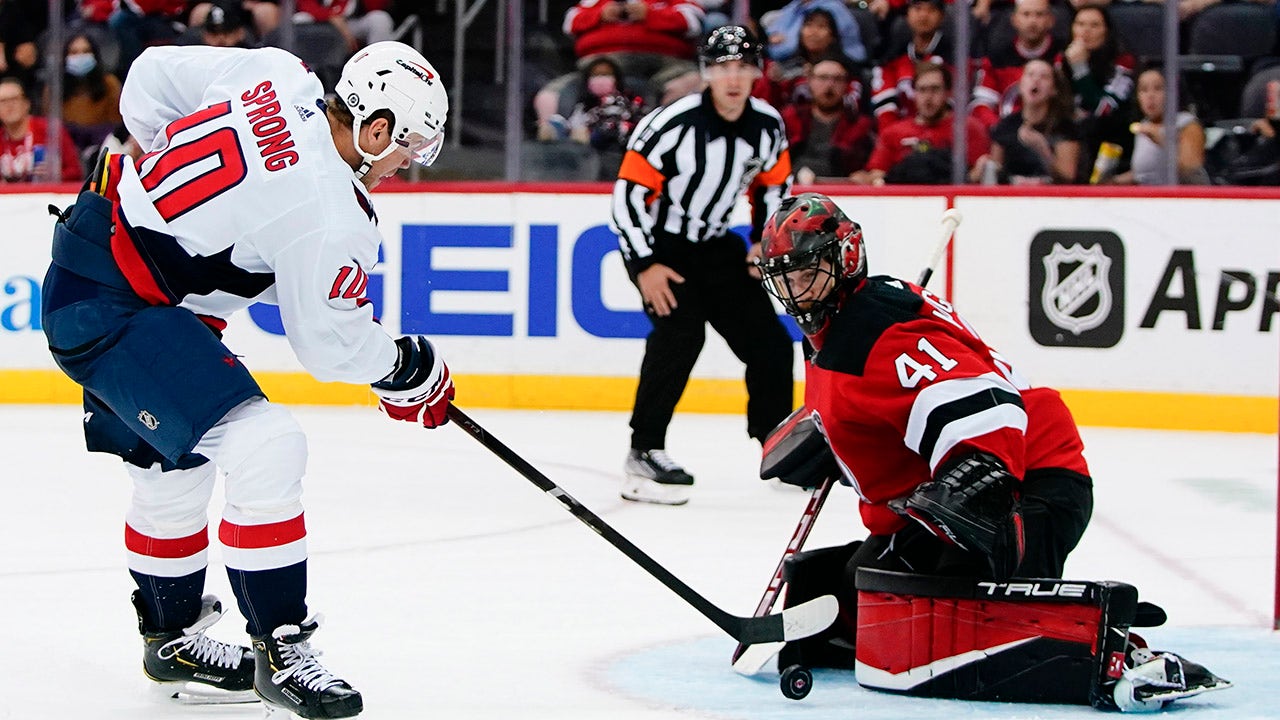 Daniel Sprong set up the Capitals‘ first goal and scored on a second-period breakaway to lead Washington to a 4-1 victory over the New Jersey Devils on Thursday night.

Anthony Mantha, Dmitry Orlov and Evgeny Kuznetsov also scored as the Capitals (3-0-1) handed New Jersey (2-1) its first loss of the season. Alex Ovechkin had his three-game goal streak snapped but he had an assist on Orlov’s goal.

Vitek Vanecek had 24 saves for Washington, losing his shutout bid on a power-play goal by Janne Kuokkanen with 6:42 to play.

Scott Wedgewood, who was in goal because Jonathan Bernier and Mackenzie Blackwood are sidelined, made 23 saves in his first start of the season.

The Capitals got two shots past Wedgewood in the opening 9:33. Sprong set up the first one at 4:14 with his persistence. Carrying the puck up the right wing to the lower circle, his initial centering pass was blocked behind the goal line. He retrieved the puck and found Mantha all alone in front for his second goal of the season.

Orlov got his first goal after Wedgewood gave up a long rebound on a straight-on shot from Ovechkin. Orlov collected the puck, skated toward the middle of the ice and backhanded the puck high into the net.

Sprong pushed the lead to 3-0 midway through the second period, poking the puck past Devils defenseman Dougie Hamilton at the blueline and skating the length of the ice before beating Wedgewood between the pads for his first goal.

Kuznetsov, who scored two goals in Washington’s win over Colorado on Tuesday, got his third in close after a Devils’ turnover. And Kuokkanen scored on a shot from the inner edge of the right circle.

The Devils put center Jack Hughes on the injured list earlier in the day. The No. 1 overall pick in the 2019 dislocated his left shoulder against Seattle on Tuesday. No time frame was given for his return. The team said surgery is not planned at this time.

This was Washington’s only trip to the Prudential Center this season. The teams will play twice in Washington. In last year’s 56-game season, the Caps and Devils played eight times, with Washington winning all of them. … Vanecek has started three games and not given up a goal in the first two periods, stopping 43 shots.

Capitals: Home against the Calgary Flames on Saturday night.

Devils: Play the fourth game of their homestand against Buffalo on Saturday night.