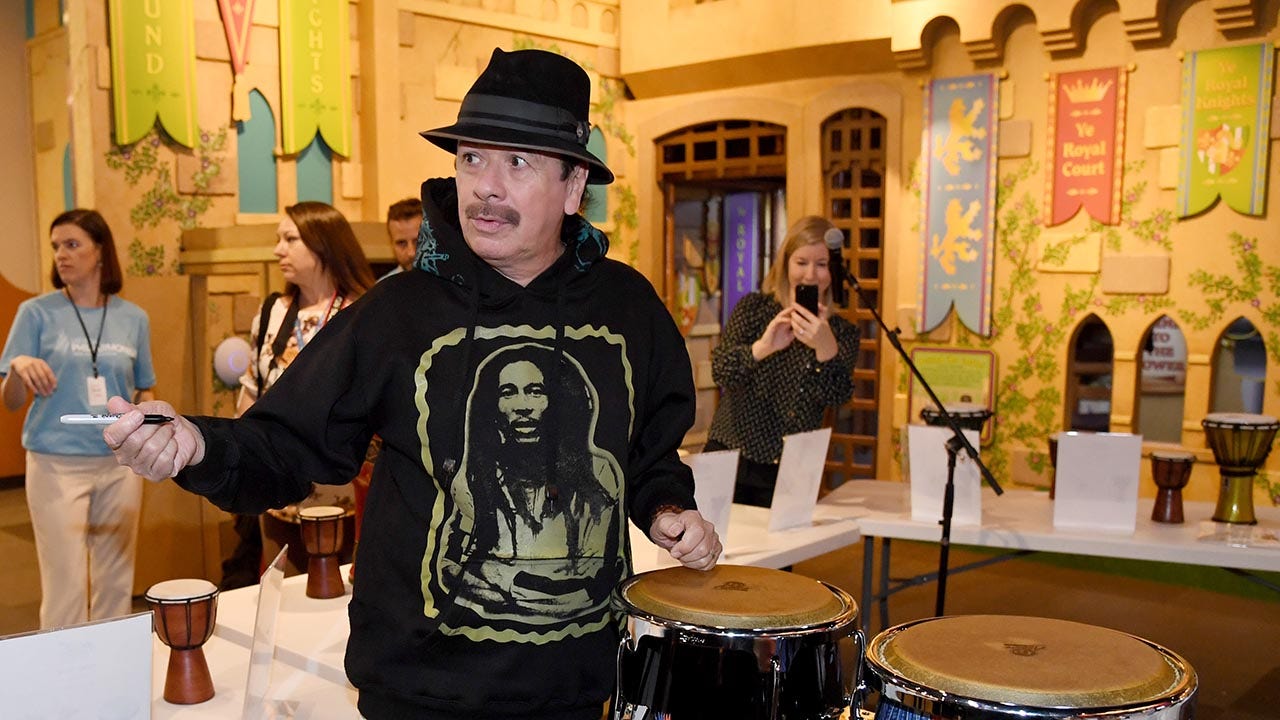 Carlos Santana’s wife shared an update on the legendary guitarist after he collapsed on stage during a Michigan concert due to heat exhaustion Tuesday evening.

“Please know that he’s resting and doing very well! He was diagnosed with heat exhaustion & dehydration … it was 100 degrees on stage and 114 under the lights so that coupled with not enough water is what caused the issue,” the post, first shared by his wife, Cindy Blackman, stated. “He’ll be as good as new soon! Thank you again and we love you!”

Santana reportedly passed out 40 minutes into his set, according to Fox 2. The guitarist sat down on a riser, where he apparently lost consciousness. Santana later shared he had forgotten to “to eat and drink water” and passed out as a result.

Fan videos show Santana being treated by medics on stage shortly after he collapsed. He was then taken off the stage and was was seen waving to fans.

Carlos Santana’s wife shared an update on the legendary guitarist after he collapsed on stage during a Michigan concert due to heat exhaustion Tuesday evening.
(Ethan Miller/Getty Images)

His July 6 show at the Pavilion at Star Lake in Burgettstown, Pennsylvania, has been postponed, according to his manager. Santana and his band are on tour with Earth, Wind & Fire.

Haley Chi-Sing is a Fox News Digital production assistant. You can reach her at @haleychising on Twitter.