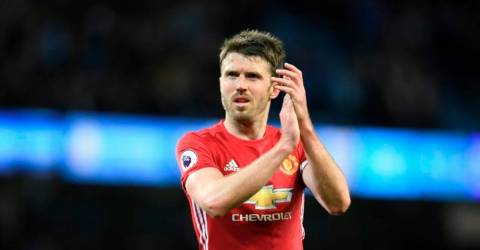 MIDDLESBROUGH have appointed ex-Manchester United caretaker Michael Carrick as their new manager, the second-tier Championship club said on Monday as the former midfielder landed his first role as a permanent boss.

The 41-year-old former England international replaces Chris Wilder who was sacked earlier this month when the club were in the bottom three.

“Middlesbrough was the first professional club I played for as a nine-year old boy, so it’s a very special feeling to be back here as a head coach,“ Carrick said in a statement.

“Growing up in the north-east myself I’m fully aware of what football means to people. It’s a real privilege for me to be in this position and to feel all the passion and enthusiasm you’ve got for the game and for Boro.

“I’ll give everything to help develop the team and keep moving the club forward and make you the supporters proud. I can’t wait to get started.”

Middlesbrough have been struggling in the Championship and sit 21st in the standings after 16 games — one point above the relegation zone. They play Preston away on Saturday.

Carrick made more than 700 club appearances in his career and won five Premier League titles and the Champions League at United under Alex Ferguson. – Reuters