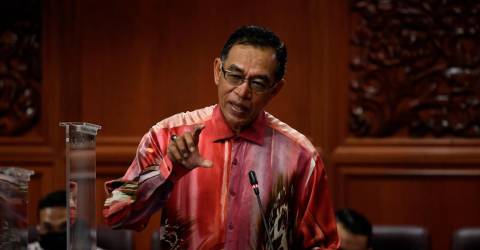 KUALA LUMPUR: The Dewan Negara was told today that the setting of the maximum price of goods was to ensure that they were not sold at too high a price, but this did not necessarily mean that the items would become cheaper.

“For example, chicken, today we (KPDNHEP) put a maximum price of RM9.60, meaning maybe a trader can (buy) chicken at a cheaper price, he may sell it for RM8.

“… suddenly because the government set the maximum price, he raises it to RM9.60. This is what happens,“ he said when winding up the debate on the Trade Descriptions (Amendment) Bill 2021.

Rosol said to address the issue of rising prices of essential goods, KPDNHEP planned to implement a pilot project involving the cooperation of industry players, traders and local authorities.

“We will discuss with the local authorities, and then put labels on certain shops that want to lower the price or are willing to accept the price we set. These traders may be given rental rebates, and this will lead to lower prices,“ he said.

Among others, the Bill is expected to develop local talent and expertise in the space industry, as well as make Malaysia a country that not only used technology, but also got involved in the development of related technologies.

He said the amendments were aimed at protecting the interests and preserving public confidence in the banking and insurance system, thereby maintaining the stability of the financial system as well as stimulating Malaysia’s economic growth and prosperity.