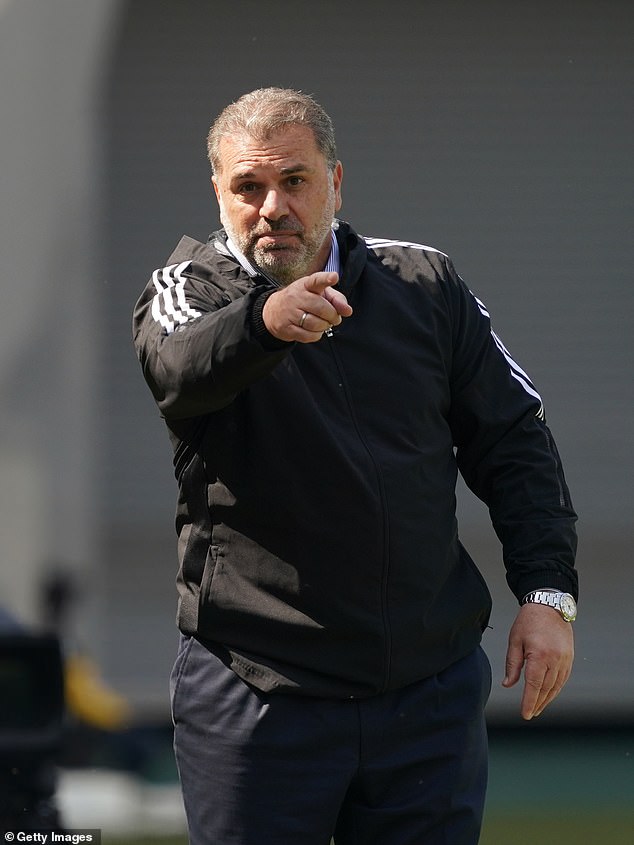 Celtic have confirmed the appointment of Ange Postecoglou as their new bossThe manager will join the Scottish side from his old club Yokohama F. MarinosHe will join the squad in Lennoxtown and take charge of their pre-season training

Postecoglou will join Celtic from his former club Yokohama F. Marinos – where he delivered the J League title after previously claiming the Premiership and Championship Titles in Australia’s A League.

Postecoglou will join the squad in Lennoxtown and take charge of their pre-season training camp in Wales, which begins on July 5.

Postecoglou – who has signed a 12-month rolling contract with the Scottish club – says the opportunity to manage such a team is a ‘great honour’.

He told the club’s official website: ‘The opportunity that has been given to me is one of the greatest honours in football and the responsibility to lead our magnificent football club into the future is one that I will cherish dearly.

‘Celtic is one of THE names in world football, of that there is no doubt – a giant of a club, a proper footballing institution and so much more – real history, real substance, real authenticity and real soul. I know Celtic is a true way of life for so many people and I know the demands which come with this position – I am ready to do all I can to meet those demands.