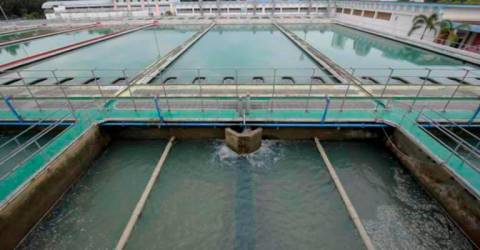 ALOR SETAR: A change in policy by the previous Kedah government has been blamed for the delay in plans to upgrade five water treatment plants (LRA) in the state.

Kedah Menteri Besar Datuk Seri Muhammad Sanusi Md Nor claimed that had it not been changed, then efforts to overcome water supply problems in the state could have been implemented earlier and, probably, would not have lasted until now.

“It was only after a change in the leadership of the state government in May 2020 that efforts to overcome the problem were reactivated.

“Since then, more concrete and comprehensive solutions have been implemented in accordance with the procedures and advice of the Ministry of Environment and Water and National Water Services Commission (SPAN),” he said in a statement today.

He said that after being delayed for a long time, the projects to upgrade the five LRAs, namely the Pelubang LRA in the Kubang Pasu district, Lubuk Buntar Lama LRA (Bandar Baharu), Sungai Limau LRA (Baling), Jenun Baru LRA (Pendang) and Bukit Selambau LRA (Kuala Muda), were implemented in the middle of last year.

He said all five projects, costing a total of RM931 million, are expected to be completed in the next three years.

Muhammad Sanusi said the state government had also drawn up plans for the reduction of non-revenue water (NRW), including replacing pipes statewide that will cost almost RM1 billion.

He added that besides the long-term plans, Syarikat Air Darul Aman (SADA) had also implemented various efforts, including contingency plans, to tackle water supply problems during the recent Aidilfitri celebration.

He said the state government and SADA had made concerted efforts to reduce the people’s hardship due to the water supply problem in Kedah.

“Insya-Allah once these five LRA upgrading and pipe replacement projects statewide are completed, there will be no more water supply disruptions in the state.

“On behalf of the state government and SADA, I apologise for the frequent water supply disruptions in certain areas but, rest assured efforts to overcome these problems are being, and will continue to be, carried out,” he said.-Bernama