The army of young voters supposed to sweep Jeremy Corbyn to power was swamped by the sheer common sense of ordinary people determined to honour the result of the referendum.

But as I celebrated on Thursday night, one fact was unavoidable: from early morning at the polling station to the late-night coverage on TV, there was barely a young Tory to be seen. There was no talk of a Youthquake for the Conservatives.

Statistics breaking down the vote by age are yet to be released but as recently as last month, YouGove analysis suggested that 51 per cent of voters under the age of 30 would support Labour, with only 20 per cent backing the Conservatives.

Part of this is cultural. The young have always been more drawn to radical ideas. It doesn’t help that so many Tory politicians – even those who purport to be young – dress as though we’re still in the 1930s.

But this Conservative Government’s failure to appeal to voters in their 20s and 30s goes deeper and Boris Johnson has a huge amount to do if he wants to win over a generation that feels increasingly abandoned. Most of my friends refuse to even consider voting Tory.

One immediate priority must be to tackle the disastrous shortage of affordable housing. 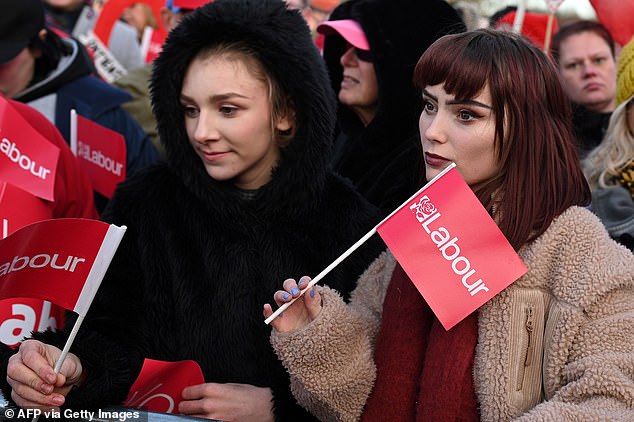 When, on a special edition of Question Time, presenter Emma Barnett asked the young audience which of them owned their home, no one put their hand up.

When she put the same question to a group of MPs, every one of them did.

This partly explains the lack of political response. If MPs had to traipse around for months viewing grotty flat after grotty flat, they too would understand the scale of the problem.

My friends and I are now in our 30s and are lucky enough to hold down good jobs. But we are ‘generation rent’.

None of us owns a flat, let alone a house, and the consequences are serious.

It’s hugely expensive, for a start. I have to pay £1,250 per month for a modest one-bedroom apartment in London, and that’s without bills.

My generation can’t afford to start a family and don’t have the space to house one.

The housing shortage is not a minor irritant, it is a national emergency and the Conservatives – who are supposed to be the party of home ownership and family values – must act. 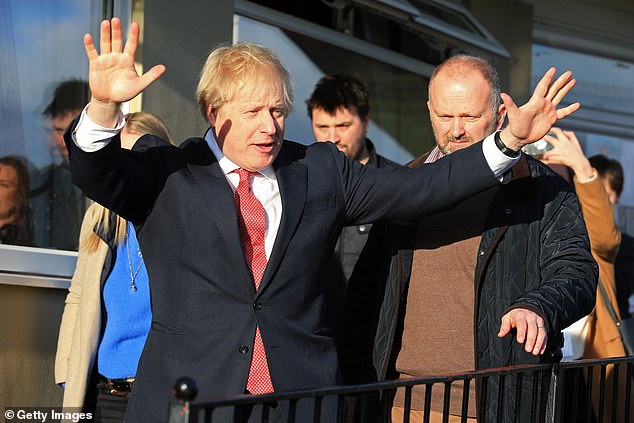 Boris Johnson (pictured in Sedgefield) must pay attention to the lives that younger voters lead, their concerns and priorities, including climate change, writes Charlotte Gill

The absurdly high cost of transport is another factor making life unaffordable for young people.

When the Government did try to help by issuing a 26-30 railcard, only 10,000 were released and demand was so high that the website crashed on the first day of sales.

The over-60s, meanwhile, are getting free travel cards even though many of them are comparatively well off.

Even work itself has become a concern, particularly for those just starting out. Traditional routes to well-rewarded employment are vanishing.

There are too many graduates for the number of graduate-level jobs and high-quality training opportunities are few and far between. 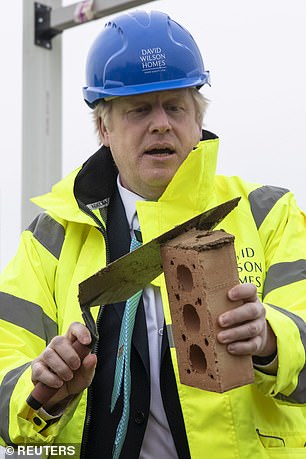 When I asked my Twitter followers how the Tories can help young people, large numbers of them said we need government investment in apprenticeships, particularly in the north of the country.

The way we work is changing rapidly – the number of self-employed 16-24-year-olds has doubled since 2001 – but almost no one in power has recognised this.

The Conservatives must engage with the growing numbers choosing to work from home, encouraging them to take on pensions, for example.

They could also think about encouraging the growth of shared workspaces and libraries.

Today’s young adults can’t retire to the study, remember. There’s no spare bedroom to work from.

Above all else, Boris Johnson must pay attention to the lives that younger voters lead, their concerns and priorities, including climate change.

Yes, the Conservatives have set some bold targets, pledging to bring greenhouse gas emissions to net zero by 2050.

But this message hasn’t yet got through. They should put more effort into persuading businesses to cut their use of plastic. They could ban cars from parts of Central London.

They could show they are actually listening and that the UK’s young adults are every bit as important as traditional Conservative voters.

We are, after all, the future.