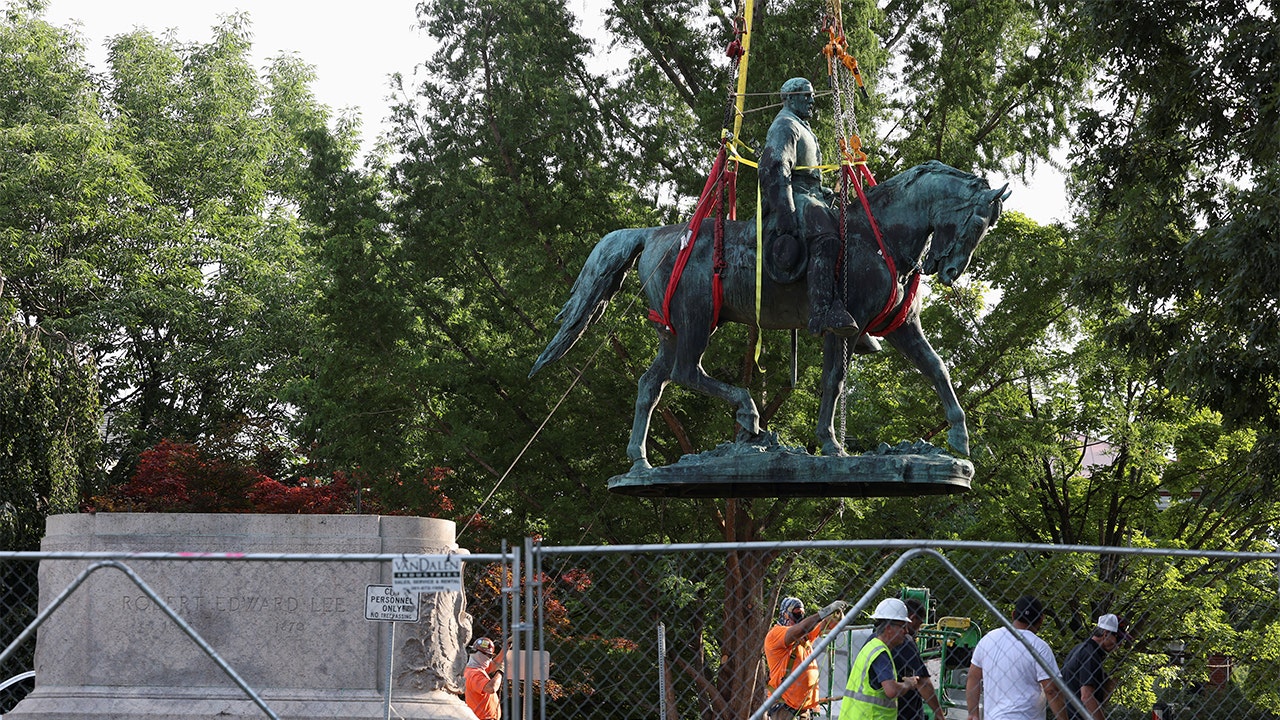 The city council of Charlottesville, Virginia, voted 4-0 Tuesday in favor of donating a controversial statue of Confederate Gen. Robert E. Lee to an African American heritage center, which plans to melt down the statue and turn into a piece of public art.

The bronze equestrian statue of Lee, which featured prominently in the 2017 Unite the Right rally, was removed by the city in July, as well as another one depicting Confederate Gen. Thomas “Stonewall” Jackson. The Virginia Supreme Court ruled in April that the city could remove them.

The council members voted to give the statue to the Jefferson School African American Heritage Center, whose “Swords Into Plowshares” proposal received letters of support from people and organizations that included the Descendants of Enslaved Communities at the University of Virginia, as well as descendants of slaves who worked at former President Thomas Jefferson’s Monticello estate.

“Our hope with ‘Swords into Plowshares’ is to create something that transforms what was once toxic in our public space into something beautiful that can be more reflective of our entire community’s social values,” the center’s executive director Andrea Douglas said. “We’re giving people opportunities to engage with our own narratives and our own histories. This project offers a road map for other communities to do the same.”

The group also raised $590,000 for the project, which will also include a “community engagement process” to inform the public about the art project.

The report comes days after Gov. Ralph Northam, D-Va., announced the imminent removal of the pedestal on which another controversial statue of Lee stood for 131 years in Richmond.

The land that housed both the statue and the plinth will be returned to the city, the state’s Democratic governor explained in a press release.

“This land is in the middle of Richmond, and Richmonders will determine the future of this space,” Northam said. “The Commonwealth will remove the pedestal, and we anticipate a safe removal and a successful conclusion to this project.”

The pedestal had been defaced with profane, anti-police graffiti.