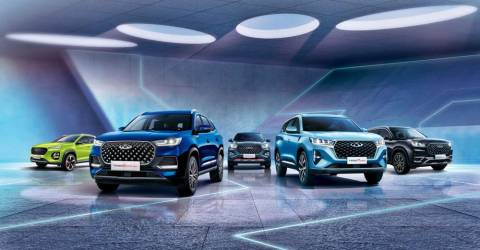 THE last time Chery was in Malaysia was some 17 years ago and its experience was not good, nor would those who bought its products have had good experiences either. To be fair, the market conditions then were different, the products were also not as advanced and the brand was handled by a local company. When it left the market, it was not missed although its return has been much anticipated.

However, while Chery has entered neighbouring markets and started its business over the past year, it has been careful with the Malaysian market because it knows that its past image was not good. So it has been hard at work trying to present a better image, which is why you would have seen and read a lot about the brand, what it promises and what products are going to be available – but it did not start up.

Now, after months of preparing the market, Chery is officially back with a preview event today. And this time, it is directly involved in marketing activities with its own company, Chery Malaysia, and is therefore responsible for its own destiny. Other carmakers have also found it better if they are closely involved and direct the business in the market as they are the brand owners. Customers ultimately benefit as brand owners will always be thinking long-term and be willing to spend to grow the business.

“At Chery, getting close to consumers is of paramount importance. Besides communicating our recent global successes and showing them our leaps in technology, quality and design, this preview event is also a platform for us to directly engage with Malaysian consumers and deeply understand their hearts and minds with regards to automobiles,” said Chery Malaysia’s Country Director, Leo Chen.

For its return to Malaysia, Chery will start off its range with no less than 5 models. But don’t expect names like QQ or Eastar which would bring back bad memories although the Tiggo is back in a much more modern form with the latest technologies. While the original Tiggo in 2007 was essentially a single model, today it is the name for a family of SUVs of different sizes.

The model that is drawing a lot of attention is the OMODA 5, a fairly new SUV model that only began sales in China in the middle of this year. Its bold styling gives it a character that is quite distinct in a crowd of SUVs (and the SUV market is pretty crowded). The pictures, however, make it look bigger than it actually is and its dimensions of 4400 mm length and 1830 mm width actually put in in the Proton X50 and Perodua Ativa class. So it’s a ‘B+’ segment model but not too big to qualify to be in the C-segment.

There are a few engine options for the OMODA 5 and Chery Malaysia has not confirmed which one they will offer. The unit being previewed today had a 1.5-litre engine and with the limited information available, we only know from sites in China that it has an output of 156 ps and a 9-speed CVT. There is also a 1.6-litre TGDI engine available and drivetrains are front-wheel drive or all-wheel drive. The specs Chery decides for Malaysia would be determined by the feedback they get from today onwards.

As for the Tiggo Pro range, there are three models – 4, 7 and 8. This range has already been launched in many markets The Tiggo Pro 8 is the flagship of the range, with 3 rows of seats. It is powered by a 197 ps/290 Nm 1.6-litre turbocharged direct-injection petrol engine, one of Chery’s powerplants which has won awards in China for its high efficiency. There is also a plug-in hybrid (PHEV) version which was previewed, and this might also be among the models to be sold in future.

One notch down is the Tiggo Pro 7, a C-segment SUV which has a 156 ps/230 Nm 1.5-litre turbocharged engine with a CVT. The entry-level model will be the Tiggo Pro 4, which is a compact SUV with a 111 ps/141 Nm 1.5-litre engine and CVT. There are other engine options for all the models but we suspect that Chery Malaysia will pick these and have only front-wheel drive for the Tiggo Pro range and AWD for the OMODA 5.

As always, when asked about pricing, the answer is ‘competitive’, and Chery Malaysia is aims to compete in Malaysia with its products assembled locally. From what we understand, the local assembly plan is a certainty and they are probably waiting for regulatory approvals and reviewing the incentives that are offered to investors. Alternatively, some models might also come from Indonesia where Chery’s factory began operations a month ago. These can be imported and sold without import duty as a benefit under the AFTA agreement.

Of all the Chinese companies, Chery would have the longest experience overseas, having exported its products for over 20 years. While its early years may have been marked with failures in some markets (like Malaysia), it has nevertheless steadily increased its export volumes and has been China’s top passenger car exporter for 19 consecutive years. It has sold over 10 million vehicles worldwide in 80 countries and regions so it is a global player. – By Chips Yap