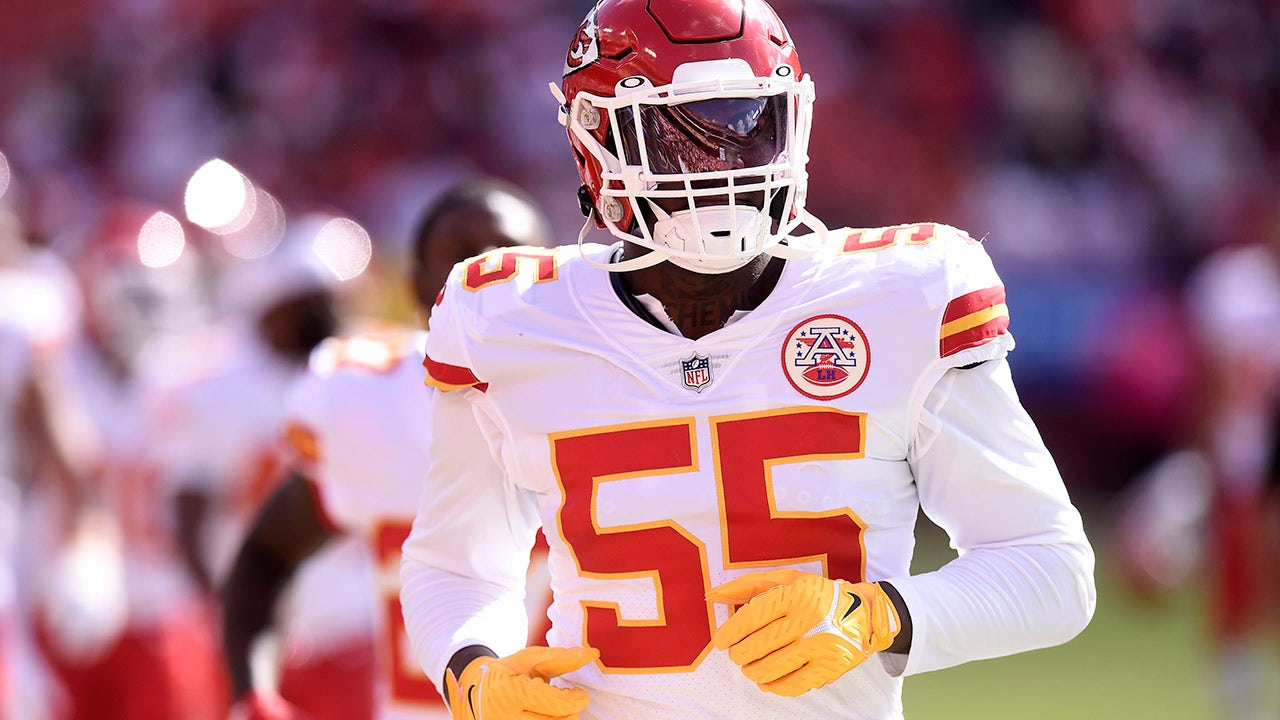 TMZ Sports reports that Clark, who was originally charged with illegal possession of a firearm, had a count of possession of an assault weapon added by Los Angeles prosecutors this week.

Clark is due in court for a hearing for the June arrest on Jan. 17, one week after the Chiefs’ season is scheduled to end, TMZ reports. He has pleaded not guilty.

“Officers noticed a bag with an Uzi sticking out in plain sight in the car,” Los Angeles Police Department spokesman Tony Im told the Associated Press in June.

The 28-year-old was released on $35,000 bond, and his attorney, Alex Spiro, said the gun belonged to the NFL player’s bodyguard.

“We are aware of the matter, which will be reviewed under the NFL’s personal conduct policy,” NFL spokesperson Brian McCarthy told the AP in June.

TMZ reported in July that Clark was also arrested by California Highway Patrol on March 13 after a similar incident, where he was stopped by police for not having a front license plate when officers saw the “muzzle of a handgun” sticking out of a bag. He has also pleaded not guilty in this case.

The LA-native played his first four NFL seasons with the Seattle Seahawks before being traded to the Chiefs in 2019. He was part of the Chiefs’ Super Bowl-winning team in the 2019 season and overall has 49 sacks in 91 career games before the start of this season. He signed a five-year contract worth over $100 million when signing with Kansas City.

Frank Clark #55 of the Kansas City Chiefs warms up before the game against the Washington Football Team at FedExField on October 17, 2021 in Landover, Maryland.
(Photo by G Fiume/Getty Images)

Clark previously was arrested in 2014 on suspicion of domestic violence over an incident at an Ohio hotel, leading to his removal from the University of Michigan team, the AP reports. He later pleaded guilty to a lesser charge of disorderly conduct.