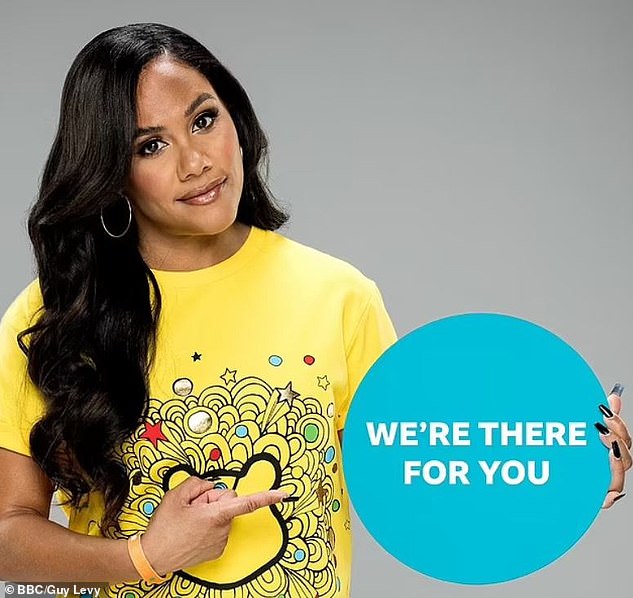 For the past 42 years, Children in Need has never failed to bring the country together to raise money for an excellent cause.

And this year is set to be filled with sketches, musical performances, and even promises a ‘big surprise’ as it returns to screens on November 18.

Who will be presenting this year’s Children in Need?

Last month, Alex Scott was announced as a presenter for this year’s BBC show, as she returns for her third year.

The former Arsenal footballer, 37, will host the evening alongside Jason Manford, Ade Adepitan MBE, Mel Giedroyc and Chris Ramsey from the BBC studios in Salford.

Last month, Alex Scott (pictured) was announced as a presenter for this year’s BBC show, as she returns for her third year

BBC Children In Need is an annual fundraiser which raises money for disadvantaged children.

In July, it was revealed that last years appeal raised £51million for people facing disadvantage across the UK.

The charity is currently supporting over 2,300 local charities and projects across the country. 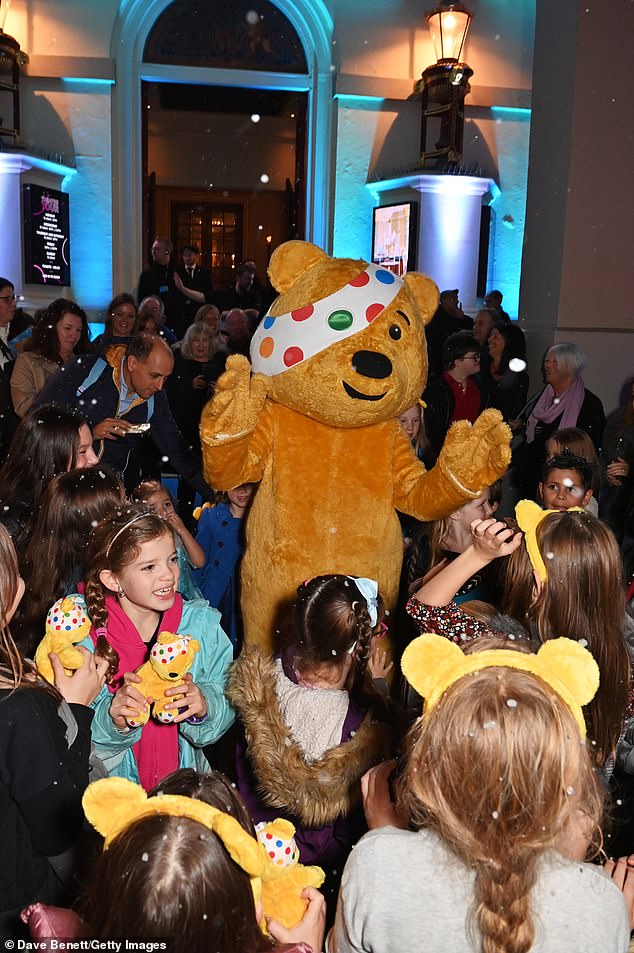 BBC Children In Need is an annual fundraiser which raises money for disadvantaged children. Its mascot Pudsey pictured earlier this month

What will be on TV tonight for Children in Need?

The BBC website also promises an exciting line-up, featuring Bradley Walsh as host of a children’s takeover of Blankety Bank – a gameshow – which contestants Maisie Smith and John Waite.

Another segment to watch is The Repair Shop, with the team set to share a ‘very special restoration’ revealed on the BBC Children in Need stage.

Celebrities will also have their tales judged by youngsters in a special showing of Graham Norton’s Red Chair, with Romesh Ranganathan set to host a Children In Need edition of The Weakest Link.

Other highlights set to entertain include a Fundraiser of the Year award, introduced by BBC Radio 2’s Michael Ball OBE.

An exclusive broadcast of the UK’s first-time performance of its Junior Eurovision Song Contest act will also air.

Appeal films will air throughout the evening, and musical and dancing acts are also expected from Lewis Capaldi, dance group Diversity, and the beloved Children In Need Choir, with their take on Keane’s Somewhere Only We Know.

Alex earlier today took to Instagram to share a sneak peak as the group rehearsed on the Children in Need stage, ahead of the big night tomorrow.

Meanwhile earlier this week, comedian Jason took a trip to Southampton, to witness the effect of donations on communities. 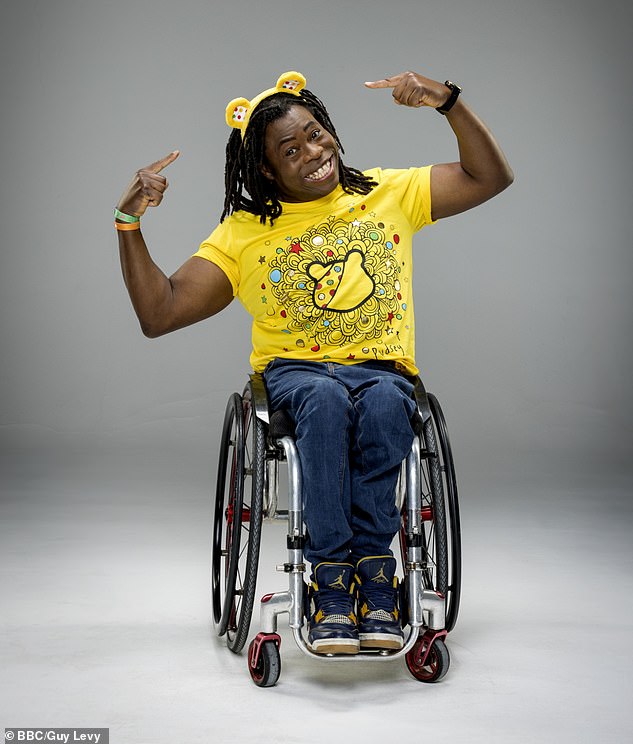 Last month Ade (pictured) also starred in a promotional clip ahead of the fundraiser, as the athlete faced off Pudsey in a hilarious game of ‘Bear Pong’

BBC’s Children In Need Instagram account posted a clip of the visit, writing: ‘Ahead of presenting our Appeal Show for the first time, @JasonManford went to visit Wildern Opportunity Group, to see how your donations make a difference.’

Chris too made his own visit,  to Kids Kabin, project funded by the campaign in Newcastle.

Last month Ade also starred in a promotional clip ahead of the fundraiser, as the athlete faced off Pudsey in a hilarious game of ‘Bear Pong’.

The post went to explain that the fun help the project’s ‘Friday group sessions for children from the age 0-5 years with special needs and complex health needs and their families’.

You can watch the Great SPOTacular Appeal Night on November 18, starting from 7pm on BBC One and iPlayer.

You can donate now by visiting the Children in Need website.