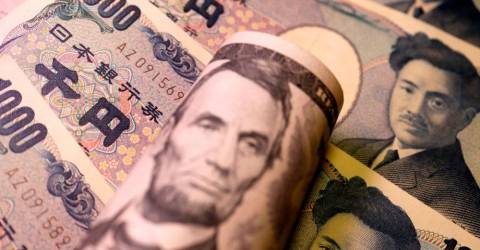 Chinese holdings dropped to US$1.003 trillion (RM4.43 trillion) in April, down US$36.2 billion from US$1.039 trillion the previous month, according to US Treasury Department figures. China’s stock of Treasuries in May 2010 was US$843.7 billion, data showed.

The reduction in Treasury holdings may also have been aimed at diversifying China’s foreign exchange holdings, analysts said.

The Chinese sales contributed to a drop in overall foreign holdings of Treasuries in April that helped propel yields higher. US benchmark 10-year Treasury yields started April with a yield of 2.3895%, and surged roughly 55 basis points to 2.9375% by the end of the month.

Japan’s holdings of US Treasuries fell further in April to their lowest since January 2020, amid a persistent decline in the yen versus the dollar, which may have prompted Japanese investors to sell US assets to benefit from the exchange rate.

Japanese holdings fell to US$1.218 trillion in April, from US$1.232 trillion in March. Japan remained the largest non-US holder of Treasuries.

Overall, foreign holdings of Treasuries slid to US$7.455 trillion, the lowest since April 2021, from US$7.613 trillion in March.

On a transaction basis, US Treasuries saw net foreign outflows of US$1.152 billion in April, from net new foreign inflows of US$48.795 billion in March. This was the first outflow since October 2021.

In other asset classes, foreigners sold US equities in April amounting to US$7.1 billion, from net outflows of US$94.338 billion in March, the largest since at least January 1978, when the Treasury Department started keeping track of this data. Foreign investors have sold stocks for four consecutive months.

US corporate bonds, however, posted inflows in April of US$22.587 billion, from March’s US$33.38 billion, the largest since March 2021. Foreigners were net buyers of US corporate bonds for four straight months.

US residents, meanwhile, decreased their holdings of long-term foreign securities, with net sales of US$36.7 billion, data showed. – Reuters