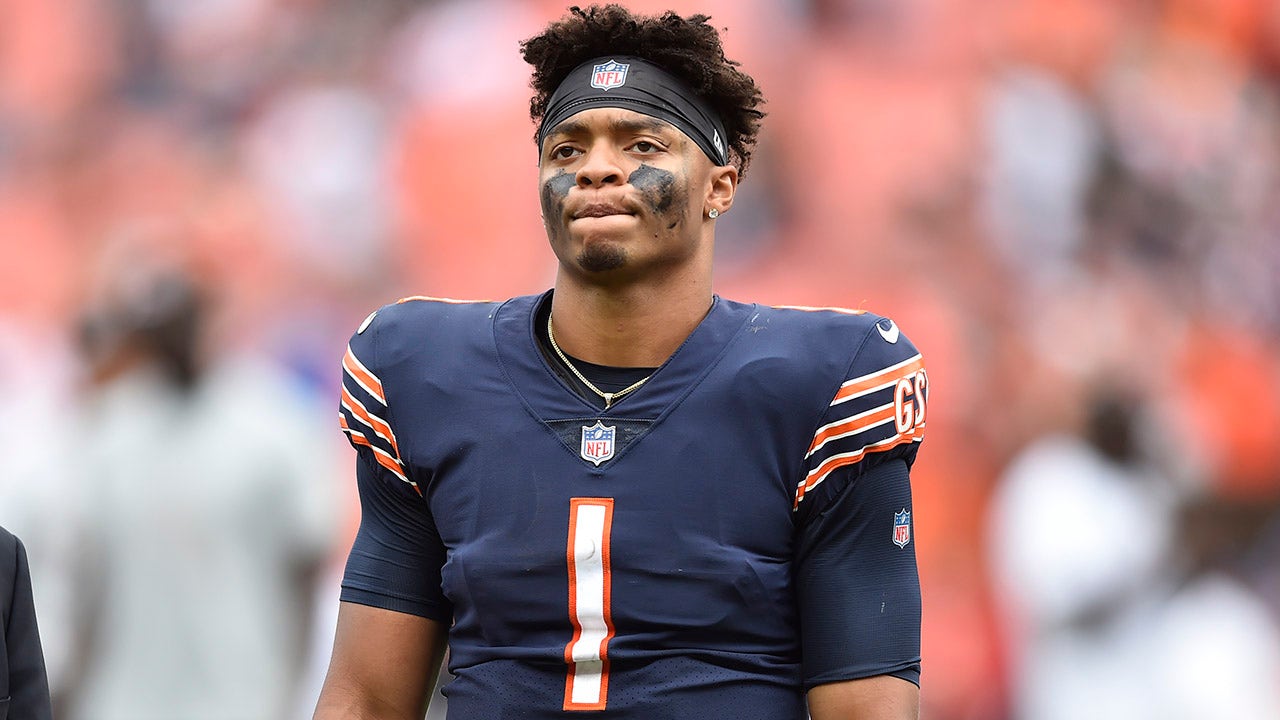 Simms made headlines before the 2021 NFL Draft, when he had Fields as the fifth best quarterback in the draft class, despite Fields’ high level of play at Ohio State. Simms had Fields mocked for Tampa Bay at No. 32 in the first round, with Trevor Lawrence, Zach Wilson, Mac Jones, and Trey Lance all mocked in the top 10.

Now that he’s had a chance to see Fields play, Simms admits he was wrong on his original scouting report, as he said during the latest episode of Chris Simms Unbuttoned.

A PERFECT EXAMPLE OF THE DIFFICULTIES OF NFL SHORT WEEKS

“I’m already feeling as far as all the quarterbacks in my rankings that I’m the most wrong about him (Fields),” Simms said. “I know I made him 5-6 to begin with and that’s the one I’m looking at.”

Fields became the starter for Chicago in place of veteran Andy Dalton in Week 3 and has made steady improvement in every game. While his 53.5% completion rate with two touchdowns and three interceptions don’t jump off the page, he’s 2-2 as a starter and he hung in well against the Packers on Sunday.

Simms notably had Lance ranked ahead of Fields in his rankings, but now he says that Fields is clear of the 49ers gunslinger.

“To me, he’s light years ahead of Trey Lance right now,” Simms said. “He’s not as raw. He knows how to play the position a little bit more rather than just being a great athlete who plays the position.

“And that’s what I like from him and of course he knows how to handle himself and do everything else the right way, too.”