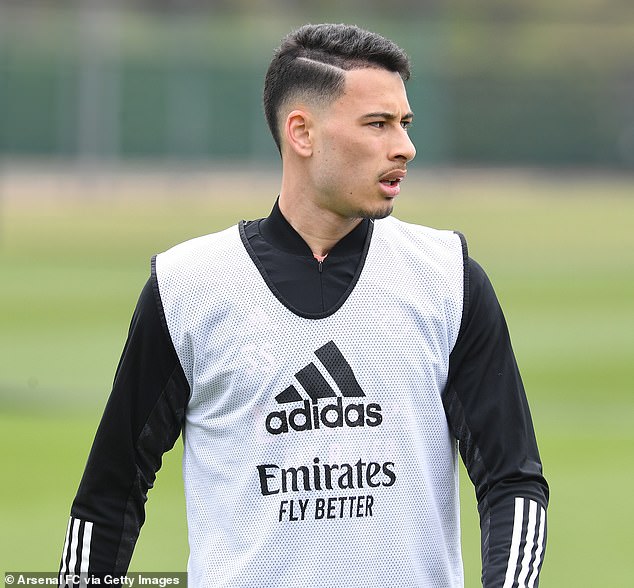 CHRIS SUTTON: Barcelona showed Arsenal how to beat Villarreal last week and Gabriel Martinelli is the man to exploit that space in behind… but they must be aware of Gerard Moreno!

By Chris Sutton for the Daily Mail

There is space to exploit behind this Villarreal back line.

A ball over the top and a curved run from Antoine Griezmann was how Barcelona equalised against them in LaLiga last week. That’s a job made for Arsenal’s Gabriel Martinelli.

Alexandre Lacazette and Pierre-Emerick Aubameyang are struggling to be fit for this semi-final first leg, so I’d like to see the 19-year-old Brazilian in the centre forward position.

Behind Martinelli, I would use the improving Nicolas Pepe on the left, the exciting Emile Smith Rowe at No 10, and the lively Bukayo Saka on the right.

These kids have bailed out their boss more than once this season. They can do it again on Thursday night.

This is 10th in the Premier League against seventh in LaLiga. Both clubs need this competition to make it into the Champions League. 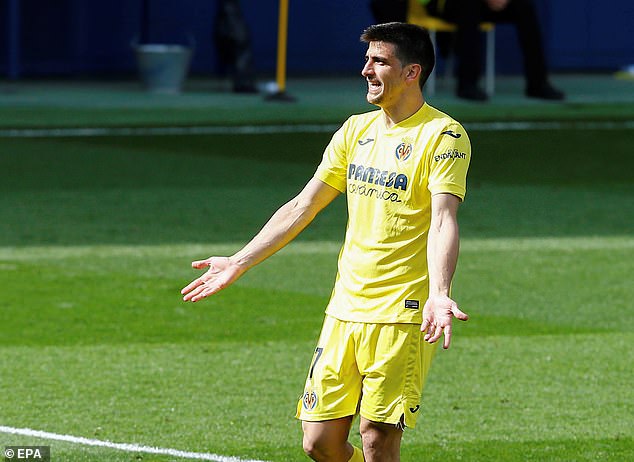 Unai Emery’s Villarreal like to keep the ball on the ground — they are a creative team with a striker in brilliant form.

Only Lionel Messi and Karim Benzema have scored more goals in Spain than Villarreal’s Gerard Moreno this season.

Arsenal’s back four need to be alert to him. Poor defending cost them against Olympiacos last season — don’t go giving Moreno any gifts on Thursday night.