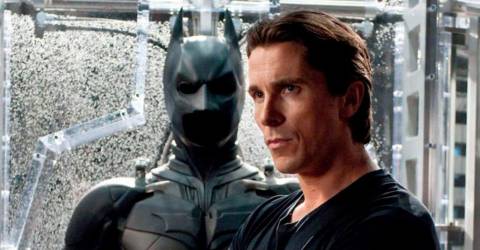 ACTOR Christian Bale is down to play Batman again on the big screen. The actor, who last starred as the iconic superhero in 2012’s The Dark Knight Rises, would be open to transforming into Gotham’s caped crusader for the fourth time.

But only under one condition: Christopher Nolan must direct the feature film.

Given their chemistry, the Batman star thinks it would only be fitting for the pair to reunite if the opportunity presents itself.

“I had a pact with Chris Nolan,” Bale added. “We said, ‘Hey, look. Let’s make three films if we’re lucky enough to get to do that. And then let’s walk away. Let’s not linger too long.’

“In my mind, it would be something if Chris Nolan ever said to himself, ‘You know what, I’ve got another story to tell.’ And if he wished to tell that story with me, I’d be in.”

But while his adaptations have paved the way forward, Bale has yet to watch the newer Batman releases.

“I still haven’t seen it. I will see it,” Bale said referring to this year’s The Batman.

However, the actor was quick to clarify, stating he rarely watches movies. But there are no hard feelings between Bale and Robert Pattinson. In fact, Bale had nothing but nice things to say about the British actor.

“Robert is an absolutely wonderful actor. We bumped into each other, talked a little bit about it ahead of time, and I heard wonderful things.”

Pattinson is the latest actor to play Batman in a feature film. Before him, Bale, Michael Keaton, George Clooney, and Ben Affleck were renowned for their portrayals.