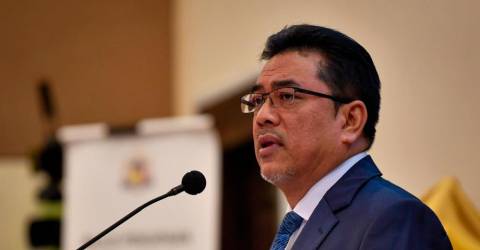 He said Sulaiman, who is Lendu State Assemblyman, will continue to hold the post of Malacca Chief Minister until the end of his term as had been agreed.

“We hope Sulaiman will continue to hold the post until the end of his tenure, which is for five years,“ he told reporters here.

He said this in response to an allegation that was uploaded on a Facebook account yesterday that Sulaiman has been forced to a sign a resignation letter as Malacca Chief Minister.

Mohamad Ali also said that the Malacca Umno will continue to support Sulaiman as Chief Minister.

Sulaiman was sworn in as the 13th Chief Minister of Malacca at the Office of the Yang Dipertua Negeri Melaka on Nov 21 last year after Barisan Nasional won the Malacca state election.