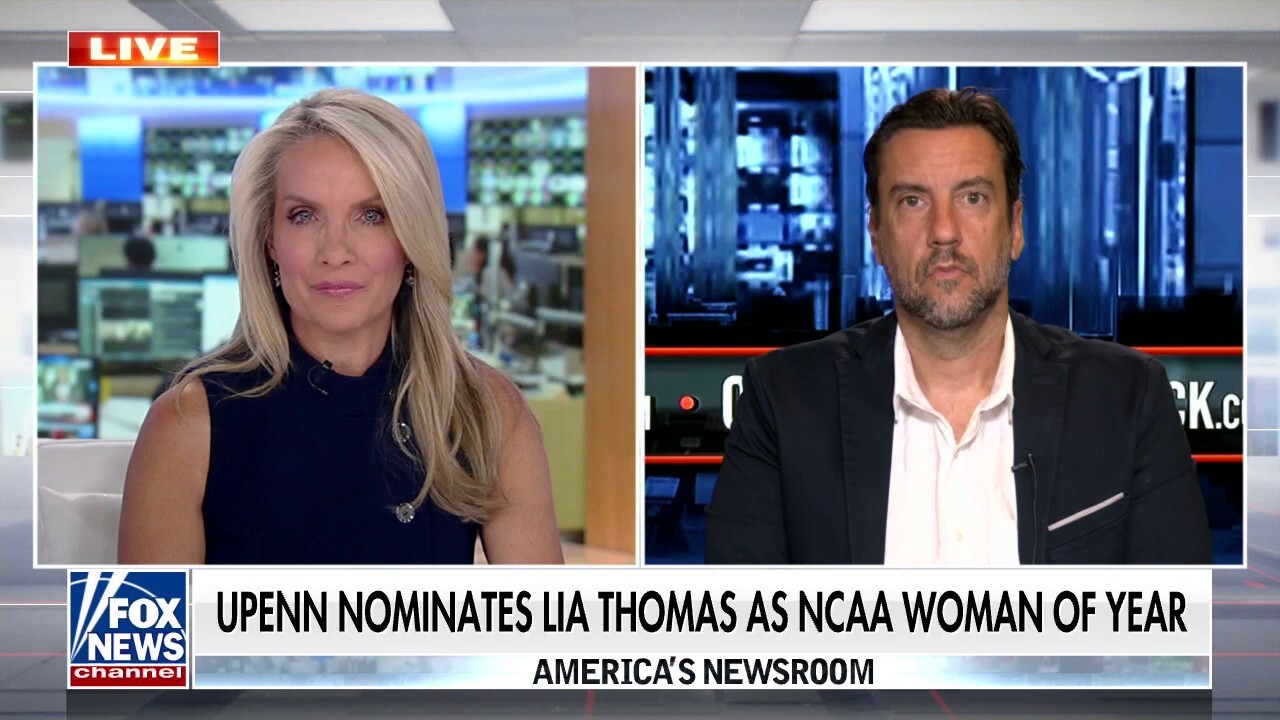 OutKick founder Clay Travis argued transgender swimmer Lia Thomas is an example of what the left said would “never happen” in women’s sports after her nomination for the NCAA’s “Woman of the Year” award. On “America’s Newsroom” Monday, Travis said transgender women, who were biological men at birth, are now becoming champions in women’s sports and setting new records.

CLAY TRAVIS: This is the culmination of what for years they told us on the left would never happen to women’s sports. Any time you pointed out, ‘Hey, wait a minute, there’s a lot of men who are deciding to identify as women. And this represents a threat at its most fundamental level to women’s athletics. Somebody who is a man is going to come out and set an all-time record in women’s sports.’ And everybody said, ‘No, no, you’re making it up. This isn’t happening anywhere.’ Lia Thomas made it happen. Lia Thomas was on the men’s University of Pennsylvania swim team. Talented collegiate male swimmer, decided to become a woman during his college tenure, then becomes one of the women’s champions in the 500 and now nearly sets all-time women’s records and now is being nominated for Women’s Athlete of the Year.