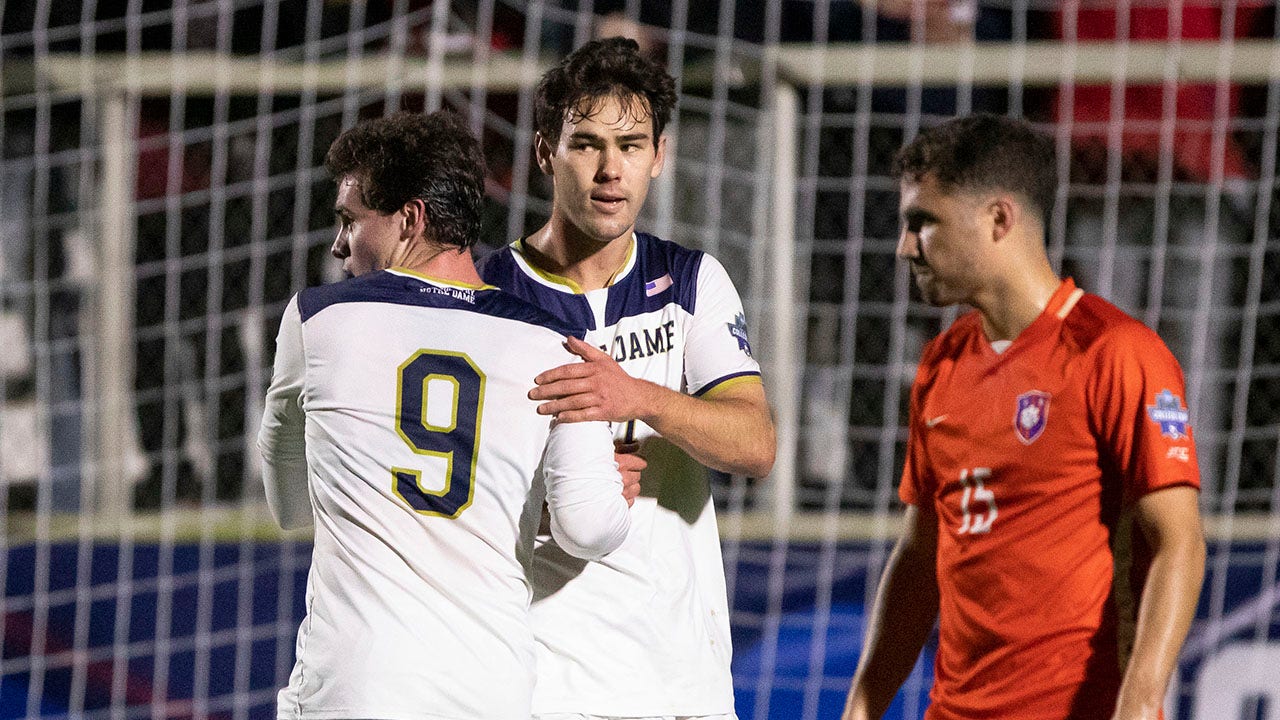 Justin Malou converted in a penalty shootout and Clemson advanced to the NCAA College Cup final after a 1-1 draw with Notre Dame on Friday night.

Clemson, which won the shootout 5-3, will face Washington in Sunday’s title game. The Huskies defeated Georgetown 2-1 in Friday’s later semifinal.

Tigers goalkeeper George Marks made a pair of big saves in the first overtime and stopped Notre Dame’s Philip Quinton in the shootout to set up Malou’s decisive kick.

“I thought it was really good soccer game, you had two different styles. And I felt that at the end of the day, our goaltender played exceptionally well,” Clemson coach Mike Noonan said. “The character of our team is something that we’ve relied on throughout the course of the year. It turned up again tonight.”

Clemson, which was a perfect 5-for-5 in the shootout, will play in the final for the fifth time in nine College Cup appearances. The Tigers won championships in 1984 and 1987.

“Honestly, I can’t tell you too much,” Marks said about the shootout. “I mean, did a lot of our research, all of their guys were pretty good penalty takers.”

Luis Felipe Fernandez-Salvador scored from distance in the 11th minute to put the Tigers ahead.

Clemson’s Diop Hamady’s foul in the box set up a tying penalty kick from Notre Dame’s Jack Lynn. It was Lynn’s team-leading 10th goal of the season and 31st of his career.

Notre Dame, which has appeared in 19 of the last 21 NCAA tournaments and won the title in 2013, came in with one one loss over its last 15 games and beat Clemson 2-0 earlier this season.