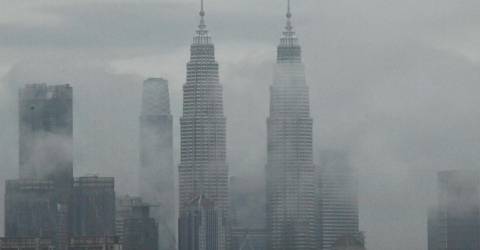 KUALA LUMPUR: The cold spell that is engulfing the country is expected to last until February next year, according to experts.

“So, when there are a lot of rain clouds, in terms of the sun’s rays being somewhat shielded, which causes the temperature to be lower compared to other periods of the year,” he told Bernama today.

At the same time, he said another factor was the rotation of the earth around the sun in December causing the sun’s position to be far into the southern atmosphere.

“When the sun tilts to the south, the northern hemisphere will experience winter. This will affect countries (like Malaysia) on the equator,” he said.

When asked about the lowest temperature the country is likely to experience, Mohd Hisham said flat land areas in the interior such as Kelantan, Pahang and Perak will be colder than other areas.

“In 2014, the temperature in Kuala Krai, Kelantan was recorded between 17 and 18 degrees Celsius. So, it is possible that it could happen again in that area,” he said.

“Now if you are in Kedah, at night it will be cold while during the day it will be scorching hot,” he said when contacted by Bernama today.

Dr Azizan said the winds that blew from China into Malaysia in early November were expected to end in February next year and could cause temperatures to plunge as low as 22 degrees Celsius.

“The change in (direction of) the monsoonal wind will indeed affect the temperature and this situation will also be influenced by the geography or position of an area, if it is in Genting Highlands the temperature is even more chilly,” he said.

Dr Azizan also said the cold spell was the effect of the North East Monsoon surge coming from the north.

“This season affects the amount of sunlight received in Malaysia which is reduced, with cloudy and rainy weather conditions. In addition, the chilly factor experienced is due to the Northeast wind blowing from Siberia,” he said.-Bernama