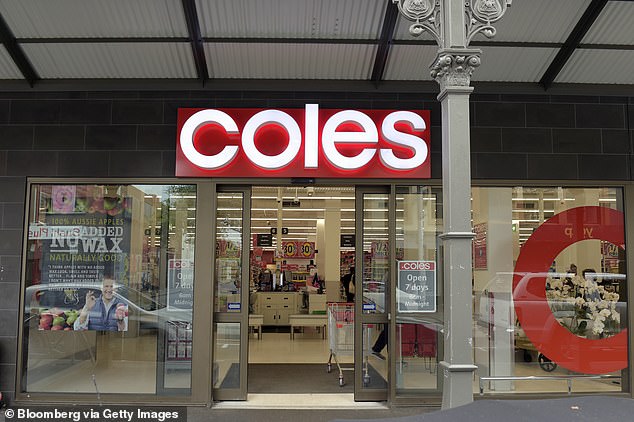 Coles have announced a $1billion profit for the 2021-2022 financial year as millions of Australians continue to struggle with the cost of living crisis.

The supermarket giant on Wednesday announced its net profit for the year was $1.05billion, up from $1.01billion the year before, after a two per cent lift in sales revenue to $39.37billion.

Coles executives say they are already seeing the impact of cost of living pressures on household budgets and expect sales to drop off further as fixed-rate mortgages lapse onto higher variable rates.

‘I think volumes overall will be challenging overall for the industry,’ group CEO Steven Cain said on Wednesday.

The supermarket said inflation in food items had jumped to 4.3 per cent in the fourth quarter of the financial year.

Up to 20 per cent of Coles shoppers customers have been affected by inflation and buying fewer and cheaper products but the supermarket said customers with secure jobs and incomes are still spending without restraint.

Coles have announced a $1million profit for the 2021-2022 financial year as millions of Australians struggle with the cost of living crisis (pictured, a Coles in Melbourne)

In the month following the end of its fiscal 2022, Coles saw further cost price inflation – especially in produce, bakery and packaged groceries.

‘There’s a cohort of customers, 20 per cent or more, who are going to be really disadvantaged and we need to look after, and the rest depends on what happens to hospitality,’ Mr Cain said.

Underlying earnings for the supermarket division totalled $3.02 billion in the year, a rise of 0.7 per cent, while the liquor division earned $278 million.

‘There is definitely a cohort of customers who are starting to trade down,’ Coles commercial and express chief executive Leah Weckert told analysts, referring to customers buying cheaper food brands.

‘It has been quite slow to come on, and I think that has been a result of quite good household savings, but there is definitely a cohort of customers that are starting to exhibit those behaviours now.’

They are buying more ‘core value’ food categories such as pasta, canned meals and canned veggies, and within those areas there has been much higher sales growth in Coles’ own-brand products versus more expensive proprietary brands. 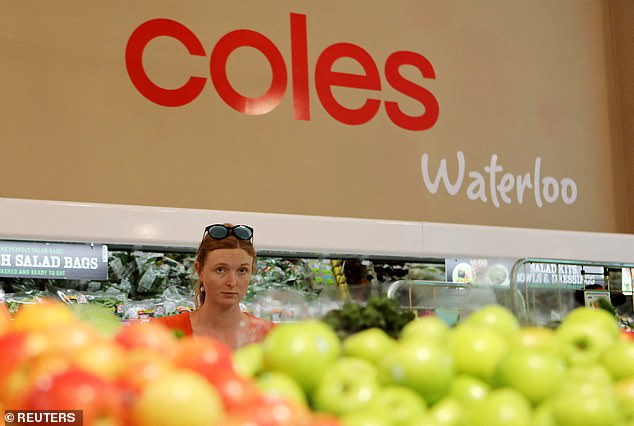 Coles believes at least 20 per cent of their customers have been impacted by inflation (pictured, a Coles shoppers in Waterloo, Sydney)

That’s in addition to a more longstanding trend Coles has noticed for the past couple of years in meats – consumers are substituting out of the red meats category for cheaper proteins like chicken.

It’s only a cohort of customers, Ms Weckert added, describing the spending pattern as almost kind of bifurcation.

‘At the upper end of the affluence spectrum for our customers, actually spending there is holding up very strong,’ she said, adding that government data shows hospitality spending is also holding up.

‘For customers who have secure jobs and good incomes, they’re still continuing to enjoy eating out, buying premium foods in the stores, and have less regard to what they’re spending on the grocery bill, regardless of the inflation that’s coming through,’ Ms Weckert said.

In June, the price of iceberg lettuces made headlines after some supermarkets began selling the salad staple for up to $10 after a series of devastating floods destroyed crops in southeast Queensland. 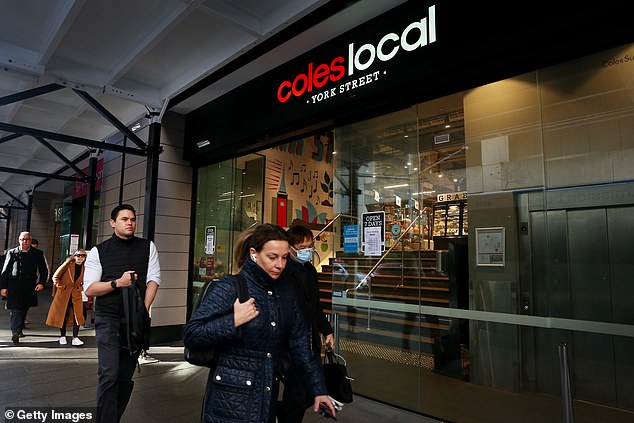 Up to 20 per cent of customers have been affected by inflation and buying fewer and cheaper products (pictured, pedestrians walk past a Coles in Sydney)

Mr Cain said the flooding-related produce shortages that hit Coles earlier in the year was mostly resolved, and Ms Weckert said she had recently been visiting iceberg lettuce farms in Queensland.

‘I’ve got to tell you, there is a lot of iceberg lettuce on its way,’ she said. ‘It is magnificent, and it’s of beautiful quality.’

To help customers on tight budgets, Coles has locked the price of 1,168 products across its supermarkets and online until at least January 31 next year and started cutting the prices of another 500 products.

Coles will pay a fully-franked final dividend of 30 cents per share, up from 28 cents a year ago. Its total payout for the year is 63 cents, up from 61 cents last year. 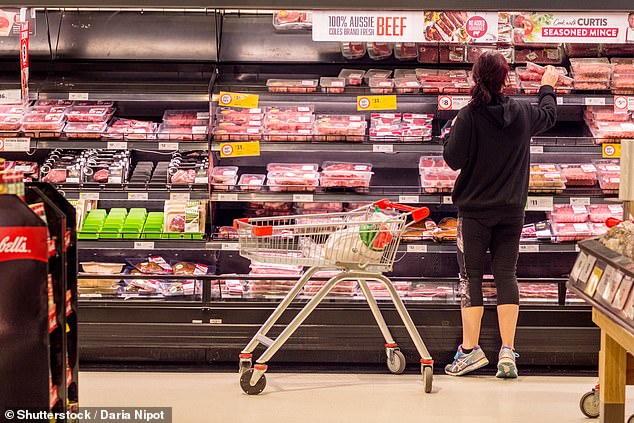 The company on Wednesday announced its net profit for the year ended June 26 was $1.05 billion, up from $1.01 billion the year before (pictured, a Coles shopper in Sydney)