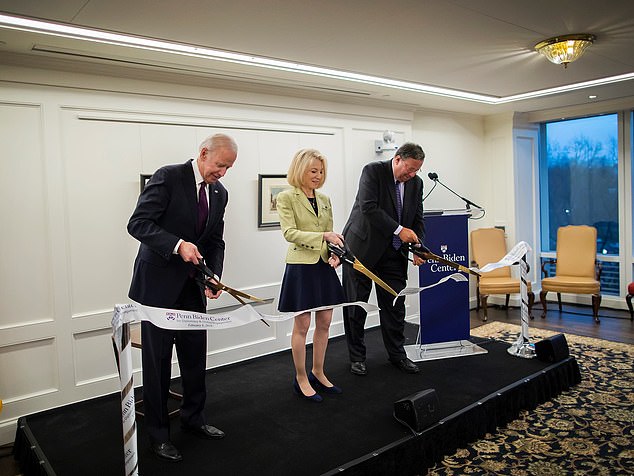 House Oversight Chairman James Comer has turned his investigatory powers to the Penn-Biden Center, demanding to know about Chinese donations to the university that funded the think tank and what members of Joe Biden‘s family had access to its office.

He asked the University of Pennsylvania to release a list of its Chinese donors, a visitor log to the think tank’s Washington D.C. location, and which Biden family members had key card access to the office.

The Republican from Kentucky is investigating how classified documents dating from Biden’s time as vice president ended up in his D.C. think tank and his Wilmington home.

Joe Biden, then-University of Pennyslvania President Amy Gutmann; and David Cohen, the then chair of Penn’s Board of Trustees, at the Penn Biden Center’s 2018 opening – Biden later named Gutmann ambassador to Germany and Cohen as ambassador to Canada 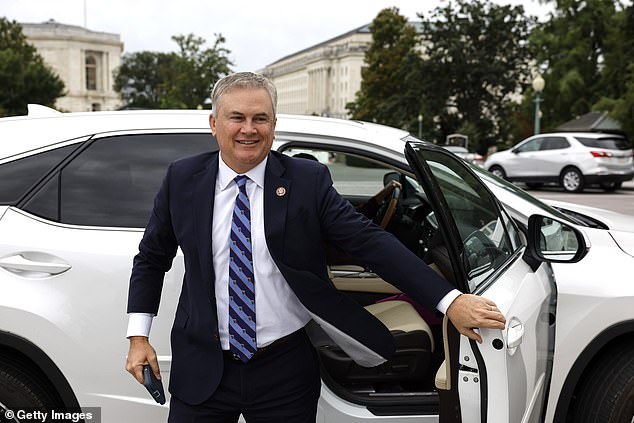 Comer’s queries come after he pressed the administration to release its visitor logs to Biden’s Wilmington home, where classified material was found in the garage and a private library.  The White House said such logs don’t exist given that it is a private residence.

Now Comer is targeting The Penn Biden Center for Diplomacy and Global Engagement, which was founded in 2017 after Biden joined the University of Pennsylvania faculty.

‘The Committee has learned UPenn received tens of millions of dollars from anonymous Chinese sources, with a marked uptick in donations when then-former Vice President Biden was announced as leading the Penn Biden Center initiative,’ Comer wrote to University of Pennsylvania (UPenn) President M. Elizabeth Magill.

Comer also demanded to know who had access to the center, noting that Hunter Biden, who was conducting business deals with Ukrainian and Chinese businessmen, ‘may have had access to the classified documents found at the President’s Delaware home since he listed it as his home address as recently as 2018.’

‘It is imperative to understand whether any Biden family members or associates gained access to the classified documents while stored at the Penn Biden Center,’ Comer wrote in the letter first obtained by Punchbowl DC.

He asked the University to provide the following information by February 1st:

The University of Pennsylvania confirmed they received the letter and said they will respond ‘in a timely manner.’

‘Since its inception in 2017 there have been three unsolicited gifts (from two donors) which combined total $1,100. Both donors are Americans. One hundred percent of the budget for the Penn Biden Center comes from university funds.’

The Penn Biden Center opened in February 2018 with a big party celebrating its founding. Photos from the time show several lawmakers, Obama administration officials and journalists at the event, where Biden took questions on foreign policy from NBC’s Andrea Mitchell.

Also in attendance were people who would become part of Biden’s administration, including Secretary of State Antony Blinken and Under Secretary of Defense for Policy Colin Kahl, who both worked at the Penn Biden Center. 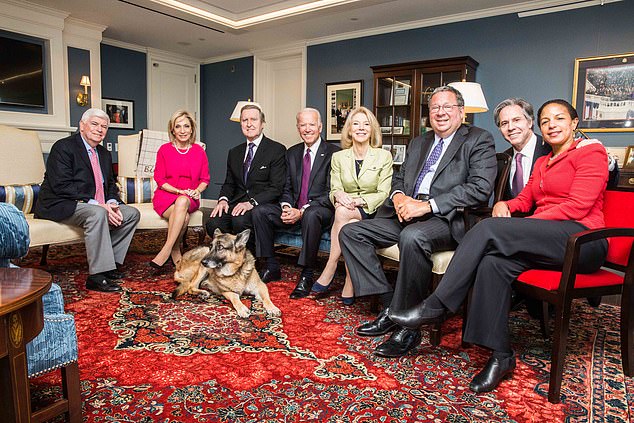 Joe Biden (center) at the opening of the Penn Biden Center – to Biden’s left are then-University of Pennyslvania President Amy Gutmann; then-chair of Penn Board of Trustees David Cohen; and Anthony Blinken who managed the center and later became Biden’s secretary of state

Blinken, who served as managing director of the center for two years, said on Tuesday that he had no knowledge of the classified documents found in a closet there and would cooperate with the special counsel’s investigation.

‘I was surprised to learn that there were any government records taken to the Penn Biden Center,’ he said. ‘I had no knowledge of it at the time.’

Ten top secret pages were reportedly found in a closet by Biden’s personal lawyers while cleaning out the office, preparing to shut it down. The White House notes the files were immediately turned over to the National Archives and the Justice Department, which named a special counsel to investigate.

The University of Pennsylvania, which funded the center, has taken millions in foreign donations, including from China and Saudi Arabia.

The university raised $257.9 million from foreign nations between 2013 and 2019, with China giving the most of any country, an investigation by the Philadelphia Inquirer found in 2020.

That time period includes Biden’s tenure at the university. UPenn paid Biden a large salary, reported to be much more than that of any other professor: a total of $776,527 in 2017 and 2018.

Biden left the university in 2019 when he decided to run for president.

Hunter Biden, meanwhile, was doing business deals with Chinese executives in 2017 and 2018 that paid $4.8 million to entities controlled by Hunter Biden and his uncle.

‘The unmatched personal connections Joe Biden has with world leaders is equally important to our students, our faculty, policymakers, and the work of this new Center. And it’s equally important because it is absolutely essential in furthering diplomacy and global engagement that is needed to advance the world order,’ she said.