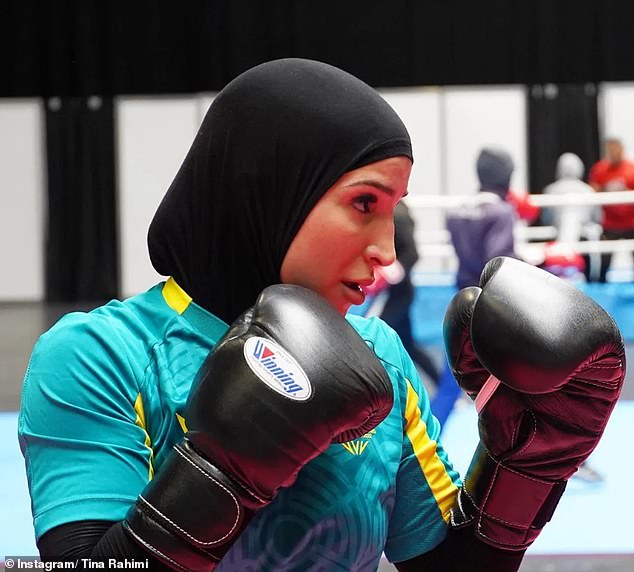 Tina Rahimi has travelled a tough road to become the first Muslim woman to box for Australia at the Commonwealth Games – and now she’s revealed the biggest obstacle to combining her faith with the punishing sport.

The Sydneysider will make history when she steps into the ring early on Friday morning to compete in the 57kg division, despite missing the team’s Games camp in Sheffield earlier this year – with her coach’s blessing – as she and teammate Taha Ahmad observed Ramadan.

A former make-up artist, Rahimi prays five times a day and observed the dawn-to-dusk fasting her faith requires during the ninth month of the Muslim calendar – which is extremely difficult to combine with boxing training and weight requirements.

‘Because of Ramadan, I couldn’t do the camp in Sheffield. There was no point of me going,’ she told the Sydney Morning Herald.

Rahimi will make history when she fights in the quarter finals of the 57kg featherweight class early on Friday morning, Australian time 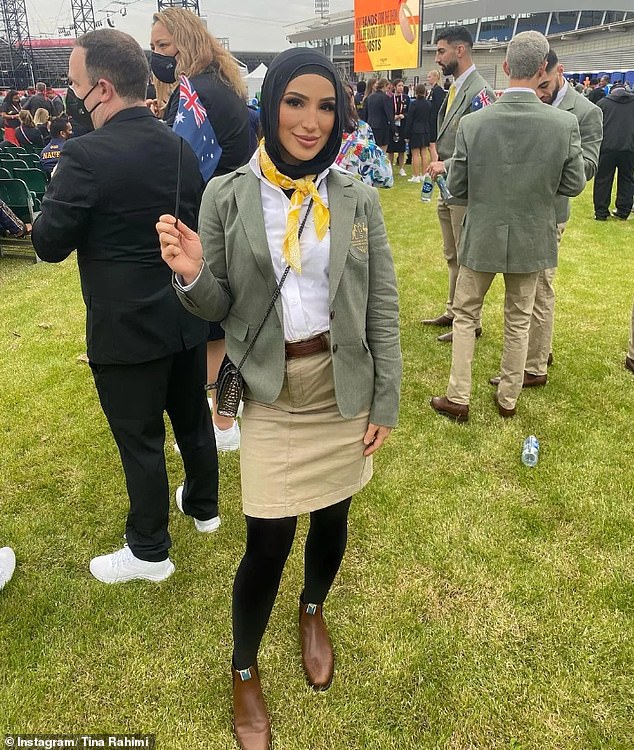 Observing Ramadan made it ‘really hard’ for Rahimi (pictured at the opening ceremony) to prepare for the Games. She even missed a training camp as she observed the holy month

‘The training in Ramadan is really hard. You train before you start fasting. Then you go to the gym an hour after you’ve eaten.

‘You’re hungry but you have to control your desires with food because you can’t eat too much, especially if you’ve got a comp.

‘It was tough because I had worlds straight after Ramadan this year, so I was training and trying to cut weight. I was missing out on daily events and controlling myself with all the good food. It was quite tough.’

Asked how she’d deal with people who don’t support her fighting because of her religion, she replied: ‘I’d say, “Got something to say?” Then, whack!’

Rahimi first got into the ring in a western Sydney gym in 2017, and by March of last year she’d progressed so rapidly she won the Commonwealth Games Australia Emerging Athlete of the Month award.

‘I love it, I love the aggression of it, I just love everything about it,’ she explained.

‘My mindset is I like to always stay ready for a fight. I’m not afraid to get hurt at all.

‘The whole point of boxing is to be smart. To hit and not get hit. 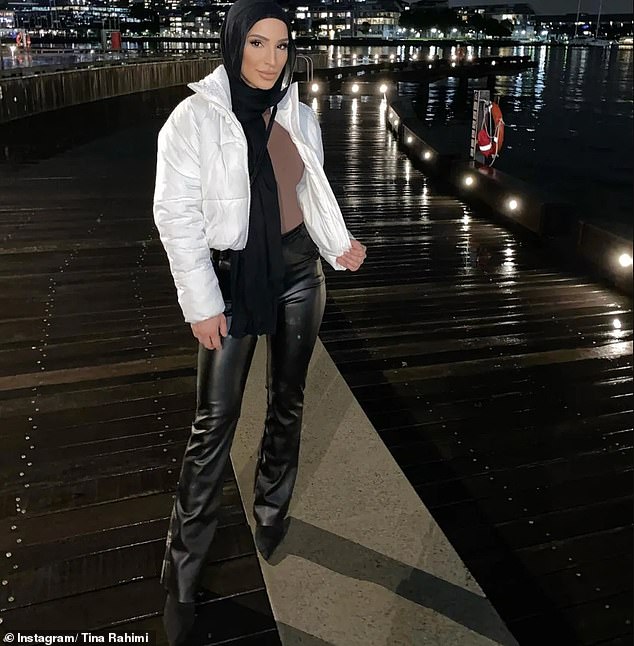 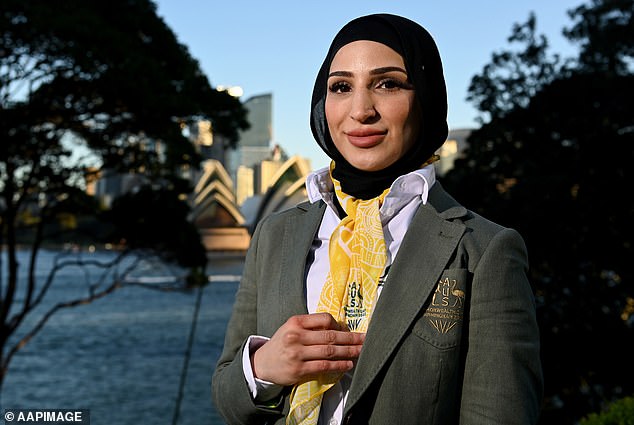 Rahimi took up boxing in 2017 after going to her cousin’s gym looking for a way to keep fit. He now coaches her and says they have to change the locks to keep her from overdoing it

‘It’s not like pain that would make you want to give up. It actually motivates me even more, to be honest.

‘If I get hit hard, you want to come back with a bigger shot. All the time.

‘I’ve always embraced the physicality. I was never scared to get hit. I even sparred with the boys and I’d get hit by a punch and still come forward.’

Her cousin and coach Muhummad Alyatim said she’s such a keen trainer they now have to change the locks on the gym to keep her from overdoing it.

‘I felt that she would be good for the gym, a great role model for the females especially in physical sport. To carry themselves to be strong and physically fit,’ he said.

‘Tina has great discipline. We’re trying to change the locks to keep her out of the gym, that’s the discipline that she has towards her training.

Rahimi got a bye in the first round of the competition in Birmingham and will have her first bout in the quarter finals, fighting at 4am Australian time.