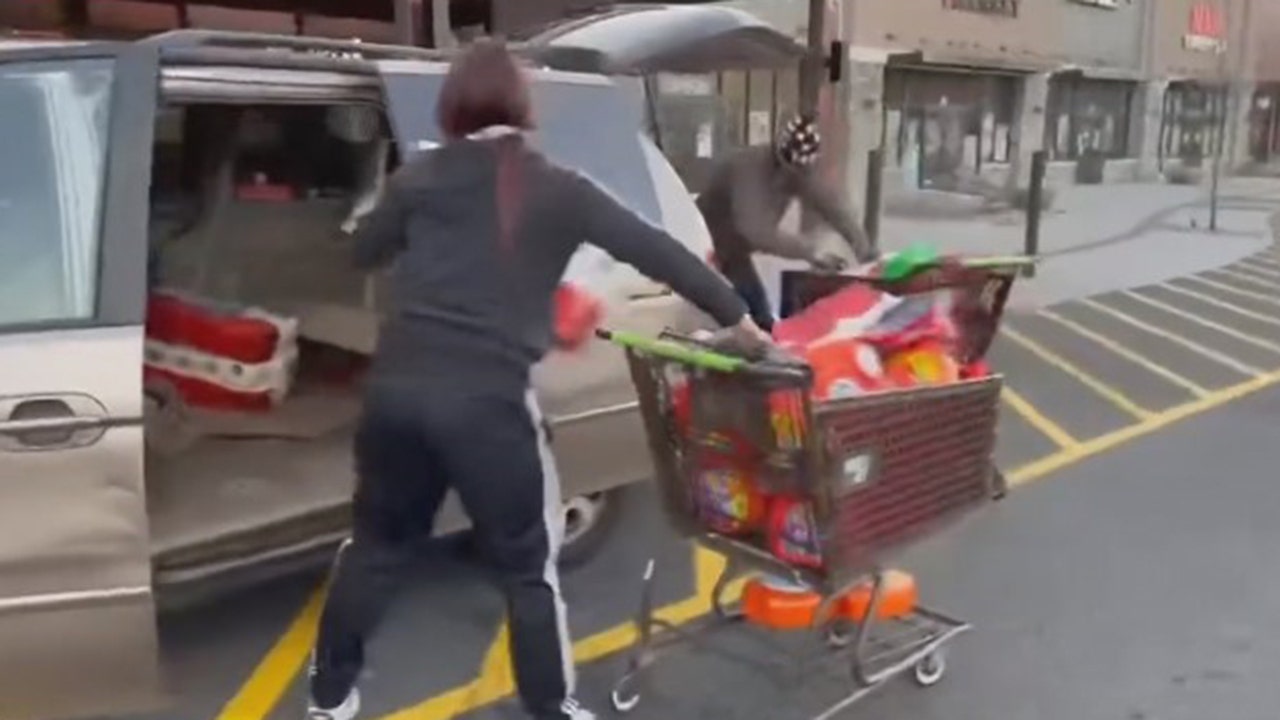 The Connecticut State Police have arrested three individuals in connection with a grocery store theft incident that was caught on camera and went viral.

Nasif Amir Muhammad, 51, and Brandy Quadrato, 36, were both charged this week in connection with a theft incident at the Market 32 grocery store in Oxford on Nov. 9 that went viral on social media.

James Hill, 44, was arrested on Nov. 18 in connection with the same crime.

Screenshot from a viral video of individuals unloading a shopping cart after allegedly leaving the store without paying, according to police.
(WFSB news)

Bond for the three individuals was set at $50,000, with Hill being the only one to post bond.

Muhammad and Quadrato were already being held at Massachusetts Department of Correction facilities on unrelated charges.

A 911 call was never placed regarding the incident, and a call came in through the Oxford Resident Trooper’s Office 10-minutes after the crime took place at 6:40 a.m.

“Had 911 been contacted in a timely manner, police personnel would have been able to attempt to intercept those involved. We would like to remind everyone to stay vigilant and not to engage with people like this when a crime is occurring,” the statement read.

A Connecticut State Police spokesperson said the investigation is ongoing.